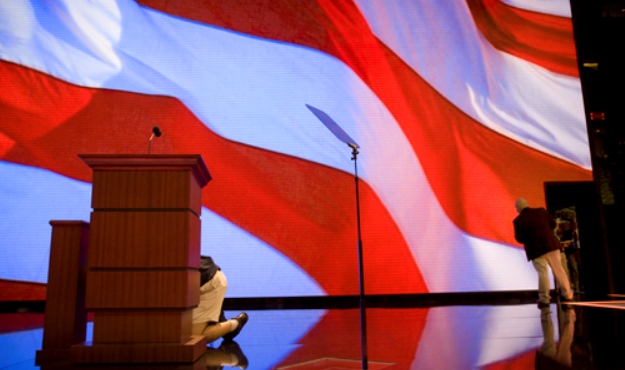 || By FITSNEWS || The flamboyant, filterless GOP presidential frontrunner says his rapid rise won’t ultimately wind up helping the electoral prospects of the establishment’s top choice for the job … Jeb Bush.

Billionaire real estate mogul Donald Trump – who has surged to the front of the 2016 “Republican” pack – is countering a theory advanced by National Journal that his ascendancy is actually a good thing for Bush’s prospects.

According to the publication, “Trump’s ascent could inadvertently help Bush, both by providing him a foil in the immigration debate, and also by dividing the populist conservative voters who are least likely to ever support an establishment favorite like the former Florida governor.”

“The paradox of Donald Trump’s bombastic presidential campaign is that his rise may ultimately benefit the rival he has attacked most vociferously,” author Ronald Brownstein concluded.

Trump thinks this theory is ridiculous.

“Nobody believes that,” he said during a Friday morning interview with MSNBC. “The one (who) least believes that is Jeb Bush.” Believe me.”

We’re inclined to agree with “The Donald” on this one.  First of all, if Trump maintains his surge then he becomes the nominee, not Bush.  Which clearly isn’t “helpful.”

More to the point, though, should Trump flame out that doesn’t necessarily mean the forces propelling his rise are going to evaporate.

They won’t.  In fact they will rally to the next credible alternative to the GOP status quo.

According to a recent Fox News poll, more than two-thirds of GOP primary voters agree with Trump on the issue of illegal immigration – where Bush is perceived as weak.  There is simply no universe in which Trump hammering away at Bush on this issue – and other issues igniting the passions of the GOP base – is in any way “helpful” to the establishment favorite.

Furthermore, should Bush survive the broadsides and ultimately emerge as the GOP nominee – the brutal primary process will likely leave many voters unwilling to support him in a general election.

Seriously: Ask Mitt Romney about that …

Anyone suggesting Donald Trump’s political ascendancy is in any way “helpful” to Jeb Bush is delusional.  Or deliberately ignoring the forces responsible for that ascendancy in the first place.