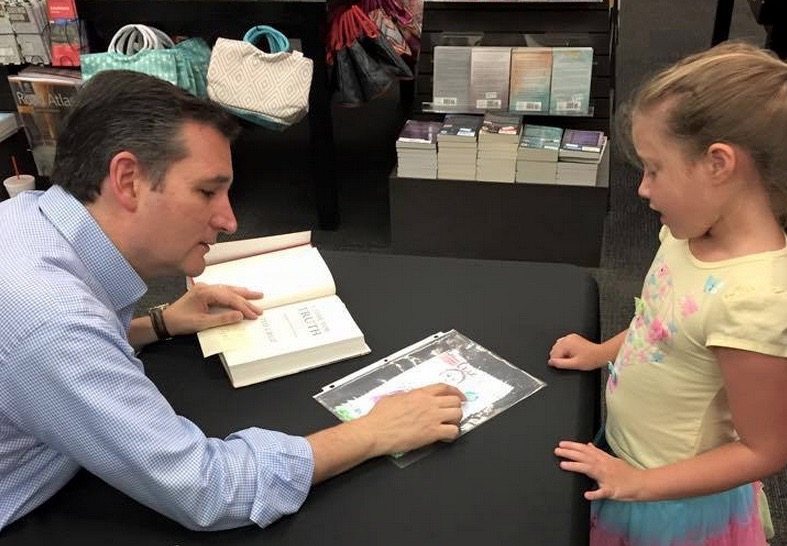 || By FITSNEWS || We haven’t read U.S. Senator and 2016 presidential candidate Ted Cruz‘s new book … but apparently lots of people have.

In fact according to Cruz’s campaign, the book – A Time For Truth – is the No. 3 best-selling book in America, according to Nielson’s Bookscan.

“We have uniform standards that we apply to our best seller list, which includes an analysis of book sales that goes beyond simply the number of books sold.” the paper stated in explaining its omission.

After being accused of political bias, the Times added “in the case of this book, the overwhelming preponderance of evidence was that sales were limited to strategic bulk purchases.”

Yeah … basically the Times just accused Cruz of buying a bunch of his own books to pad his numbers.

“The Times is presumably embarrassed by having their obvious partisan bias called out. But their response—alleging ‘strategic bulk purchases’—is a blatant falsehood,” Cruz’s campaign spokesman Rick Tyler said. “The evidence is directly to the contrary. In leveling this false charge, the Times has tried to impugn the integrity of Senator Cruz and of his publisher Harper Collins.”

Tyler called on the Times to release any evidence supporting its claim.

“Demonstrate that your charge isn’t simply a naked fabrication, designed to cover up your own partisan agenda,” he said.  “And, if you cannot do so, then issue a public apology to Senator Cruz and Harper Collins editor Adam Bellow for making false charges against them.”

Assuming the Times deliberately omitted Cruz’s book for ideological reasons – and then fabricated its rationale for doing so in an attempt to further harm Cruz- that’s kind of a big deal.

Sure it’s their list and they can do as they please with it, but such a transparent and poorly executive hit job – again, assuming that’s what happened – would be a major blow to the credibility of the paper.

It would also represent case study in how the marketplace of ideas held the actual marketplace accountable for its actions … which is its job.

Will any of this make us slog through Cruz’s book?  Probably not.

But it does help him make the argument that the liberal media is out to get him … which is quite the badge of honor in a “Republican” presidential primary.