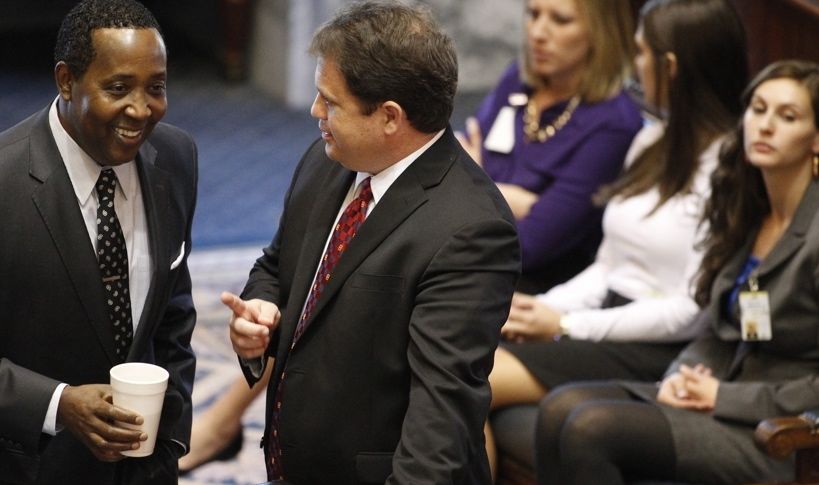 || By FITSNEWS || A week before he and his colleagues are scheduled to debate the issue, S.C. Senator Lee Bright is pushing an online petition to “Keep The Confederate Flag” on the grounds of the S.C. State House. 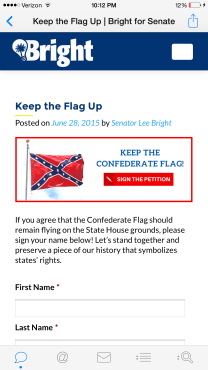 Bright – who is promoting the petition on his website – has previously referred to efforts to remove the flag from the north lawn of the S.C. State House as a “Stalinist purge.”

The Confederate flag has been a focal point of controversy in the aftermath of this month’s horrific, racially motivated church shooting in Charleston, S.C. There, nine black parishioners at the historic Mother Emanuel AME Church were murdered at the hands of a 21-year-old white supremacist who posed with the flag and numerous white supremacist symbols.

One of the victims?  Bright’s colleague in the Senate – Clementa Pinckney, who was also the pastor at Mother Emanuel.

Bright was one of only thirteen members of the 170-member S.C. General Assembly to vote against a resolution enabling lawmakers to address the flag as part of their extended summer session.  In fact some believe he is preparing to mount a filibuster of the flag removal proposal when it is brought up for debate on July 6.