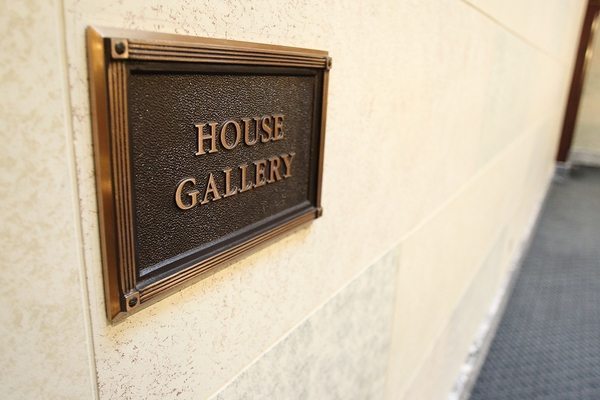 CHAMBER WILL AMEND ADJOURNMENT RESOLUTION TO DEAL WITH CONTROVERSIAL BANNER

|| By FITSNEWS || The S.C. House of Representatives has enough votes to put the Confederate flag issue on its agenda immediately, sources familiar with the vote count tell FITS.

And they are expected to do just that when they meet in Columbia, S.C. on Tuesday.

That would mean the current resolution governing the adjournment of the S.C. General Assembly – which went into effect when the legislative session ended earlier this month – would be amended to permit lawmakers to remove the flag from the north lawn of the S.C. State House.

(This is precisely the scenario we laid out – and encouraged – in this column).

Pressure has been building to remove the flag in response to last week’s horrific, racially motivated “Holy City Massacre” at the Mother Emanuel AME Church in downtown Charleston, S.C.  There, nine black parishioners – including S.C. Senator Clementa Pinckney, the church’s pastor – were gunned down by Dylann Storm Roof, a 21-year-old white supremacist.

The amendment “will be very narrowly drawn only to deal with the flag at the monument,” a legislative leader told FITS.

“(We’re) not opening up the entire heritage act,” the lawmaker said, referring to the 2000 compromise which moved the flag off of the S.C. State House dome (and out of the legislative chambers) and placed it on the north lawn.

Amending the adjournment resolution – or sine die resolution – would require a two-thirds majority of the “Republican-controlled” chamber.

Legislative leaders say they have enough votes to meet that threshold, although such a move would only guarantee that the Confederate flag issue would be heard – a separate vote would have to be taken to actually bring the banner down.

Now … about the State Senate …

Surely, even the SC Senate can smell the change in the wind. If not, we can set their butts alight to help them find their balls.

The Senate by design is a more deliberative body, so there will be more debate. At this point only one Senator seems to be in opposition, that be Mr. Bright of Spartanburg County, and all he said was it was equivalent to communist purges. He hasn’t said that he would vote for, against or attempt to filibuster any bill/amendment/resolution. He may just be grandstanding for his constituents. I expect this will go down rather quickly in both houses as a simple amendment to the Sine Die resolution.

‘set their butts alight to help them find their balls’
I checked a book on anatomy, and the conclusion is that only someone else’s balls will be found. I personally did this test and found that all I needed to find my balls is a mirror.

If their butts are alight, that wind may have a nasty smell.

So kudos to Will. First of all it was FITS who first started talking about the flag early Friday morning while FoxNews ignored it, and CNN and MSNBC were still catching up on lost sleep from Thursday night. Will had a click poll up and running at 9:30 am – a poll that showed nearly 70% wanted the flag down (actually nearly 20% wanted it burned). Before the day was out FITS also had a story about the flag issue at the Citadel in Charleston, about the Unity March for Sunday, and the Flag rally for Saturday in Columbia. But also, strong work in reporting. It was FITS who reported yesterday morning that Davis was moving to get the Legislature inline to pass the changes required to remove the flag. And it was Will who first reported Nikki’s plans for her announcement (at or around the same time RNC Priebus was alerted by the Governor’s team in private). Will didn’t do it alone. The myriad of comments here and else where, other media outlets, all combined to shift public opinion (or at the very list funnel public sentiment) to our elected officials. But his obvious deep contacts within the state governing bodies (nu pun intended) enabled him to constantly break news quickly, and maintain the momentum. So credit where credit is owed.

thats what the goverment wants for us to forget our past history whatever you want to call it but their is an article on confederatewave.org that tells the truth behind presd lincoln and his beliefs we were not taught this in school

Watch this pass with exactly a 2/3 majority, because as soon as it passes the cowards who gave lip service to bringing it down will vote to keep it where it is or not vote at all.

So, in your scenario they are voting AFTER it passes? I’m confused.

No one has the intestinal fortitude to put it on the ballot. Fuckin puzzyz