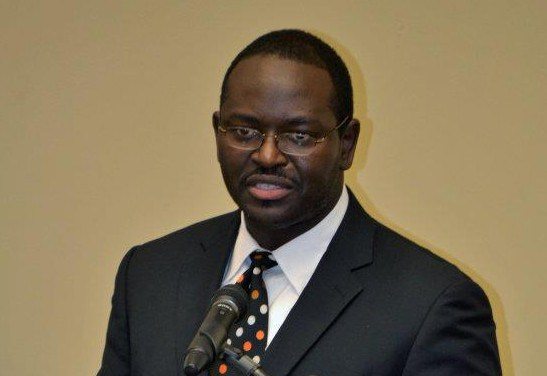 PASTOR GUNNED DOWN IN HIS OWN CHURCH

|| By FITSNEWS || S.C. Senator Clementa Pinckney – pastor of the Mother Emanuel AME Church – was one of at least nine people killed in Wednesday night’s mass shooting in downtown Charleston, S.C.

He was 41 years old – and is survived by his wife, Jennifer, and two children, Eliana and Malana. Pinckney’s sister was also among those killed during the attack, multiple sources have confirmed to FITS.

This website was a vocal critic of Pinckney’s (and he wasn’t exactly enamored with us), but it goes without saying our thoughts and prayers go out to his family and friends – and the families and friends of all of those who were senselessly slaughtered at his church.

These people gathered in peace to exercise their freedom of religion … only to be mowed down like grass.

First elected to the S.C. House of Representatives in 1997 (at the age of 23), Pinckney has served in the State Senate since 2001.  Ironically, he was among those who organized rallies in the aftermath of an April shooting of a black man by a white police officer in North Charleston, S.C.

Related Topics:Charleston ShootingClementa Pinckney
Up Next