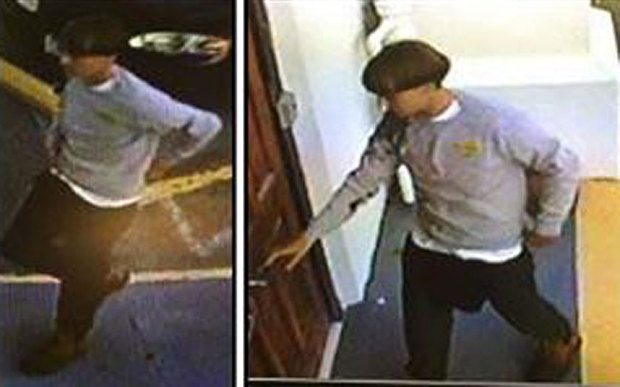 || By FITSNEWS || The Charleston, S.C. police department has released photos of the individual sought by multiple law enforcement agencies in connection with this week’s deadly church shooting in the Holy City.

“Suspect is described as a younger white male,” the police bulletin accompanying the photos stated. “He stands approximately 5’09” in height and has a slender build.”

According to the bulletin, the suspect was seen leaving the scene of the shooting at Mother Emanuel AME Church in a black four-door sedan.

“Law enforcement needs help to identify this individual as part of an ongoing homicide investigation,” the bulletin noted. “The suspect is considered armed and dangerous.”

UPDATE: Suspect has been identified as 21-year-old Dylann Storm Roof of Columbia, S.C.

Nine people – including S.C. Senator Clementa Pinckney (Emanuel’s pastor) – are confirmed dead as a result of the shooting, which took place approximately one hour after the suspect entered the church and sat with parishioners who had gathered for a mid-week Bible study. 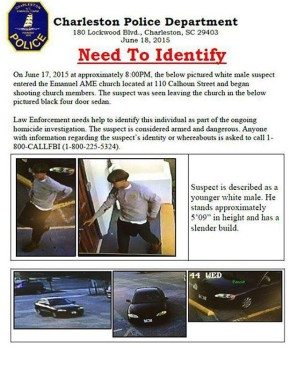 Related Topics:Charleston Church Shooting
Up Next