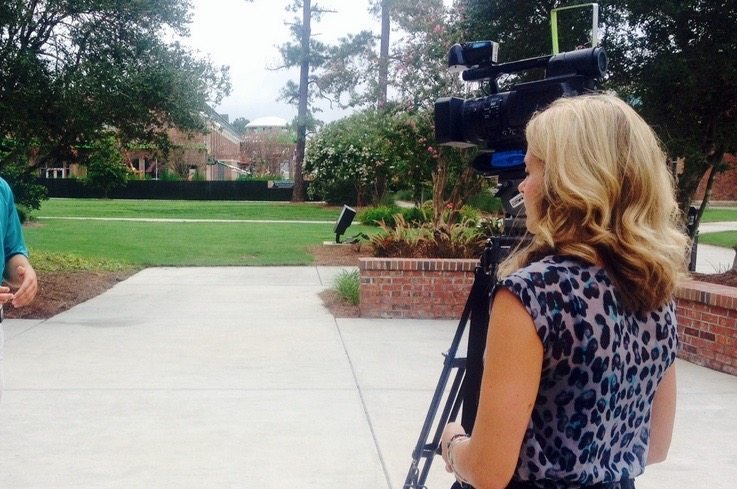 || By MANDE WILKES || It’s a joke among my fellow Jewish friends: When a Jewish girl turns 18, her parents offer her either a nose job or a boob job.  It’s a big day – indeed, it might be the only job she ever gets.  As for me, I chose to keep my nose. And my bleached-blonde hair, and my obnoxious jewelry.

How does anyone afford it, is what our Gentile counterparts ask me.  Especially along coastal South Carolina, people wonder: Do all those beachwear shops – exclusively the domain of Jews, as it happens – really do that well?

It’s a fair question. Up and down U.S. 17, the street is lined with retailers selling t-shirts, flip-flops and souvenirs.  With so much competition on every block, how do the stores survive, much less thrive?

Recently WMBF News, a Myrtle Beach, S.C.-based local television outlet, investigated that very question.  The reporter’s conclusion?  The only explanation for their continued success is that area beachwear stores must be engaging in unsavory business practices.

In reaching that conclusion, the reporter conducted irresponsible and ill-sourced journalism so profound that I’m compelled to address the deficiencies.

For one thing, the story had as its basis a misguided premise: That the business of wiring money (a la Western Union) is equivalent to money-laundering.

The reporter’s first mistake, then, was to conflate a wholly legal enterprise (wiring money) with a wholly illegal one (laundering money).  Indeed, the headline blared “money laundering,” while the story itself actually was about all of the (legitimate and legal) money-wiring activity that takes place in Horry County.  In trying to concoct a sexy news piece, the reporter abandoned any whit of intellectual honesty and logic.

Add to that the fact that the reporter failed to answer the most obvious and most incriminating question of all: If the story’s allegations are true and all these millions are being laundered, what is the origin of these funds?  That’s what I mean about a galling lack of intellectual honesty – the most burning question raised by the report itself is the one the reporter chose to ignore.

I believe that’s because the story is actually that there’s no story at all … and investigating the source of the money would reveal the hollowness of the whole thing.

This is particularly true considering the off-the-wall claim that ill-gotten gains are being funneled to terrorist organizations.  We can all agree, I believe, that Jews (many of them Israelis, at that) are not funding al-Qaeda.  Seriously, has the reporter never heard of the little thing called the Mideast Crisis?

And if there was evidence of terrorist involvement, I’m pretty sure the CIA would be as concerned as this reporter seems to be.

Not only that, the reporter evidently made no attempt to spotlight a balance of perspectives.  At no point was any store owner interviewed or given the opportunity to respond to the allegations.  This, even though the cameras apparently went inside at least one store to capture footage of the premises.  It’s pretty much Journalism 101 to afford airtime to each “side,” particularly when the story alleges criminal behavior.

(Oh, and while I concede it’s possible that store owners declined to comment, I feel sure that such a refusal would’ve been noted in the story).

Still, despite its glaring deficiencies, the story grew legs.  That’s not surprising, considering the fact that beachwear stores have long been a hot topic among locals. After the news report aired, I reluctantly read viewers’ feedback on social media. People responded predictably to a story that purposefully incited rancor.

Somehow locals are inclined to be suspicious about the activities of beachwear store operators. That’s why it’s a shame the WMBF News reporter failed to speak on the record to anyone directly involved in the business.  Given the chance to comment, I believe the owners would explain that they and their families work 14-hour days, every day, for much of the year – and that’s how the stores survive.

As a lifelong Grand Strand resident who has both friends and family in the beachwear business, I urge people to ignore the recent media attempts to discredit the industry.  Juvenile reporting is unfortunately a fact of life nowadays, and it’s the smart consumer who recognizes and challenges it.

Mande Wilkes is a wife, mother, businesswoman, author, etc. residing on the South Carolina coast with her family.  Email her at [email protected]dewilkes.com.