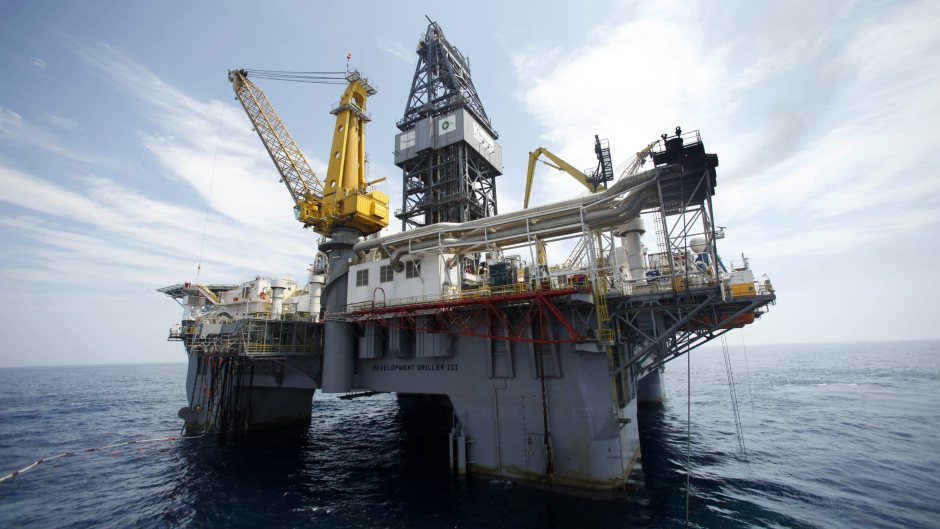 || By BILL WILSON ||Government-run energy policy in this country has been a debacle. From the “green jobs” scam of Left Coast solar companies like Solyndra to the ravaged heartland of Iowa (where government ethanol mandates have done tremendous environmental damage) – the failed central planning and false promises of Washington, D.C. eco-radicals should be painfully self-evident.

But this isn’t another column assailing the rogue bureaucracies of Barack Obama.  For once, the Obama administration is actually doing something right – agreeing earlier this year to allow offshore drilling in the Atlantic Ocean from Virginia to the Georgia/Florida border as part of the U.S. Department of Interior’s upcoming five-year leasing plan.

Great news! Or so it seemed, anyway.  Unfortunately so-called “conservatives” in some of these coastal states are trying to block the Obama administration’s decision to permit offshore energy exploration.  Take Mark Sanford, the former South Carolina governor who will be forever remembered for that hike along the Appalachian Trail – the one he never took.  The “Republican” congressman from the Palmetto State has flip-flopped on supporting offshore drilling – citing “potential impacts on the environment” including “large blocks of untouched coastal estuarine areas.”

Politicians like Sanford are kowtowing to liberal eco-radicals who would have us believe offshore drilling – and the “seismic air gun” exploration technique associated with it – is harmful to marine life.

“Seismic airgun testing currently being proposed in the Atlantic will injure 138,000 whales and dolphins and disturb millions more, according to government estimates.”

That’s a quote from eco-radical Samantha Siegel – who was promoting a recent appearance in South Carolina where she would “talk about the decision to open up the East Coast to seismic testing and offshore drilling, and what we can do to stop it.”

Is Siegel telling the truth?  Not hardly.  Months before her comments were published, the U.S. Bureau of Ocean Energy Management (BOEM) definitively stated “there has been no documented scientific evidence of noise from air guns used in geological and geophysical seismic activities adversely affecting animal populations.”

In fact two months ago, the agency (politely) called out Siegel and others for spreading false information.

“BOEM’s conclusion regarding the impact of these surveys is in stark contrast with public statements citing BOEM research and asserting that many thousands of marine mammals will be killed or injured through these surveys,” the agency noted. “This characterization of our conclusion … is not accurate.”

Agency leaders affirmed all this under oath during testimony before the U.S. House.

Of course, none of this is stopping eco-radicals from continuing to spread their fiction – nor is it keeping gullible politicians from being manipulated by the misinformation.

The truth is the economic benefits of offshore drilling in the Atlantic far outweigh the environmental risks.  Last fall, a report from the Palmetto Policy Forum — a think tank started by former U.S. Senator Jim DeMint – determined that oil and gas drilling from Delaware to Georgia would generate anywhere between $10.8 billion to $60 billion in economic value (and anywhere between $2.1 billion and $11.6 billion in tax revenue).

Hillary Clinton: An “Everyday American” Is Coming To SC

Who gives a shit about a bunch of whales and dolphins? They’ll all be dead soon enough – with or without drilling. We gotta get that awl. Am I right Bill?

Then so will your children. (Just as sarcastic)

This article is dead on right except for one item, The “ravaged heartland” is called farming. An otherwise good article ruined with one pile of BS.

Click the link. That’s an AP report discussing how government ethanol mandates impacted Iowa’s environment. You don’t have to agree with it, but it’s not “BS.”

There are a dozen things wrong with this article. The twisted agenda for one.

He lost me at a “think tank” started by Jim DeMint. First its was started by Jim Diment, so its got to be bad for everyone except the people paying Jim DeMint. Second, its a “think tank”, not a “science tank.” Think tanks are places where people think up ways to bash, cover up, or discredit information they do not like. That said I am torn. One of the few people I think is more sleazy than Jim DeMint is Mark Sanford. So i suspect that somehow SC will be screwed by either DeMint or Sanford somehow.

Btw: in one of those recent photos of a west coast cleanup, there were more g’ment unionized bird cleaners than there were dirty birds. The oil-spill/industrial/union complex has found their niche.

Dozens of thoughtful citizens have been showing up at minor spills to help, only to be “run off the job” by the SEIU.

No they are not.

And drilling offshore right smack dab in the middle of the East Coast food supply is stupid beyond belief.

There is absolutely no economic reason to drill offshore, any shore, when there are untapped sources on shore where cleanup can be more easily contained and the costs are under control.

(Yes, there are environmental mental cases. Yes, there are poli-wogs with their slimy greedy hands out. Disclosure: I’m fifth generation in the family oil business.)

the repetition of ‘eco-radicals’ is a highly effective rhetorical practice. it convinces the reader by sheer strength of numbers. in editing, i would only add more instances of this meaningful term; perhaps one in every line. A+

Mmmmm … Same tactic as used by the est-holes & scientologists on the “progressive” quasi-left.

PART II Loan to and/or From Interested Persons
(a) Name of interested person: HOWARD RICH
(b) Relationship with organization: CHAIRMAN
(c) Purpose of loan: WORKING CAPITAL
(d) Loan to or from the organization?: To
(e) Original principal amount: 500,000
(f) Balance due: 559,366
(g) In default? : No
(h) Approved by board or committee?: Yes [No surprise here when the Chairman of the Board paid the money.]
(i) Written agreement? [Howard Rich wrote an I.O.U. to himself?]

Deepwater Horizon is enough non-fiction to be worried as hell about oil shills like this guy is telling you there is nothing to worry about. More crony capitalists sucking the Kochs of the energy industry.

“Last fall, a report from the Palmetto Policy Forum…”

The report is authored by Timothy Considine, referred to some as a “frackademic” who produces “research” advocating for the petroleum industry.

The UB Shale Play: Distorting the Facts about Fracking
A Review of the University at Buffalo Shale Resources
and Society Institute’s Report on “Environmental Impacts During
Marcellus Shale Gas Drilling”http://public-accountability.org/2012/05/ub-shale-play/

Considine coauthored a previous report promoting the economic benefits of fracking in Pennsylvania’s Marcellus Shale. His report was taken to task. Subsequently, his employer at that time, the College of Earth and Mineral Sciences at Penn State Univerisity, retracted the original version of Timothy Considine’s report because they “found flaws in the way the report was written and presented to the public. Specifically, the initial version of the report ” did not identify the sponsor of the research, which is a clear error” And, the authors “may well have crossed the line between policy analysis and policy advocacy. In particular, the prose dealing with the potential effects of a severance tax on drilling rates in Pennsylvania should be more scholarly and less advocacy minded.”
http://www.northcentralpa.com/sites/default/files/Easterling-RDAletter.pdf