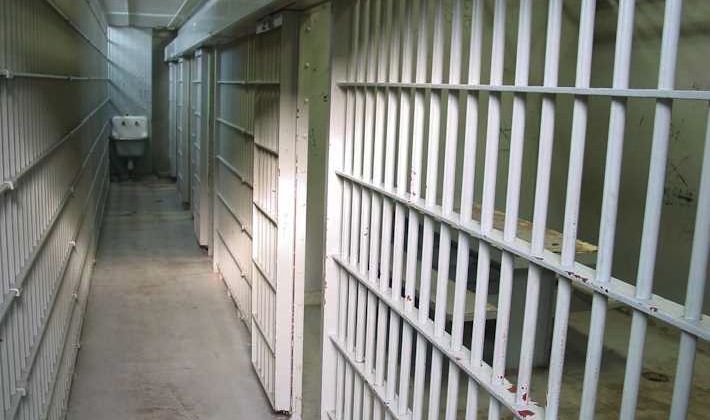 JONATHAN PINSON HEADED TO THE SLAMMER …

|| By FITSNEWS || On federal wiretaps, former S.C. State University board of trustees chairman Jonathan Pinson bragged about becoming the next U.S. Congressman from South Carolina.

Last July, Pinson was found guilty on twenty-nine of forty-five charges filed against him by federal prosecutors.  Most of those charges stemmed from a bribery scandal involving S.C. State University (SCSU) – a chronically mismanaged Orangeburg, S.C. college that’s millions of dollars in debt.

That scandal also briefly ensnared Columbia, S.C. mayor Steve Benjamin, who along with Pinson was the beneficiary of a night of debauchery in Orlando, Florida in December 2010 – paid for by the developer at the heart of the SCSU bribery scam.

Pinson’s sentence – which was much lighter than the twelve years the government sought – was doled out nearly ten months after he was found guilty on 29 felony counts.  It also comes less than a week after an explosive national report linked U.S. Rep. Jim Clyburn to the scandal-scarred political appointee – and two months after Pinson’s acquitted co-defendant (and former college roommate) Eric Robinson was found dead in a hotel room in Atlanta, Georgia.

Have we heard the last of this scandal?

When is Ed “Snitch” Givens going to show up missing?

I’m sure the notoriously lenient SC Bar will give him his license back in 3, 2, 1..

If they will give it back to scumbags like Tee Ferguson and Hemp Pride, I’m sure they’ll give it back to a slimeball crooked ass bastard like Snitch Givens. Neither of those 2 ratted out their friends and colleagues though. At least Snitch Givens was finally able to remove his head from up Rick Quinn’s fat ass. So, there’s that.

“Jonathan Pinson bragged about becoming the next U.S. Congressman from South Carolina.”

In five years Will Folks can become his campaign consultant.

“This guy is a serious contender for the U.S. Senate.”

“This guy doesn’t have a chance in hell and has serious character flaws.”

Such a shame. He was knocking on the door with double digit poll numbers…. [11%] … before the wheels fell off.

And don’t forget Steve Benjamin’s brother-in-law who was found shot to death in NC.

Slap on the back of the hand. Now .. .UP NEXT … CLYBURN IS YOUR TARGET …. TAKE THAT SOB DOWN NOW!!! Surround him. Bring him down and throw him UNDER the Prison.

I strongly suspect you are correct. Many in SC have long known that Clyburn is one of the most corrupt members of the US House of Representatives. He has had power and clout up to this point. But apparently, it finally just got to a point where it didn’t matter. Likely the DOJ is no longer feeling pressure to stay hands-off with the crooked son of a bitch.

This is bad news for TOM RICE and others in the lower part of the state who are beholden to the man well-known to be a political patron of the “Myrtle Beach Mafia.”

It’s gonna be a long, hot Summer for Rice and a few others.

Scroll down the linked article and there is the “Recommended Reading List for Libertarians.”
http://www.bbc.com/news/world-asia-32816412

“Disgraced?” No, not at all. He has enough stashed away as does Benjamin. His retirement plan is larger than 90% of South Carolinians. Jean Toal protected his Democratic Mafia as long as she could on the state level and Clyburn/Nettles on the Federal level. Pinson will be fine and this ballgame is over. That 50 something million missing in Orangeburg. Nobody will care any further.