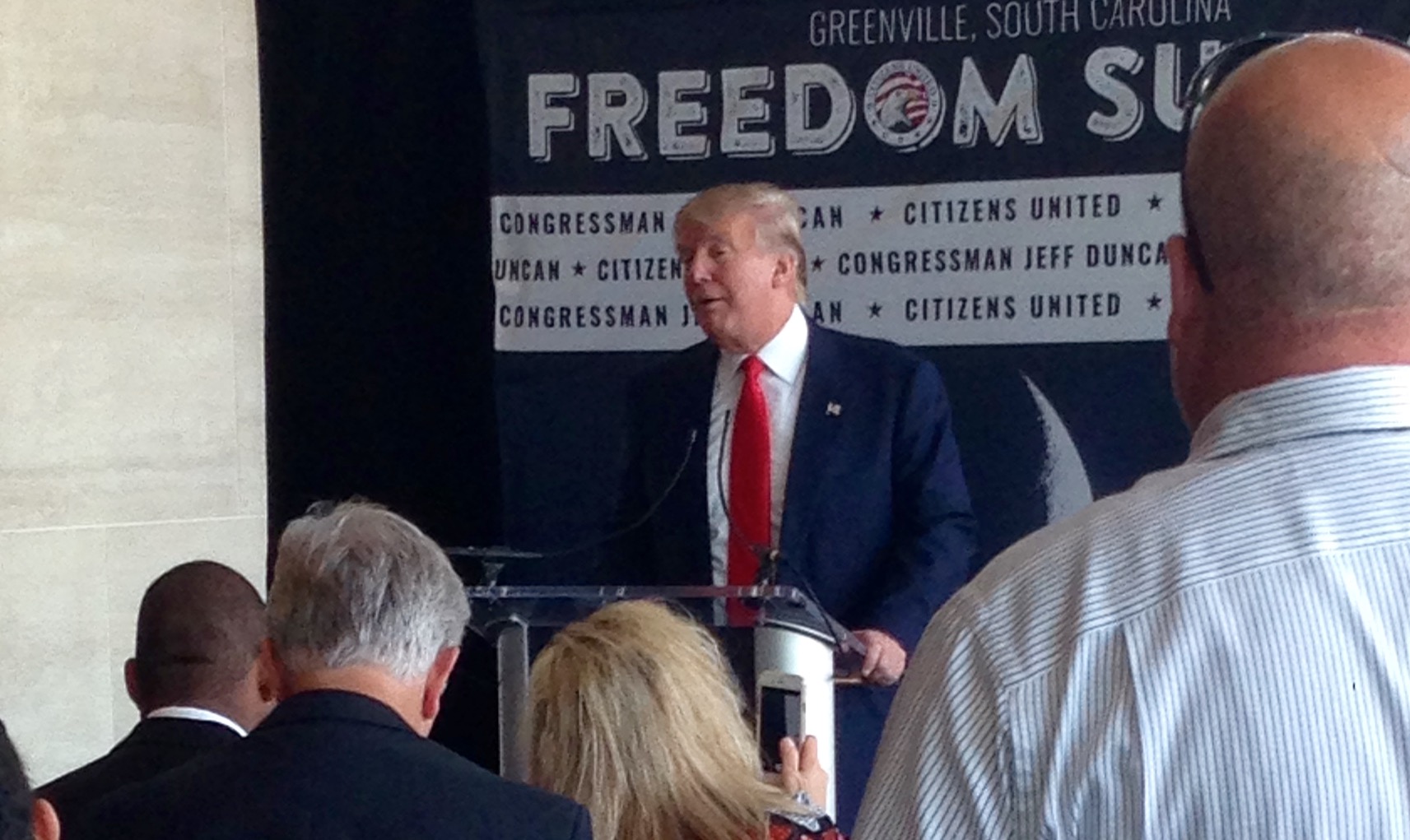 A CANDIDATE WHO SPEAKS UNCOMPROMISING TRUTHS IS GOOD FOR THE DEBATE

|| By TAYLOR BROWN || This election season is going to be all sorts of entertaining – with six Republican candidates already announcing their candidacies and many more GOP darlings soon to jump into the ring.  Included in the latter group?  World famous real estate mogul Donald Trump.

I remember always being fascinated with this man – who has more money than God (“I built up a network that’s about $10 billion … it’s actually probably over $10 billion now”) – ever since seeing his Home Alone 2 cameo.  I also love The Apprentice and admire his gorgeous daughter.

Recently, though, I’ve come to appreciate his complete lack of filter when talking about politics.

How is it that a man can say “I don’t give a sh*t about the lobbyists!” and get a standing ovation at the South Carolina Faith and Freedom Summit?

It’s because people appreciate being told things straight.  And Donald Trump does just that – he doesn’t sugar coat anything.  He’s like the one friend we all have that says “you look fat in that dress.”  You may not want to hear it at the time, but you appreciate after the fact that he didn’t let you go out looking like a train wreck.

Trump has a knack for saying exactly what the other politicians want to say – and are probably thinking – but are too scared to actually say it.  It’s unfiltered truth that resonates with people who have “heard it all before,” and Trump has a unique ability to tap into this audience.

Everything you shouldn’t say as a candidate, he says.  Basically, Trump is like if Joe Biden had more brain cells, money, and work experience.  Refreshing.

Now I have no idea if Trump actually had a script in front of him at the Faith and Freedom Summit, but methinks not.

Here are just a few of his “I don’t give a f*ck” quotes that had us in the spin room going nuts:

“Boeing is great! I happen to own a Boeing!” (a plane this website’s founding editor and I had the good fortune to tour).

“The greatest builder is me, and I’ll build the greatest wall you have ever seen! (standing ovation) You know who’s gonna pay for the wall? Mexico! They will be paying for the wall!”

On Bowe Bergdahl, he said “years ago, we would have shot [him] for treason.”

Want more?  In a room full of reporters, Trump called all reporters “sleazebags.”

Obviously he can say these things because he has the money not to care.  But what’s more impressive is he really doesn’t care.  So while Trump is afforded the luxury of being unconventional and unexpected, he’s also just being himself.

Trump comes from a background that is completely unique.  He is not a Jeb Bush, Rick Santorum, Scott Walker, Ted Cruz, Rand Paul, Mike Huckabee, Rick Perry, Marco Rubio, Carly Fiorina, or Ben Carson.  Donald Trump is Donald Trump.  He will bring something to the 2016 election that no one else can – the harsh truths and smart quips that no one else is going to dare delivering to the voters.

Trump is going to be good for the debate … I just hope he hurries up and announces already!