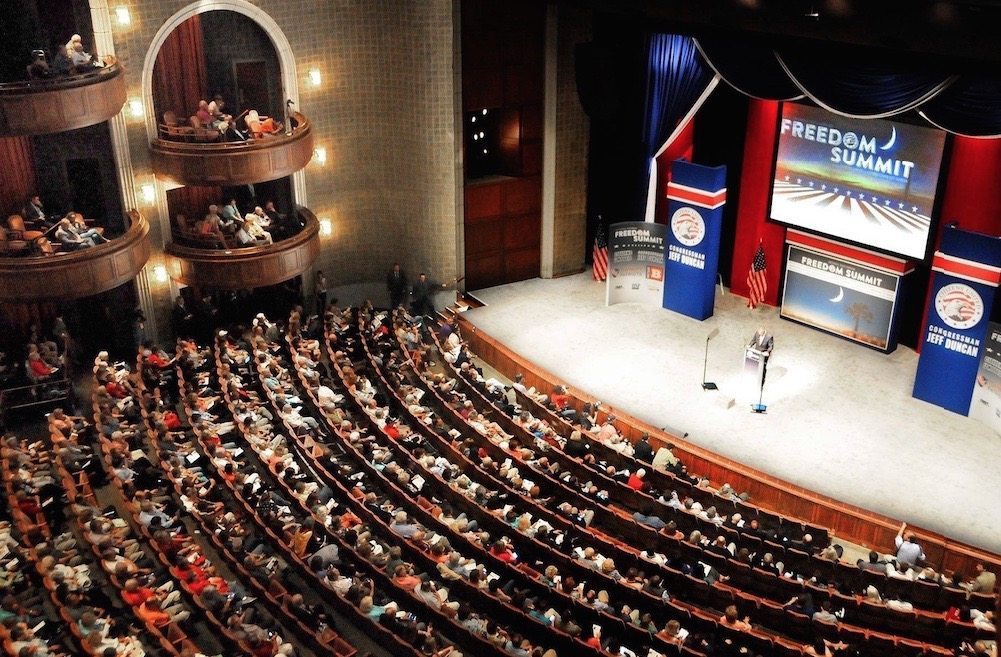 FROM CONGRESSMAN TO KINGMAKER?

|| By FITSNEWS || More than 2,000 activists showed up for last weekend’s “SC Freedom Summit” GOP presidential forum in Greenville, S.C. – a huge crowd that has bolstered the status of organizer Jeff Duncan as a key “kingmaker” in early-voting South Carolina.

National press took notice of the throngs … and the man who organized the event.

According to Patricia Murphy of The Daily Beast, Duncan “is quietly emerging as an unlikely yet crucial figure in the process to pick the Republican nominee for 2016.”

Along with rehabilitated governor Nikki Haley (whose 2012 endorsement was more millstone than momentum-builder), Duncan’s imprimatur will matter in the lead-up to 2016 – especially if he branches out and selects a candidate who isn’t exclusively regarded for social conservative issues.

“If he goes with one of the early frontrunners it could really broaden his brand,” one GOP operative told FITS.

The only early frontrunner we could see Duncan rallying behind is Walker … as Jeb Bush is likely too far to the left for his taste.  Also Bush did not attend Duncan’s event – nor did U.S. senator Rand Paul of Kentucky or former Arkansas governor Mike Huckabee (although Paul was Duncan’s guest at a well-attended “Faith and Freedom” barbecue event back in 2013).

So … which candidate do we think is most likely to get Duncan’s support?

Obviously it’s very early in the process … in fact our guess is that many of the names referenced in this story are likely to be out of the race by the time Duncan gets around to making his choice.

As things stand now, though, we wouldn’t be surprised to see Duncan support a candidate like Cruz … whose ideological matrix (and South Carolina viability) were discussed in this column.

Or course we could also see him backing Rubio – the subcommittee chairman for the Western Hemisphere in the U.S. Senate (i.e. Duncan’s counterpart). Rubio was the guest of honor at Duncan’s 2014 “Faith and Freedom” barbecue.

George Pataki Gets It Wrong On ISIS