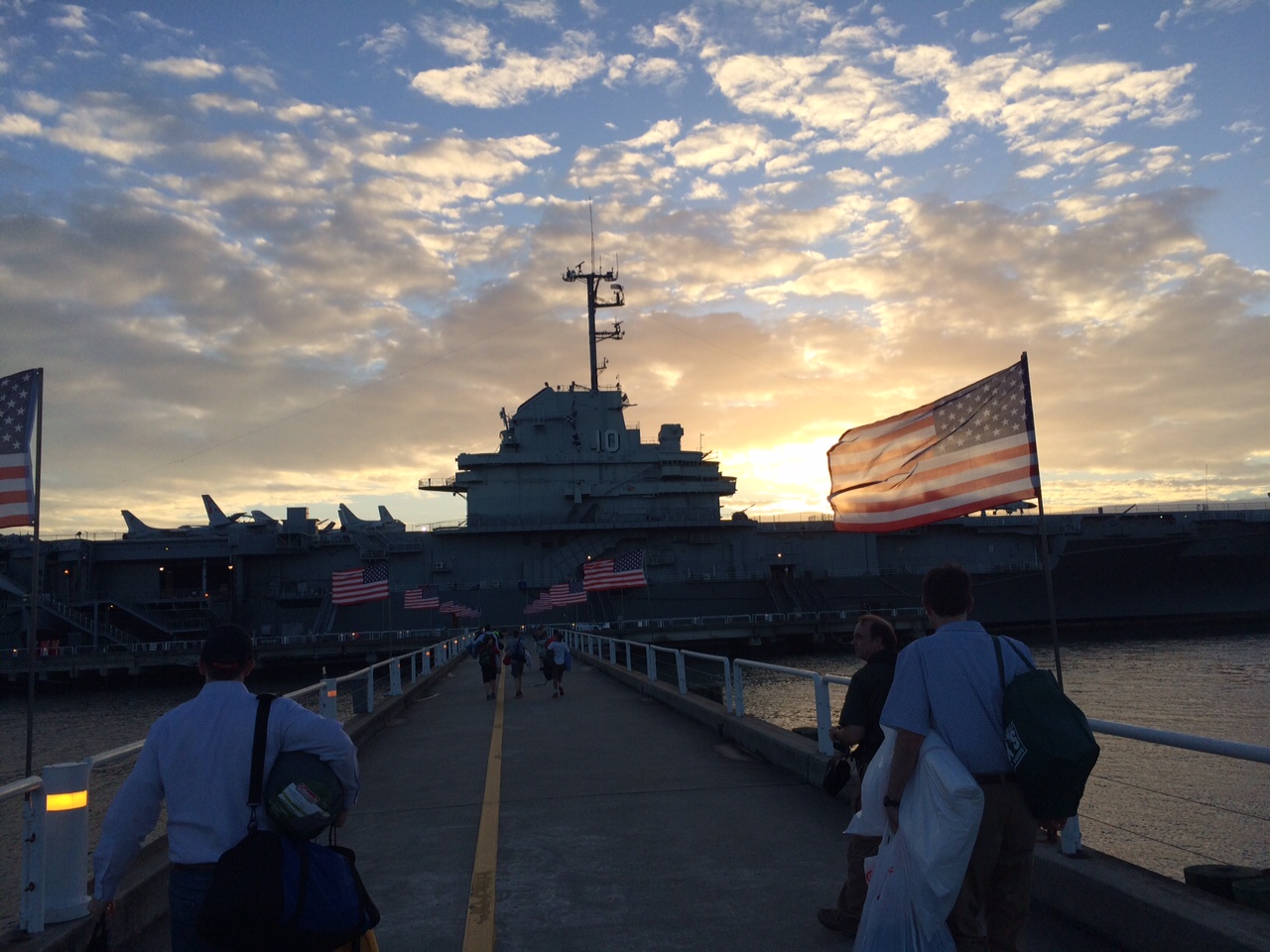 YES, THEY LET ME ON BOARD …

|| By WILL FOLKS || It’s a little after 11:00 p.m. on a Friday night and my eldest son’s Trail Life USA group is refusing to settle down.  Numerous attempts over the last hour to get the kids to stop talking and go to sleep have failed.  Miserably.

The kids simply had too much sugar … way, way too much sugar.  Which means there’s literally no corner of 872-foot, 36,000-ton USS Yorktown where they can’t be heard.

Attempting to think (let alone write) in such an environment is next-to-impossible, so this is going to be a quick post.  And yes, that will probably please our hosts – the board of directors of the Patriots Point Development Authority (a.k.a. the ship’s owners).  Remember this website – ever the killjoy when it comes to government spending – has previously railed against against taxpayer money going to Patriots Point.

The subsidization of museums – even ones as amazing as the Yorktown – simply shouldn’t be a core function of government.  And the fact government funds such items (often with borrowed money) is yet another reason why state lawmakers have such trouble funding those core functions.

But hey … it’s the weekend.  And I’m using the Yorktown’s WiFi.  So I should probably have a few sips of STFU, right?

I’m a veteran overnighter on this ship … but every time I come aboard I’m amazed by how full the boat is with planes, weapons, space capsules, models, memorabilia, etc.  I’m also always impressed by just how much of the ship you are allowed to see.

Seriously … there’s not much of the Yorktown that’s roped off, and while many of its exhibits need to be upgraded it remains the best, most engaging history lesson the state of South Carolina has to offer.

Commissioned in 1943, the Yorktown was originally going to be named Bon Homme Richard, but it was rechristened during construction when the original Yorktown carrier was sunk by the Japanese at the battle of Midway.  One of twenty-four Essex-class carriers, the Yorktown earned multiple battle stars in World War II and the Vietnam War, and in December 1968 it served as the recovery ship for Apollo 8.  It also starred in the 1970 war epic Tora! Tora! Tora! – which depicted the Japanese attack on Pearl Harbor.

Permanently decommissioned in 1970, the ship has been a museum since 1975.  It also host fundraisers and other Charleston, S.C.-area events – and serves as a backdrop for political events (like U.S. senator Rand Paul‘s recent swing through the Palmetto State).

Here’s a few pictures from the ship … more to come in future posts.

Bridge of the ship …

News Flash: A South Carolina Lawmaker Got Something Done!