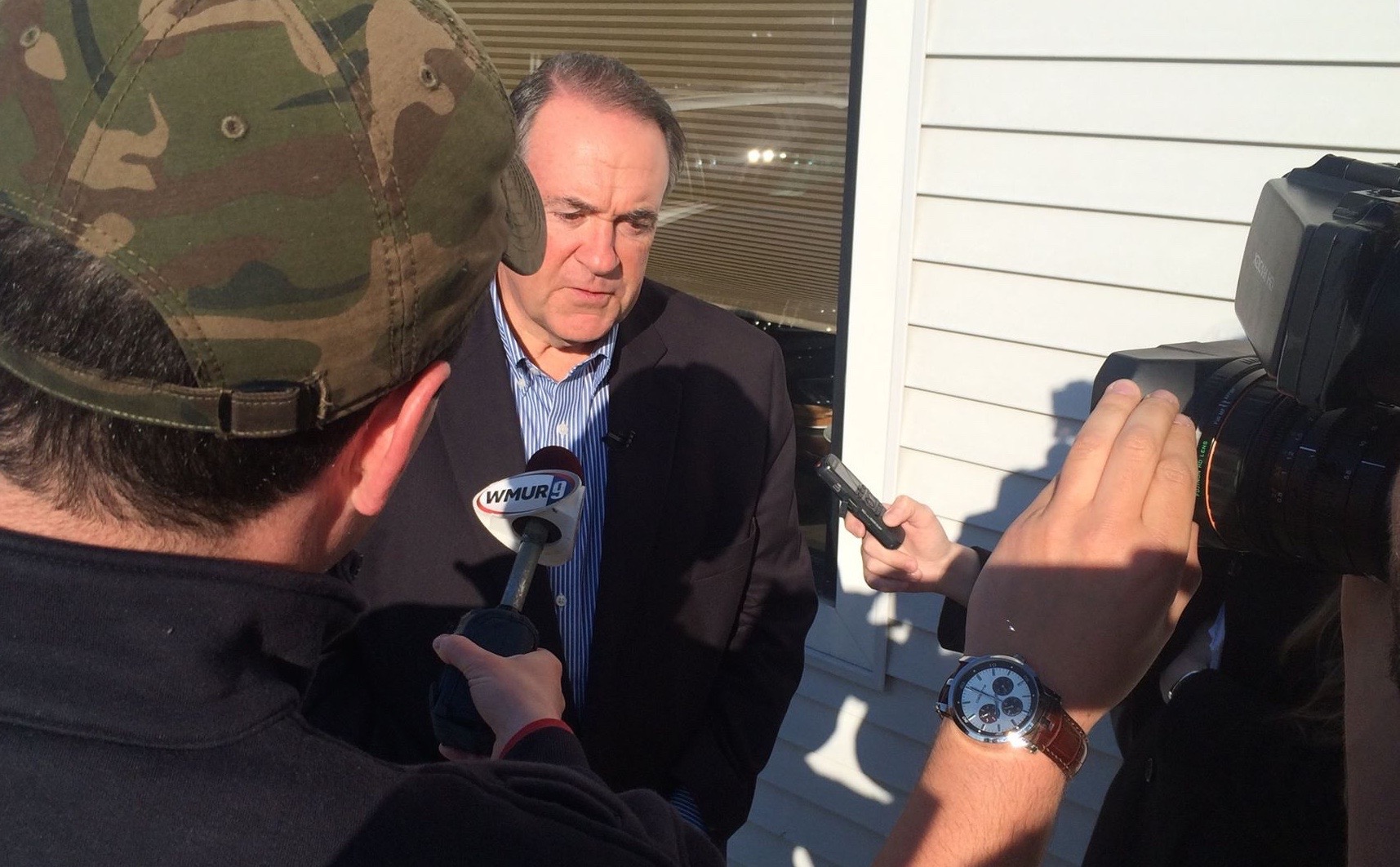 || By FITSNEWS || Former Arkansas governor and ex-Fox News host Mike Huckabee threw his name in the ring for the 2016 “Republican” presidential nomination this week – making the announcement in his hometown of Hope, Arkansas.

“From hope to higher ground,” Huckabee said, referring to his campaign’s slogan.

Sound familiar?  The small town – named for the daughter of a railroad executive – was also the hometown of former Arkansas governor (and U.S. president) Bill Clinton.  In fact Clinton famously referenced it in accepting the Democratic presidential nomination in 1992.

“I still believe in a place called Hope,” he said.

The 59-year-old social conservative sought the GOP nomination once before in 2008 – winning the Iowa Caucuses and finishing a close second to John McCain in South Carolina’s “First in the South” presidential primary.  He declined to seek the GOP nomination in 2012 – and has spent the last few years hosting a popular program on Fox News bearing his name.

In Huckabee’s absence, fellow social conservative Rick Santorum emerged as a force to be reckoned with in the 2012 “Republican” primary – luring legions of impressionable voters in early-voting Iowa and South Carolina.

Santorum is also expected to announce his candidacy for president this go-round.

Huckabee’s announcement?  It was full of the sort of red meat his Fox News audience will love.

“I commit this to you today,” Huckabee said. “I will never apologize for America. Ever.”

Mmmm-kay.  Well we won’t apologize for America, either … although we can’t make the same promise for her government.

Our thoughts on Huckabee?

Huckabee is a fiscal liberal and social conservative … which is the precise opposite of what America’s situation calls for (at least insofar as the ideological moorings of its elected leaders).

He’s also got a “soft on crime” problem.  A serious one.  And an immigration problem.  And like establishment “Republican” Jeb Bush he’s a big supporter of “Common Core,” the federal government’s invasive curriculum mandate.

That won’t play well in the Palmetto State … at all.

On the plus side?  Huckabee has come out strongly in opposition to “Obamatrade,” an effort by U.S. president Barack Obama (and a lot of establishment “Republicans”) to manipulate American trade policy to benefit crony capitalists on Wall Street and liberal Hollywood elites.

So we give him credit there …

In other words, he’s got his work cut out for him …