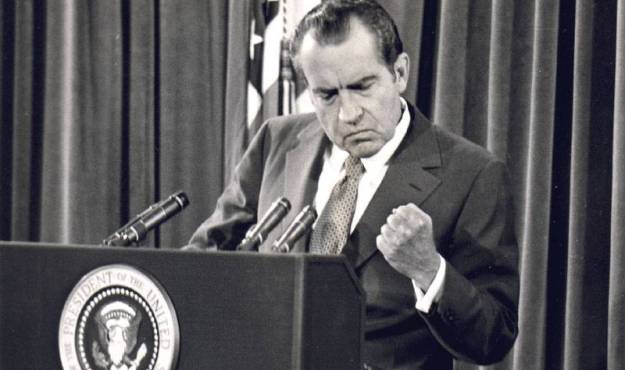 || By FITSNEWS ||  Let’s face it: America has scandal fatigue.  There are just too many elected and appointed officials at too many levels of government doing too many naughty things – making it impossible to uncover even half of the naughtiness.  And the bad behavior which is uncovered is routinely swept under the rug … or explained away … or glossed over … or, more likely, forgotten.

Americans are simply too consumed with trying to make ends meet to consume themselves with political scandals … which, ironically, makes it harder for them to make ends meet (seeing as most of the scandals involve the theft of their tax dollars).

“Supplies of outrage are running low. Indignation is in short supply. Fury is almost exhausted,” wrote The (U.K.) Guardian – five years ago.

They were referring to Great Britain, obviously, but no matter which side of the pond you’re on … chances are you aren’t as angry as you should be.

“We now seem too fatigued to stir as we should when faced with cases of wrongdoing and official mismanagement,” the Guardian wrote.

Indeed … yet the costs of our fatigue are steadily mounting.

Anyway … we were reminded of this when one of our most Meerkattishly observant sources, the eternally elusive “platonic compadre,” snapped a pic of a bumper sticker in downtown Columbia, S.C. 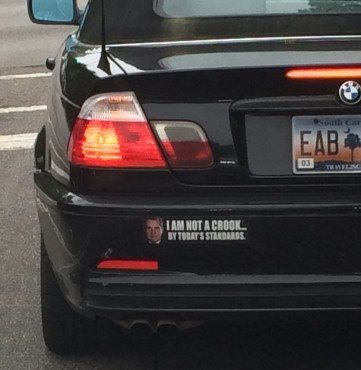 That’s former U.S. president Richard M. Nixon speaking to all of us from the great beyond.

Don’t be silly … Obama will never be charged, let alone prosecuted or convicted for anything.  Especially not with “Republicans” rolling over for his lawlessness …

And speaking of “Republicans,” what about S.C. governor Nikki Haley?  Will she ever be held accountable for her violations of the public trust?

And don’t be upset … not that there was any chance of that happening.