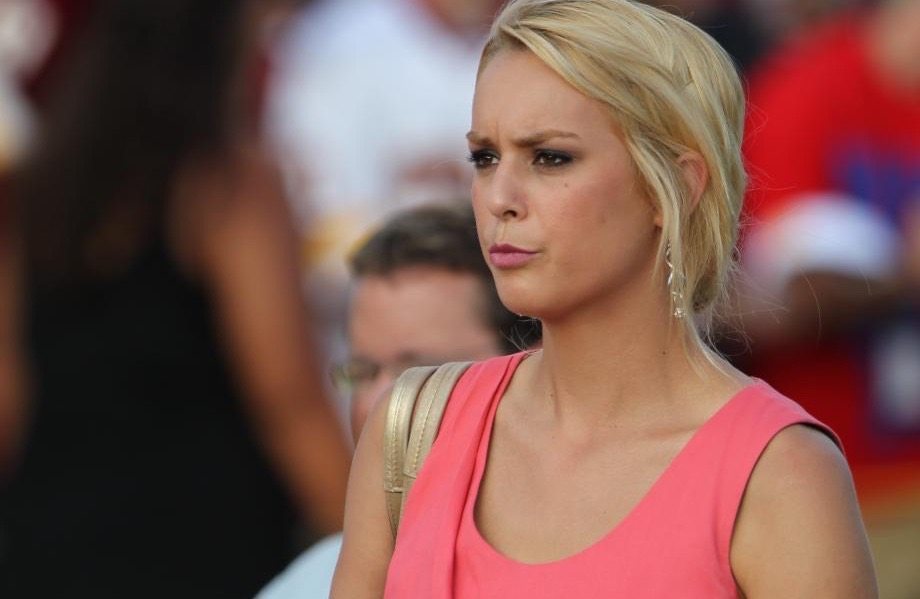 || By FITSNEWS || ESPN has suspended its Washington, D.C.-based sideline reporter Britt McHenry in the aftermath of her profanity-laced tirade against a parking lot attendant.

McHenry’s car was towed in Arlington, Virginia earlier this month – and she apparently didn’t take too kindly to having to pay money to get it out.

“I’m in the news, sweetheart,” McHenry tells a female parking lot attendant in a leaked video. “I will f*cking sue this place.”

The 28-year-old New Jersey native was just getting warmed up, too, berating the poor woman for having “no education” and “no skill set.”

“I wouldn’t work at a scumbag place like this,” she says. “Makes my skin crawl even being here.”

“Maybe if I was missing some teeth they would hire me, huh?” McHenry tells the attendant.

“Lose some weight, baby girl,” she says at the end of her rant.

McHenry did apologize … sort of.

“In an intense and stressful moment, I allowed my emotions to get the best of me and said some insulting and regrettable things,” she said via Twitter. “As frustrated as I was, I should always choose to be respectful and take the high road. I am so sorry for my actions and will learn from this mistake.”