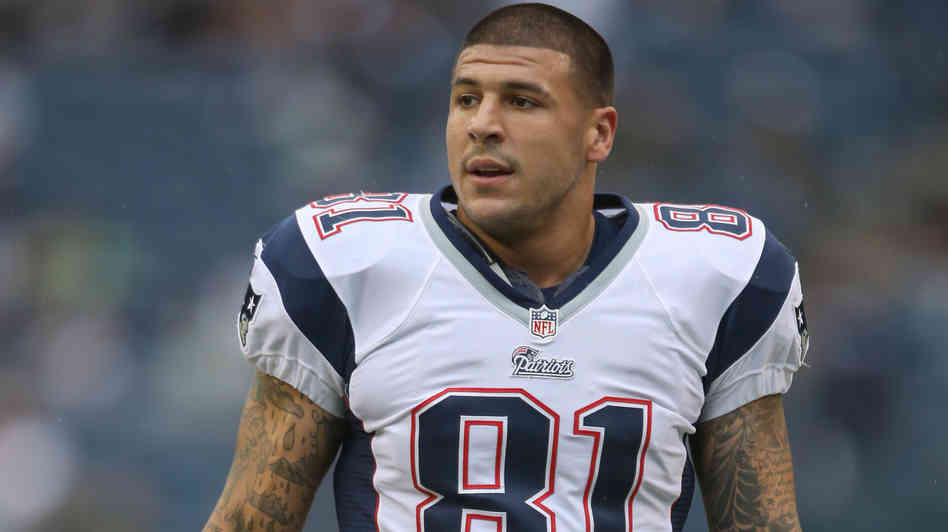 Former New England Patriots tight end Aaron Hernandez – already standing trial for a 2013 murder – has been indicted on two additional murder charges stemming from a 2012 double homicide that took place on the streets of Boston.

Hernandez is accused of gunning down Daniel de Abreu and Safiro Furtado – and wounding another victim – following an encounter at a Boston nightclub in July 2012. This case had remained unsolved for many months, but prosecutors now claim to have uncovered evidence tying Hernandez to the scene and linking him to the murder weapon as well as the getaway vehicle.

“Aaron Hernandez fired a .38-caliber revolver multiple times from the driver’s side of his vehicle into the passenger’s side of the victim’s vehicle,” local district attorney Daniel Conley alleged.

If Conley’s allegation proves true, the 2011 Pro Bowler would have committed these murders one month before signing a five-year contract extension with Patriots – a deal that included a $12.5 million signing bonus.

Last August Hernandez was indicted for the murder of 27-year-old Odin Lloyd of Dorchester, Massachusetts. He was released by the Patriots in the aftermath of his arrest in that case.

Hernandez’s attorneys say he is innocent of all charges against him and looks forward to his day in court.

Hernandez caught 175 passes for 1,956 yards and eighteen touchdowns in three seasons for New England – which selected him in the fourth round of the 2010 draft. Prior to that Hernandez – a native of Bristol, Connecticut – played three years at the University of Florida, where he earned All-America honors and was a member of the Gators’ 2008 national championship team.

Love For “The Nerve”

What a scumbag, if all or some of these charges are true.

All right, I’m a successful athlete who makes millions of bucks! Now, how can I go and screw all that up in the worst way possible? Hmm…

I’ll bet Wes Welker is glad that Mr. Crazy didn’t follow through with his threat, as it’s obvious he’s a sociopath.

Let us know when they inject him. Until then he’s simply another pissant unworthy of mention.

Wow: FITS. You are a CRACK-ACE political Journalist. Thank you so much for keeping us updated on this one…I was about the crap my pants waiting on more news about Hernandez…You are the Bomb..kudos on the news-hawking skills, insight and talent…

PS: Obama’s IRS has been CAUGHT persecuting American CITIZENS, who are his political enemies…Remember Woodward and Bernstein transformed Journalism, on a much Smaller story, involving a president…

The voices in GT’s head are getting louder and louder.

GT is working himself up to a cataclysmic eruption – which will occur about 4 pm so that the government workers will become enraged while driving home (or to bars or strip clubs). GT has had a mild week so far, and he needs to be ‘prepped’ for the weekend.

If he were a racist – THEN we’d have a problem here. As is, he’s barely middle oh their road for pro sports morals.

That dumbass has shit for brains.