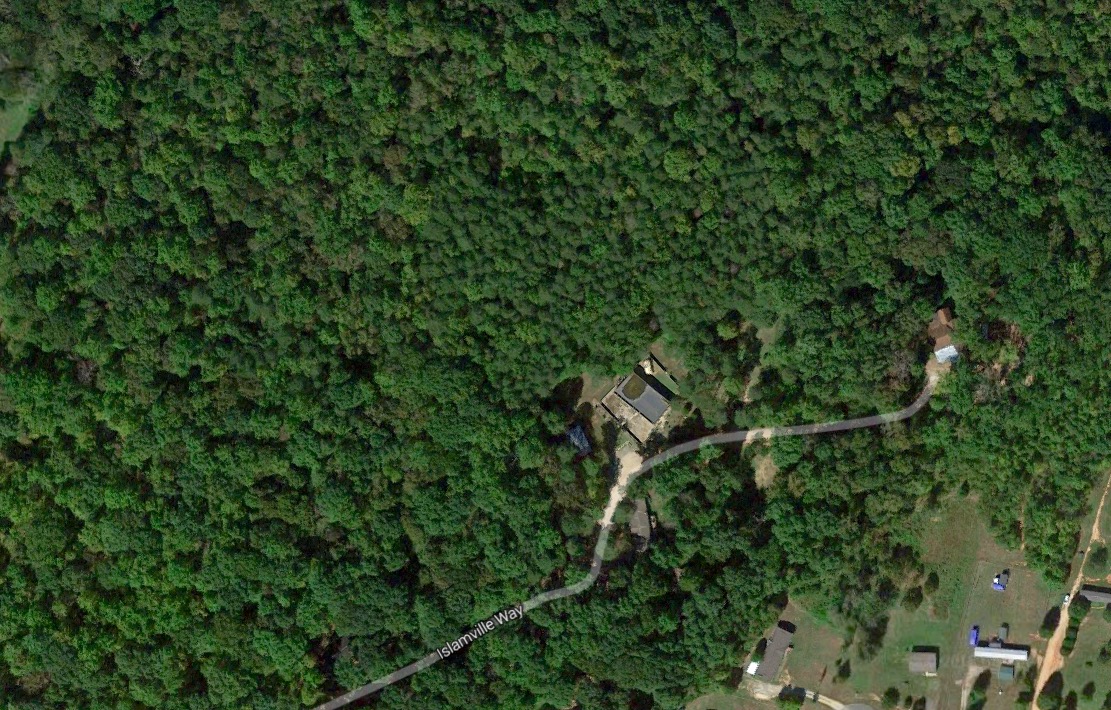 || By FITSNEWS || Remember Holy Islamville? It’s been nearly six years since this York County, S.C. compound last appeared on our radar … but the drama associated with a new government-subsidized “resettlement” campaign in Spartanburg, S.C. has put the controversial community back on people’s minds.

Holy Islamville is a 36-acre, unincorporated community located in a wooded area of York County – a stone’s throw away from Clover (S.C.) High School as well as the Catawba Nuclear Station, a nuclear power plant run by Duke Energy.

According to a 2012 report by Ryan Mauro of the group Family Security Matters, Holy Islamville is one of roughly two compounds across the country affiliated with “Muslims of the Americas” – a group founded in the early 1980s by radical Pakistani cleric Sheikh Mubarak Ali Gilani.

According to the U.S. Department of Homeland Security (DHS), Gilani is linked to Jamaat ul-Fuqra (a.k.a. the “community of the impoverished”) – a group which the U.S. State Department describes as “an Islamic sect that seeks to purify Islam through violence.”

Gilani, however, has repeatedly denied any association with the organization.

“They say (Muslims of the Americas) is a front for Jamaat ul-Fuqra,” the cleric said in 2010.  “They try to keep bringing this name Jamaat ul-Fuqra, but we don’t acknowledge it.  Can our enemies show me, in my own writing, where I said I established Jamaat ul-Fuqra or its offices here in Pakistan or in America?”

Federal officials haven’t designated Jamaat ul-Fuqra as a terrorist organization, but its members do have prior links to terrorist acts – and Gilani himself was questioned in the aftermath of the savage 2002 beheading of journalist Daniel Pearl in Pakistan.

How come?  Because Pearl was en route to interview Gilani at the time he was abducted.

Gilani has also repeatedly boasted in videos of running “training camps” in America, and numerous reports of gunfire and explosions emanating from the compound have been documented over the years.

“We are fighting to destroy the enemy,” Gilani says in one of the messages.  “We are dealing with evil at its roots and its roots are America.”

Does that sound like the kind of crew you’d like to have residing just around the bend from a high school?  Or a nuclear power plant?

Law enforcement officials in South Carolina have consistently argued that the furor over Holy Islamville is overstated.

“Law enforcement has been all over that place and if there was something there, we wouldn’t be talking about it, we would be doing something about it,” then-S.C. State Law Enforcement Division (SLED) chief Reggie Lloyd told The (Charleston, S.C.) Post and Courier in 2010. “At this point we don’t consider it something the public should be concerned about. It’s just not what these groups are trying to portray it to be.”

In fact here’s a 2011 blog post from independent filmmaker Bassam Tariq purporting to show the peaceful transparent, accessible side of the community.

Still, as the shady taxpayer-funded “resettlement” campaign in Spartanburg picks up steam – and as the national move toward a second “War on Terror” picks up steam – expect this community to draw increased scrutiny.