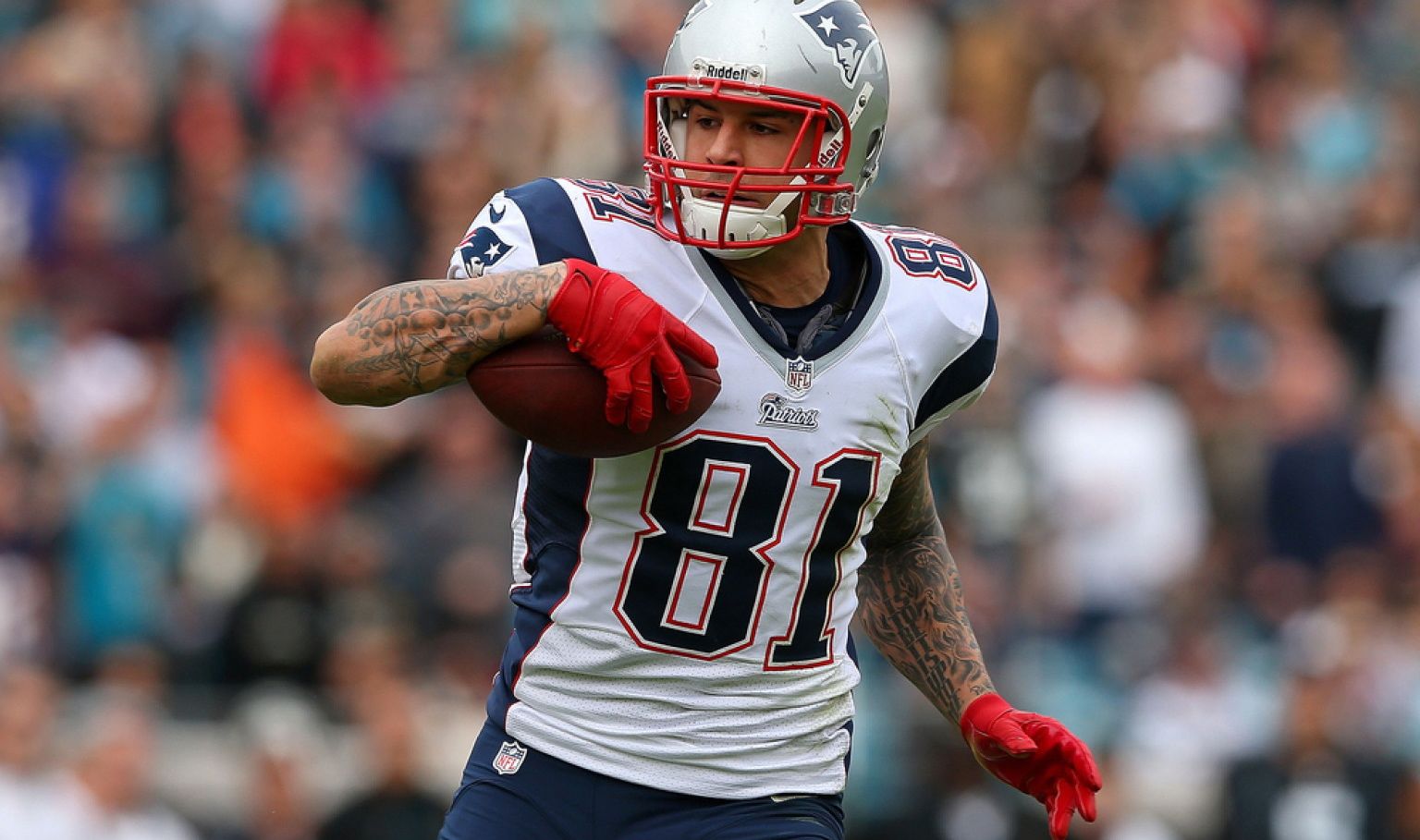 New England Patriots tight end Aaron Hernandez is at the center of a murder investigation … in fact more than a dozen law enforcement agents arrived at his Massachusetts mansion on Saturday with dogs, crime scene equipment and a warrant to search the premises.

Police are investigating the 2011 Pro Bowler in connection with the shooting death of 27-year-old Odin Lloyd of Dorchester, Massachusetts. Lloyd’s body was found six days ago in an industrial park about a mile from Hernandez’s home with a gunshot wound to the back of the head. Police are said to have video of Hernandez and Lloyd  partying together in Boston hours before his body was found.

Lloyd – a semi-pro football player – has been described by family members as “friends” with Hernandez. He also dated the sister of Hernandez’s girlfriend.

According to multiple reports, Hernandez is accused of destroying security footage from his home as well as his cell phone – ostensibly in an effort to hide evidence. He also hired cleaners to come to his home the same day Lloyd was killed.

Obviously that sounds an awful lot like the willful destruction of evidence – a.k.a. obstruction of justice.

Hernandez, 23, has caught 175 passes for 1,956 yards in 38 games for the Patriots over the last three years. Drafted in the fourth round of the 2010 NFL draft, the 6-foot-1, 245-pound Bristol, Connecticut native won the John Mackey Award at Florida in 2009 as the nation’s best collegiate tight end. He also led the Gators in receiving during their national championship win over Oklahoma following the 2008 season.

Neither Hernandez’s team – nor the NFL – have commented on the developing situation. Hernandez has been barred from Gillette Stadium, however, pending the resolution of the case.

Meanwhile Hernandez’s attorney has thus far only issued a standard “no comment” statement.

“It has been widely reported in the media that the state police have searched the home of our client, Aaron Hernandez, as part of an ongoing investigation,” the attorney stated. “Out of respect for that process, neither we nor Aaron will have any comment about the substance of that investigation until it has come to a conclusion.”