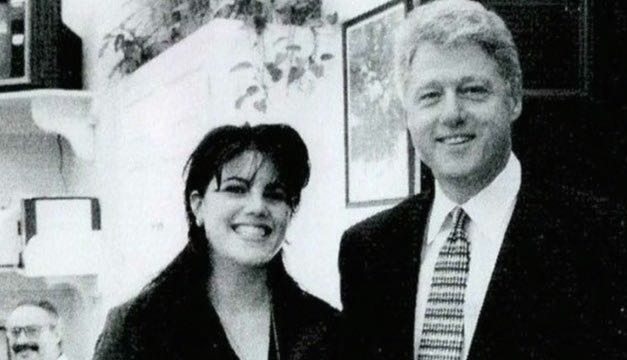 || By MANDE WILKES ||  Monica Lewinsky has long fascinated me – not because her story is extraordinary, but because its unfolding coincided with the dawn of the Internet, providing a platform for slut-shaming the likes of which would’ve made Jezebel blush.

Having retreated for a decade, Lewinsky has returned to open up about not her affair but about the limitless need it ignited on the level of schadenfreude and voyeurism.  She’s the subject of a new and sprawling New York Times profile, and she’s written a series of articles for “Vanity Fair” on the topic of her own demise.  And earlier this week she gave a TED talk on cyber-bullying and public humiliation – twin pursuits that, forgive me for saying it, are in some ways the currency of FITSNews.

How odd that I should take to these pages to write this, then.  No matter how sure the founding editor is to the contrary, this is a place populated by men.  Have you browsed the comment section, lately?  It’s bawdy and emphatic, and there’s a lot of all-caps – the cyber-equivalent of a sports bar.  Probably someone will make a remark about my boobs (please do! that’s why I bought them!), and maybe about my “cross-eyes” (they’re “bedroom eyes,” thank you very much).

Tough crowd, is my point.

And it’s not tough just on the women who sporadically contribute.  This site, both to its credit and its detriment, is happy to publish a sexy rumor or an explicit (and leaked) selfie.  It’s good business, and as a lot of it is in the realm of busting public officials, it’s an enterprise in civics.

But it’s not without its blowback, and that’s what Lewinsky wants us to know.  When Drudge Report broke the scandal way back in the 1990s, it gave voice to and made a vocation of slut-shaming – the practice of identifying and picking apart behavior which is perfectly normal, if not necessarily moral.  And it wasn’t just Lewinsky who was razed: Hillary Clinton, in the wake of the news that her husband had strayed, was the butt of a different sort of shaming – the kind that Jenny Sanford has been subjected to on this site, the kind that seeks to make a shrew of the scorned woman.

Good business, and in both cases an exercise of our civic duties.

But it’s not without its blowback.

Extensively I’ve written under a gender-unspecific pseudonym, in publications whose interests range from parenting to healthy living to new-age spirituality.  Extensively also I’ve authored pieces using my real name.  The difference in reception is gob-smacking, when readers are unaware of the writer’s sex.

This article – the one you’re reading now, if you’ve stuck around for this long – is one among many, the next in a slew of narratives about women’s experiences writing on the Internet.  I won’t link to them here, because … I don’t know, I don’t want to conflate my own experience with others’, maybe?  But they’re out there, if you’d like to find them.

Anyway, again I concede that this is a curious space for the subject.  And in that way it’s the most essential space of all.