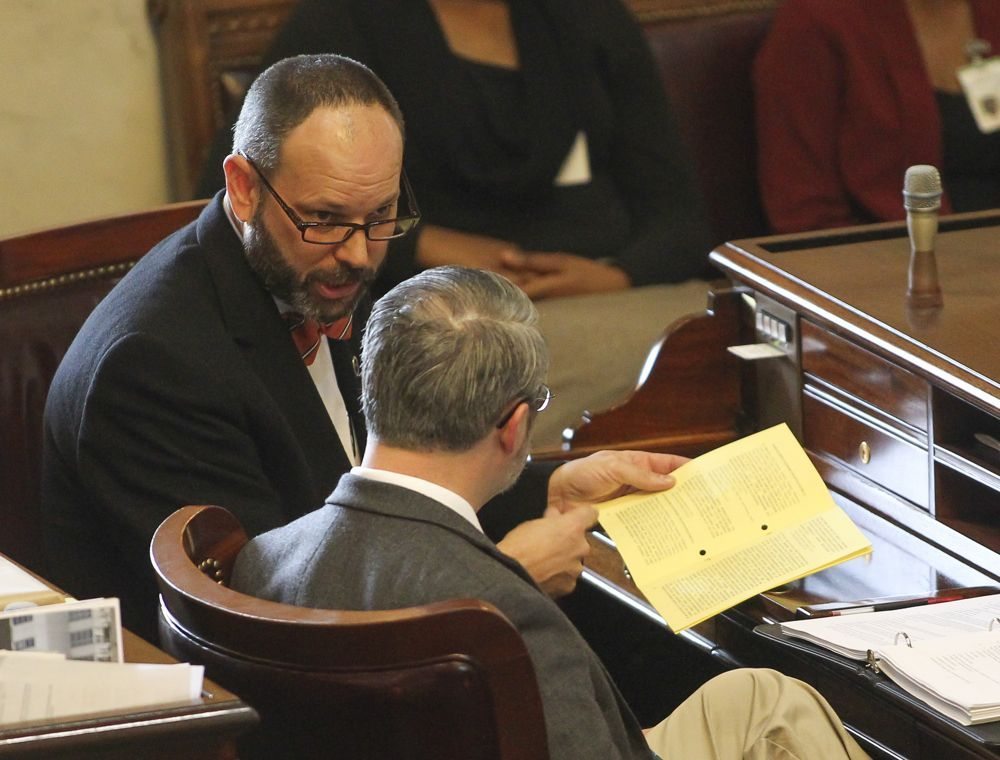 || By FITSNEWS || Members of the S.C. House of Representatives are scrambling to deal with S.C. governor Nikki Haley‘s threatened veto of a $500 million borrowing proviso in the state budget.

As we’ve pointed out, Haley’s veto threat is exceedingly hypocritical.  She’s previously supported such borrowing (and opposed using her veto pen on behalf of taxpayers).

But this year Haley – who is angling for national attention in advance of the 2016 presidential election – has decided to make a stink of the borrowing issue.  And while we can’t take her opposition seriously … we can’t oppose it, either.

House budget writers – led by S.C. Rep. Brian White – had planned on Haley supporting their $500 million deficit spending plan (which would come on top of the estimated $25.7 billion budget the governor gave them to chew on).

The veto threat has thrown all that calculus out the window, though …

Now lawmakers not only need to secure enough votes to pass the borrowing bill, they need to make sure they have a two-thirds majority to override Haley’s veto.

They didn’t … thanks to a contingent of lawmakers led by S.C. Rep. Rick Quinn (R-Lexington).  If that name sounds familiar, it should.  Quinn is the crown prince of the “Quinndom,” South Carolina’s most powerful – and controversial – political empire.

Ousted from office in 2004 after more than a decade in the legislature, the former majority leader fought his way back and was reelected to the S.C. House in 2010.  Since then he has overseen the reemergence of the “family business” – including a hugely successful 2014 election cycle.

Why did Quinn block the bond provision?  According to State House sources, it’s a power play.

“They like their big gubmint,” one legislative leader told FITS of Quinn and his allies. “Not someone else’s big gubmint.”

Whatever the reason, the result of Haley’s veto threat – and Quinn’s support of her play –  has been a mad scramble to plug a half-billion “hole” in the budget.

Plan “B?” A $275 million borrowing bill – with $100 million specifically earmarked for “infrastructure.”  (Read our thoughts on all that HERE). That proposal failed to receive sufficient support, though, thanks once again to Quinn’s allies.

Plan “C?” Using an estimated $150 million in settlement funds from a lawsuit – money S.C. attorney general Alan Wilson has assured lawmakers will be available within the coming fiscal year.  Oh, combined with $30 million or so in unclaimed prizes from the state’s government-run lottery.

Sources say this latter proposal has the votes to pass … and to survive a gubernatorial veto, should one still be forthcoming.

The wild card in all this?  S.C. Senator Hugh Leatherman – the most powerful elected official in state government.  Leatherman has already been puppet-mastering behind the scenes in support of tax hikes and other revenue enhancements, and State House sources agree he is likely to reinsert a significant portion of the proposed deficit spending into his version of the state budget.

That means House and Senate leaders could be facing an especially contentious “conference committee” this year on the budget – a.k.a. the annual slugfest/ horse-trading session between the two “Republican-controlled” chambers over which spending plan makes its way to the “Republican” governor’s desk.

Bottom line? Whether this borrowing provision passes or fails … lawmakers will still wind up spending more than they ever have before on a government that continues to fail taxpayers and suck far too much money out of the state’s consumer economy.

Trouble At The North Chuck IHOP