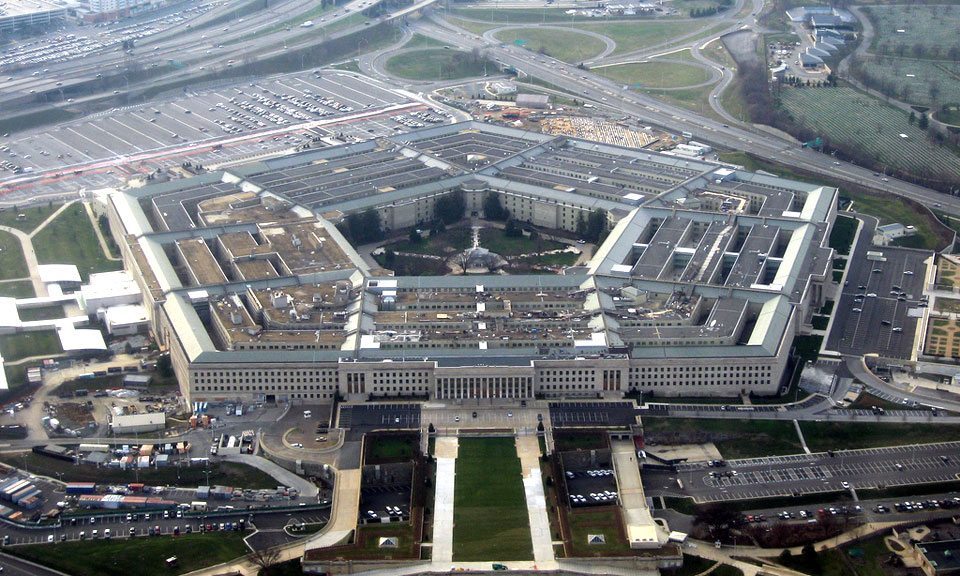 “South Carolina is proud to be called the most patriotic state in America, and taking care of our eight military installations and the businesses that serve them is important to us,” Haley said.  “Programs like this one will help make sure that defense contractors continue to operate successfully and grow jobs in our state.”

We’d love to see those … because last time we checked military spending in America wasn’t being cut, it was skyrocketing.

In fact U.S. president Barack Obama‘s budget – which is likely to be outdone by congressional “Republicans” – appropriated $535 billion ($35 billion more than he and the GOP agreed to as part of their 2011 “debt dereliction deal”).

And that’s on top of big increases to military spending included in the current budget.

Haley’s patriotism appears to have outstripped her ability to do basic math.

Government doesn’t (or shouldn’t) exist to create jobs, it exists to perform a few very basic tasks.  And just because “providing for the common defense” is one of those tasks, that doesn’t mean we should continue to chase good money after bad on reckless projects.

Or for that matter reckless wars …

Is her inability to do basic math the reason she graduated with a degree in accounting, but did not or could not become a CPA?

Being a CPA just means you knew 75% of correct answers on certain subjects on exam day.

she is an idiot and so are SC voters that voted her back in.

Name calling serves no purpose. I did not vote for President Obama in 2008 and 2012. At no point did I make any negative comments against the president.

If you have specific facts you would like to comment on regarding Gov. Haley’s record, then state those facts.

You must be new here.

Welcome then. Nice change of pace. However, look out for Grand Tango – he calls everyone names.

To those who replied to my post, you are entitled to your opinion, but not the facts.
Hiding behind anonymity and making snide comments only informs me of your a lack of depth.

“only informs me of your a lack of depth.”

Name calling does have a purpose.

Are you sure you entered the right door?

The Holier Than Thou convention is in the next room.

i can say whatever i feel like saying. thank you for your input though. how about we just discuss the post at hand. Her failure to manage her facebook page. looks like most all of her supporters are uneducated, ignorant people posing as christians.

Hold up now, I thought she was an “accountant”….

The proposed troop draw down is the main topic. I don’t know the exact numbers but it was a fairly good number of job losses statewide. She is trying to ease the pain to our economy. You people are so anti Nikki you are making me look bad.

And it’s not just the Army. There is likely impact in USAF and Marines and what little is left of the Navy (data center) could be pulled.

There you guys go again with facts. You are destroying Sic Willie’s thesis.

“… because last time we checked military spending in America wasn’t being cut, it was skyrocketing. …”

The spending on “military” includes a whole list of line items that don’t belong in a 21st Century War Machine: Like excessively expensive jet fighters meant to fight almost non-existant enemy fighters, while the ground support gunships/aircraft are being cut. Like 400 brand new air refueling tankers to replace the 400 we already have and don’t use. Like trans-gender bathrooms on battleships. Like air craft carriers to launch those un-needed jet fighters. … …

Exactly how many “battleships” are in commission in the US Navy?

I know you mean that basically the US Navy does not have any “battleships” anymore.

The Coast Guard and NOAA don’t officially have any “cruise ships”, either … but that’s not how they operate.

Haley is the Moron of the year!!

You moron, there have been no cuts at this point, but unless Congress lifts the military sequester, there will be significant cuts on Jan 1, 2016. That may be a good policy or a bad policy, but there are very real cuts to the Defense Department coming.