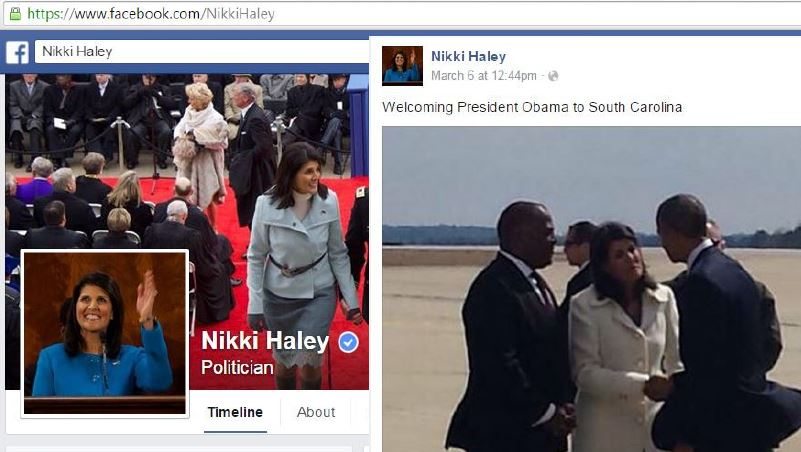 || By FITSNEWS || S.C. governor Nikki Haley did the classy thing and welcomed U.S. president Barack Obama to the Palmetto State last week … his first visit to South Carolina since becoming president (actually his first visit since winning the state’s primary seven years ago).

She even wore her hooker boots … you know, in case some additional “infrastructure funding” was needed.

What took him so long?  Well, according to U.S. Rep. Jim Clyburn – Obama’s people were hesitant about him coming to South Carolina due to the state’s climate of racism.  Specifically, Clyburn singled out a 2009 comment by former “Republican” party activist Rusty DePass – who compared first lady Michelle Obama to an escaped gorilla at a local zoo (news of which broke exclusively on FITS).

“Those comments made his staff nervous,” Clyburn told The (Columbia, S.C.) State newspaper.

Well, judging by comments posted to Haley’s Facebook page (in the aftermath of her posting a grainy picture of her shaking Obama’s hand) it will be a long time before there’s another presidential visit.

As captured by the liberal website If You Only News, Haley’s picture was accompanied by “horrid, ugly, juvenile, and even openly racist comments” which “have yet to cease” and which Haley “has yet to have … removed.”

Here are some redacted screen caps the outlet published … 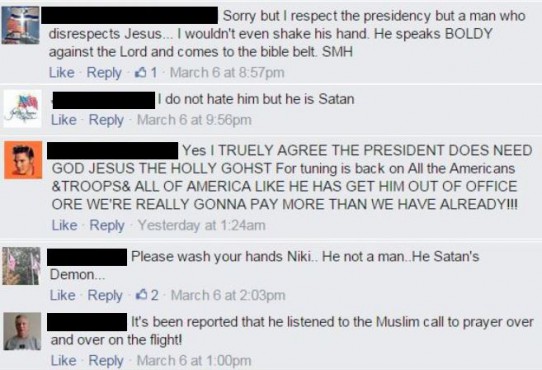 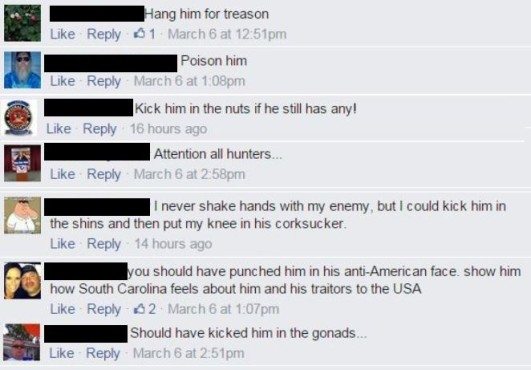 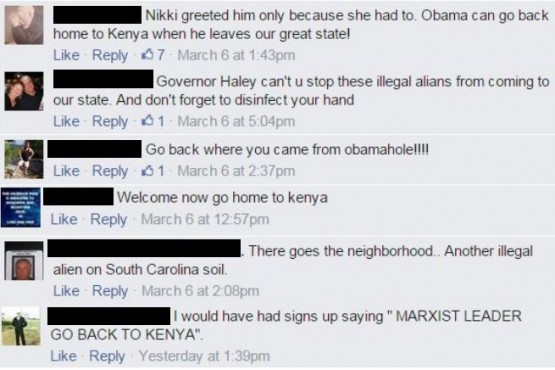 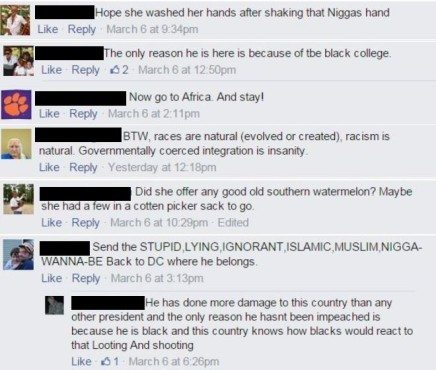 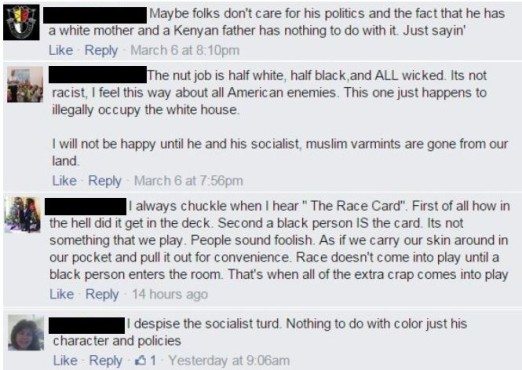 FITS has reviewed (and preserved) the entire comment strand and we gotta say … it’s beyond embarrassing for South Carolina.  And not just the overt racism or the menacing remarks offered by “haters” on both sides of the divide – but the underlying ignorance of comments made in support of Haley and Obama, too.

We’re not about to cast stones regarding things that get written in online comment sections (see below).  Each of these commenters  obviously has the right to speak their mind, and to her credit Haley hasn’t removed any of the comments critical of her, either.  But yeah … the entire exchange is an extraordinarily sad commentary on the current status of the public discourse.

Not to mention another national black eye for the Palmetto State …

Full disclosure: This website has assailed both Obama and Haley (examples HERE and HERE).  We view both as statist, crony capitalists who support the perpetual growth of government at all levels – although we would argue Obama’s assault on our wallets and our liberties is far more egregious than anything Haley has done.

SC Farmers Would Suffer Under “Obamatrade”