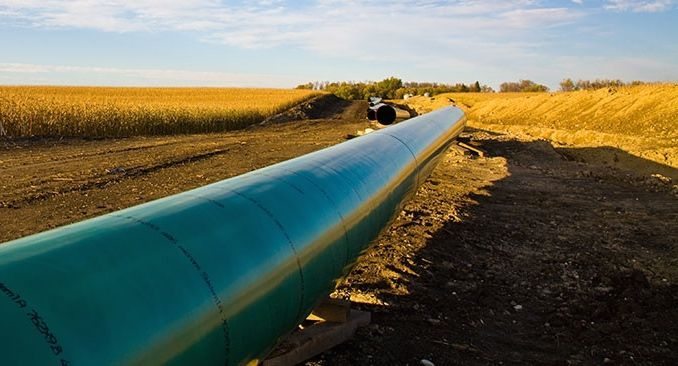 || By FITSNEWS || U.S. president Barack Obama vetoed the $7 billion Keystone XL pipeline project this week – saying the 1,600-mile pipeline was not in the nation’s best interests.

“Because this act of Congress conflicts with established executive branch procedures and cuts short thorough consideration of issues that could bear on our national interest — including our security, safety, and environment — it has earned my veto,” Obama wrote of the Keystone XL project, which landed on his desk two weeks ago.

Anyway, Obama’s decision – which came as no surprise to “Republicans” in the U.S. Congress – puts the kibosh on an estimated 300,000 jobs.

“The president is just too close to environmental extremists to stand up for America’s workers,” Boehner said.  “He’s too invested in left-fringe politics to do what presidents are called on to do, and that’s put the national interest first.”

While the debate obviously means a great deal to the U.S. economy, it could be a moot point for Transcanada – the company that’s been pushing the project.

That’s because Transcanada has figured out another way to get its oil (168 billion proven barrels, at last check) where it needs to go.  It’s called Energy East, a proposed $10.7 billion, 2,858-mile pipeline that would carry 1.1 million barrels of crude oil every day from Alberta and Saskatchewan to refineries in eastern Canada.

By comparison, Keystone XL would carry approximately 830,000 barrels of oil a day.

This website has consistently supported Keystone XL – which would have been an extension of several existing Transcanada pipelines that run through the United States.  We simply don’t see any reason why the jobs associated with its construction and operation should go elsewhere.