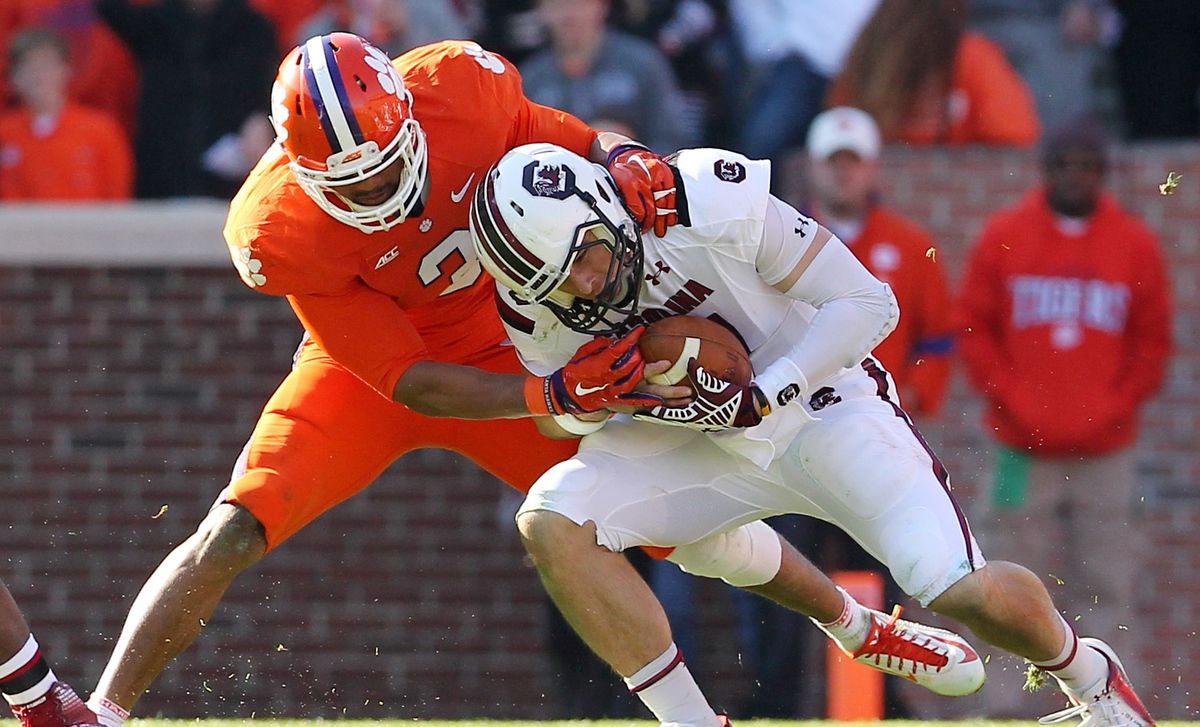 FORMER TIGER PUTS ON A SHOW AT NFL COMBINE

|| By FITSNEWS || Last September we wrote an article entitled “Vic Beasley Is Delusional,” referring to the former Clemson University standout’s contention that he was a “better player” than 2014 No. 1 NFL draft pick Jadeveon Clowney, a unanimous All-American at the University of South Carolina.

Well guess what … Beasley may not have been so delusional after all.

The 6-foot-3, 246-pound pass rusher put on a clinic for NFL scouts over the weekend in Indianapolis, Indiana – showing off a potent combination of speed, strength and agility that silenced his critics and boosted his draft stock.

Beasley ran the forty-yard dash in a blazing fast 4.53 seconds – matching Clowney’s mark from a year ago.  But it was his performance on the bench press that really raised eyebrows.  Beasley lifted 225 pounds an impressive 35 times – or fourteen more reps than Clowney turned in last year.

Beasley’s speed and strength were the tops among all linebackers at the combine … meaning it’s no longer a question of “if” he gets selected in the first round of the NFL draft in April, but “where.”  Both the New Orleans Saints (pick No. 13) and Pittsburgh Steelers (pick No. 22) need outside rush help … and after his combine performance we don’t see any way Beasley slips out of the top two dozen picks.

“It’s time to acknowledge that Beasley is one of the top pass-rushing prospects in the 2015 class,” NFL.com reported.  “He has silenced critics questioning his size, strength and power.”

It’s also time for us to revisit our remarks from six months ago … giving Beasley credit where credit is due.  Now, to be fair Clowney has clearly not been playing at 100 percent since his breakout sophomore campaign in 2012.  In fact some question whether the 6-foot-5, 266-pound defensive end will ever be the same player after undergoing risky microfracture surgery on his right knee last December.

The Houston Texans – who took Clowney with the top overall pick last year – sounded an optimistic tone last week, with head coach Bill O’Brien saying Clowney was on “the right track” in his rehabilitation.

Our view?  Both Clowney and Beasley are insanely gifted athletes who have the potential to consistently dominate even the best NFL offensive linemen.

In fact we hope they’re able to keep this “better player” debate going over the coming decade on the NFL gridiron … because that would be something to watch.

For now, though, it’s safe to say Beasley has made a pretty compelling case …