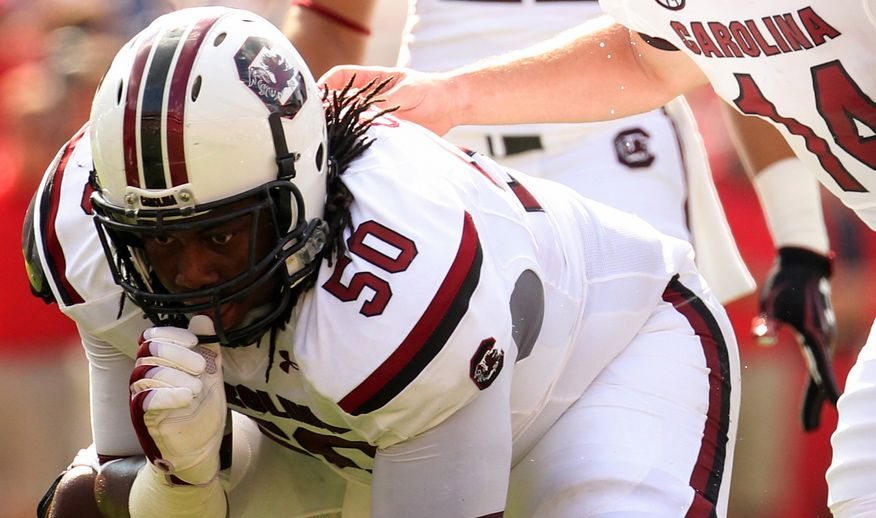 ANDERSON, CANN, DAVIS, ROBINSON AND SURRATT GET THE CALL …

COLUMBIA, S.C. (February 12, 2015) – Five former University of South Carolina football players have been invited to participate in the 2015 NFL Combine. The combine will take place from February 17-23 at Lucas Oil Stadium in Indianapolis and will feature more than 300 top prospects.

Top executives, coaching staffs, player personnel departments and medical personnel from all 32 NFL teams will be on hand to evaluate the nation’s top college football players eligible for the upcoming NFL Draft. The players will go through a series of measurements, interviews and workout drills over a four-day period.

Participants are determined annually by a selection committee. The Directors of both National and BLESTO scouting services, which combined represent twenty-five NFL teams, are joined by members of various NFL player personnel departments to form the committee. The participating NFL executives can rotate on a yearly basis, and remain anonymous. All eligible players are reviewed and voted on by the committee members. Each athlete receiving the necessary number of votes, by position, is then extended an invitation. While it is not a perfect science, the goal of the committee is to invite every player that will be drafted in the ensuing NFL Draft.

The Gamecocks will hold their annual Pro Timing Day on Wednesday, April 1.