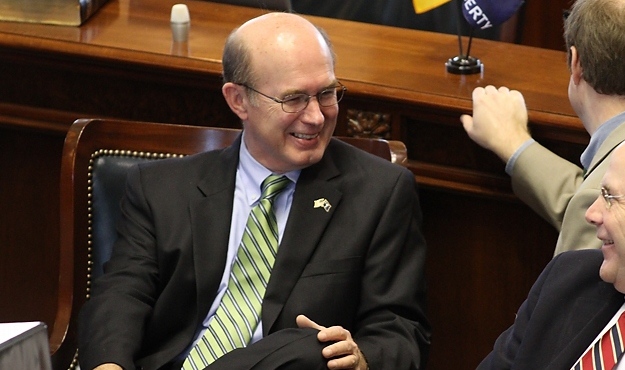 “We in state government have a duty to protect the most vulnerable in South Carolina, and tragically, that too often ends up being members of an abuser’s household,” Martin said. “South Carolina has been among the worst in the nation in domestic violence for far too long, and I’m hopeful the full Senate will address this bill quickly.”

The flood of CDV interest stems from recent data showing South Carolina ranking No. 2 nationally in the percentage of women killed by men.  In previous years, South Carolina has ranked No. 1.  Of course the issue has also prompted several political headaches for the GOP (see HERE and HERE).

Nonetheless, “Republican” leaders in the S.C. Senate are advancing Martin’s bill as quickly as possible – moving it out of the chamber’s judiciary subcommittee this week.

“As a former solicitor, I’ve seen the tragedy of domestic violence more than I’d care to recall,” said Senator Greg Hembree, a co-sponsor of the bill. “When you look at those statistics, domestic violence deaths have too often involved firearms and repeat offenders.  This is a commonsense way to make sure that offenders with a history of committing violence in the home are punished have a lessened ability to commit violence in the future.”

Okay … but Martin and Hembree need to be very careful not to go overboard in their restriction of gun ownership.

The federal government has already passed a lifetime ban on firearm possession for criminal domestic violence offenders – the 1997 Lautenberg Amendment.  We believe this law violates both the Second and Tenth Amendments to the U.S. Constitution.  We also believe such a ban is overkill for a first offense – although we can see Hembree’s point regarding “repeat offenders.”

Anyway … Martin and Hembree’s bill is likely to receive a vote from the full Senate later this month.  After that, it must pass the S.C. House of Representatives prior to receiving approval from Haley.