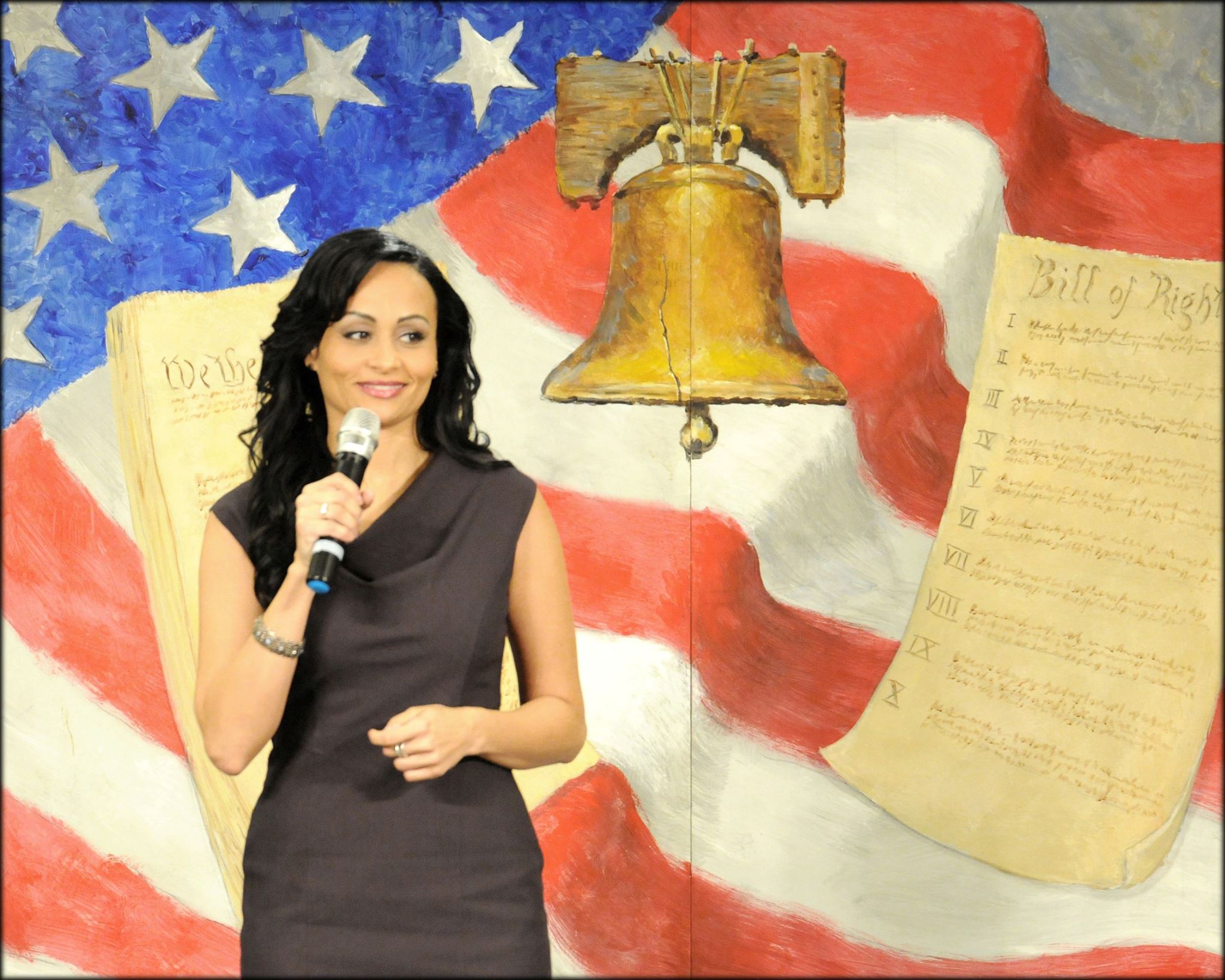 || By FITSNEWS || To say U.S. Sen. Ted Cruz made a splash on his latest visit to early-voting South Carolina is an understatement.  The Texas conservative wowed the crowd at the S.C. Tea Party Coalition convention in Myrtle Beach, S.C. this week – receiving arguably the most enthusiastic response of any of the four would-be 2016 “Republican” presidential aspirants.

Cruz’s visit paid off in the press, too – nationally and in South Carolina.  Politico wrote an expansive piece about the buzz his Tea Party speech generated, while we devoted a lengthy column toward his prospects for victory in the Palmetto State’s “First in the South” presidential primary election.

Of course not … but one of his aides certainly did …

We’re referring, of course, to Katrina Pierson – the stunning Texas bombshell who turned heads at the convention with her introduction of Cruz, delivered in front of an overflow crowd of hundreds of conservative activists.

This website has written about Pierson in the past.  In fact we referenced her 2014 candidacy against liberal “Republican” congressman Pete Sessions (which she lost, lamentably) as emblematic of the sort of “RINO hunting” needed on a national scale if the GOP ever hopes to regain the trust of leery taxpayers.

Now South Carolina knows all about this grassroots guru … who runs a consulting company in her home state.

“Everybody loved her,” one convention attendee told FITS. “Everybody was talking about her.”

The press picked up on Pierson’s appeal as well.  We quoted her in our article about Cruz, while her picture was featured prominently in several articles – including a story in The (Myrtle Beach, S.C.) Sun News.

She was all over social media too …

Let’s start with the obvious reason for all the attention, shall we?  Pierson is attractive.  Like … majorly attractive.  And while a person’s physical appearance isn’t (or shouldn’t be) a compelling reason to pay heed to their political views, to pretend it’s completely irrelevant is just as naïve.

“People stop and listen to her,” one of the organizers of the Tea Party convention in Myrtle Beach told FITS. “Do you know how many people here are trying to have their voices heard? Half the battle is getting them to stop and listen.”

Beyond her drop dead gorgeous looks, Pierson is one of only a handful of young, minority women making waves in a movement that’s typically populated by old white men.  She’s a single black mother who knows what it means to struggle to make a living – the sort of narrative that’s typically invoked in an effort to appeal to Democratic voters.

But Pierson’s attractiveness, ethnicity and background – attributes she has little/ no control over – are coupled by her rabidly pro-free market ideology, well-honed messaging skills and unrelenting work ethic (three things she does have control over).

Add it all up and you’ve got one potent operative … plus Pierson isn’t “all politics, all the time” like most young hacks.  She’s got diverse interests – including a planned shoe and clothing line.

Bottom line?  We expect to see a lot of Pierson over the coming year as Cruz’s campaign ramps up its presence in early-voting South Carolina.  And based on the reaction she got at the Tea Party convention, her presence here should continue accruing to Cruz’s benefit.

Ben Carson: Tea Party One Day, Establishment The Next