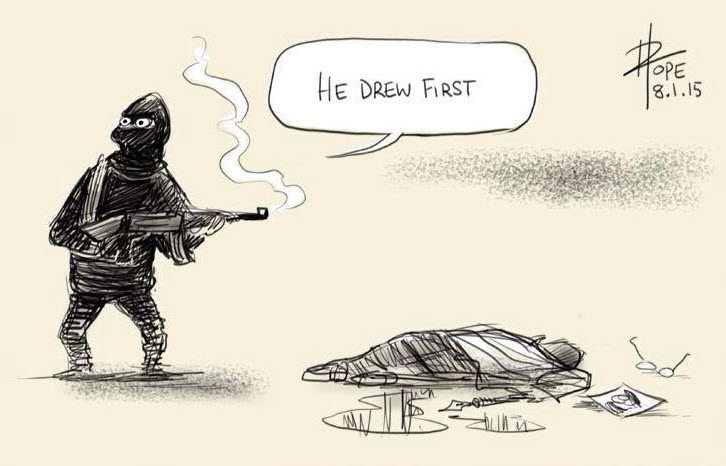 “WE CAN’T LIVE IN A COUNTRY WITHOUT FREE SPEECH”

|| By FITSNEWS ||  So in the aftermath of the terror attack launched this week against French satirical magazine Charlie Hebdo, here’s a cartoon from David Pope of The Canberra Times in Australia that we feel sums up the situation about as well as anything we’ve seen.

“Our job is not to defend freedom of speech but without it we’re dead. We can’t live in a country without freedom of speech. I prefer to die than to live like a rat,” Charbonnier told the network at the time.

Later he added, “I haven’t time to be afraid.”

Killing In The Name Of …