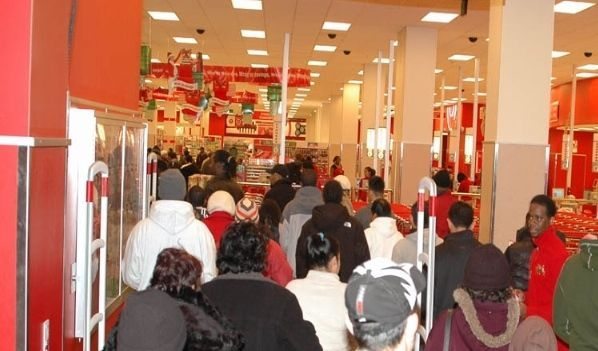 WHAT WENT UP … COMES DOWN (HARD)

A month after a surge in consumer confidence, the measurement suffered a steep and unexpected dip in November – with the Conference Board’s key index dropping from 94.1 to 88.7.  That erased all of October’s gain – and marked the lowest reading for the index since June.

Even worse?  The hit to expectations.  Analysts had predicted the measure would climb to 96.6 percent this month – one of its highest readings ever.  That didn’t happen, as the unbridled optimism of October gave way to November nervousness.

“Consumers were somewhat less positive about current business conditions and the present state of the job market; moreover, their optimism in the short-term outlook in both areas has waned,” said Lynn Franco, the Conference Board’s director of economic indicators.

Yup … and don’t forget the fact those who do have jobs aren’t making what they once did.

Frankly it amazed us October’s confidence was so high given America’s stagnant income growth and the 93 million working age citizens currently not in the labor pool.  But hey … we’re still hopeful the consumer economy will rebound in spite of government’s efforts to kill it.