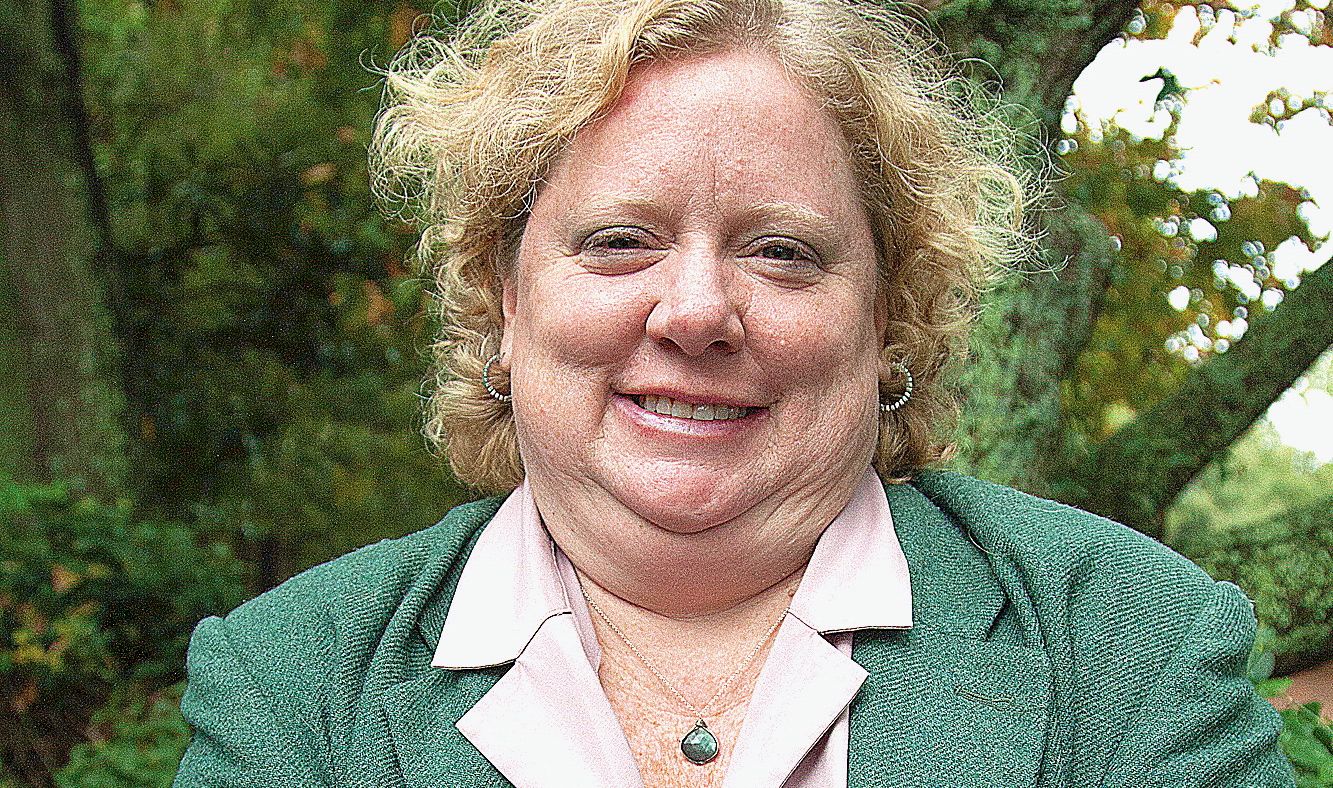 It turns out there was more … much more … to that story.

According to a letter submitted this week to Condon’s colleagues on county council, the openly gay local leader is the subject of a pending complaint before the S.C. Commission on Lawyer Conduct.

“She used felons, her present position on the Charleston County Board, and other means at her disposal to violate the law,” the complaint states.

According to John Peterson – the ex-husband of the woman with whom Condon was carrying on an extramarital lesbian affair – Condon ” instructed her client (my ex-wife) via e-mail and text to break into my residence (which was not the marital home) and steal documents pertinent to their case.”

“I have in my possession, intercepted texts and e-mails from Colleen Condon to my ex-wife telling her where, when and who was going to help her conduct the two burglaries at my residence,” Peterson adds.

Peterson also accuses Condon of extorting him and “continuously (sending) e-mails and voice messages threatening to use her influence … from having my business license revoked to revoking my license to work from home in Charleston County from the zoning board.”

It gets better. Peterson’s complaint also accuses Condon of paying law enforcement officers to cover up her alleged criminal activity – and to keep tabs on him.

Condon told FITS the allegations against her are false and that she anticipates a “full exoneration” once the complaint is heard by the commission.

Shortly after our initial story regarding her sex scandal broke, Condon announced to her fellow council members that she was a lesbian. Since then, her name has been touted in some Democratic circles as a possible successor to longtime Charleston, S.C. mayor Joe Riley.

To view Peterson’s complaint against Condon for yourself, click on the link below.

ALG: “Do Or Die” On Defunding Obamacare

A Vegan on steroids

Thanks. That is a book and movie I skipped because the title was uninteresting, but now I’ll have to read the book on those cold winter nights….. and photos: GASP!

It’s not a book/series for everyone…but the first 100 pages of the 1st in the series is especially memorable.

I did a lot of novel reading as a kid from 14-17….slowed way down in college(irony?) and have never been able to really do much since except occasional historical reading…and kids/career keep it slow.

But for 3 years I was a reading machine…my wife had to throw out boxes of books(I wish I had them still for my kids) when we were first married because we had no where to keep them at the time.

The only reason that I call myself Polyphemos is because Slartybartfast was taken.

Oh, and the movie pales…just get the first book and see if you like it. No one should have ever tried to make it a movie…it’s virtually impossible to do properly.

And next month in FUPA Digest…

Thanks, sheesh!, Squishy123, surfer, the web, that is and Jay Ellington…
I’m now BLIND and I HAD A STROKE! LOL!

Which reminds me ………
———————-
Two nuns from St. Peters were waiting for the light to change while going to the library. A guy wearing a raincoat suddenly turned around and, completely naked, flashed them. One of the nuns had a stroke. The other one didn’t touch him.

Now picture her naked with a strap-on.

The most shocking part of this story is that someone would actually have sex with whatever that is. Boy, John Peterson must feel like a real dud to be left for this wooly booger.

Pro Tip:
If your wife leaves you for a woman, sigh heavily and tell everyone:
“I guess my penis just wasn’t small enough….”

Why isn’t UGA wearing the traditional red and black outfit with the big “G” on it?

*TBG realizes that he’s probably going to Hell for this…*

I have just sent them a picture of Ms. Condon with the request to cancel my subscription and refund my money

+15 if she was a Star Wars character, she’d be Jabba the Huttress…

Dear Wil Folks, this is a classic example of a feature piece of scribe in which your readers should actually know how to use this article. Wil, did you ask your readers to think about the information that Colleen Condon has oversight on from her perch upon the County Council.

Wil, just look at how your readers comment by using personal beauty attacks. How elementary. Your advertisers expect far greater in-depth thought and usefulness. Your readers expect better from you too.

Heck, you don’t even take the time to offer your comment section as a “deposit” location for all court related documentation for all concerned jurors to use.

Agreed. In County Council meetings she walks around with her shoes off, like she’s at the beach. And it ain’t pretty.

I’ll bet her feet smell like a weird mix of failure, mackrel, & ugly.

GOOD GRIEF, Jay, how am I going to get that image out of my head today — might be afraid to go to sleep tonight!

You are the worst kind of commenter. You fancy yourself as a profound and thought-provoking writer when, in fact, you’re terrible. Your comments are incoherent and overly wordy and generally whatever point you’re trying to make at the time gets lost in your freewheeling punctuation and poor grammar. Piece of scribe? That’s not even the proper use of the word “scribe.” I lost you after the first sentence. Obviously, you have a lot to say. You might want to think about how you say it. Their …… I GOT that off MY CHEST … feel much BETTER ;)

We hope you find time to stop by South Carolina when you get a chance. When you do, we would appreciate it if you drove up and down I-95 and studied the advertising tactics the the “South of the Border” uses with its Pedro campaign. When you sit back and pray about it Pope, how would Jesus use the same tactics to promote the FItsnews website to help make WIl Folks some extra cash? Pope, how did David throw a stone differently than those who wanted to stone a woman…?

Isn’t everything in life a man’s fault anyway? How many men helped Colleen be corrupt in the first place..?

Pope, lets offer a prayer to Colleen and hope that “BOEING fever” spreads to every man on Charleston County Council.

We sure do appreciate your efforts in visiting our Carolina, Pope. God Bless…….

I’d like to have a utility program that hides all Philip Branton comments. They are truly mindless, and rambling.

Branton, do us all a favor.

Write letters to the editor at newspapers. Get the hell out of here. You’re boring.

Fuck you Branton, we don’t need a Goddamn babysitter. We’re having a ball chewing this bitch up. Stomp on home now mommy’s calling.

What a couple of whores.

Condon and Stavrinakis, that is.

No I do not jest. But Mannies makes her pay for her own pitchers of beer. Gross to witness this daily scene, man.

No, and don’t call her Shirley

I would not screw this with someone else’s pecker; but, I know a number of State Senators who would! P., R., C., and the list goes on.
Pull a snake’s fangs and these guys would screw it!

Waiting for 9″ to give us the real skinny on this…..

put some astroglide in there,and you could have a LTR with her double-chin…

Is she related to Tommy?

Considering that she is wearing a shade of GREEN in this photo then by all visual accounts she should in fact be welcome at Tommy Condon’s Irish Bar off of Market Street.

Care to take a wager and bet on the ability of Wil Folks to actually prove the family name connection..?

Maybe Judge Ware can be the “bookie”….

Wait till Elliot Summey is exposed for his conduct. The news will break about it sometime this year.

First pic of Jake Knotts in a while.Glad he’s having fun

I lost my boner.

Her defense is the classic….Don’t believe your lying eyes!

As you can tell by reading the comment section, this website has very lively participants and readers would welcome the chance to sit in a court room to give witness in this case. Now, we naturally have no idea who your public relations or media advice professionals are that are advising you; but we highly suggest that you go ahead and use this comment section yourself, and get your side of the story out before this case ever gets started.You need to start kicking and screaming and take down every last BOEING scoundrel on County Council. Matter of fact, go ahead and tell how members were told about 400, then 500, then 800, then 900 Million in taxpayer “bacon” that no voter in our state had a chance to vote on. Heck, you need to pull a “NIXON-FROST” interview with Wil Folks to sway the Jury and expose this Good ol’ Boy “Big Oil Plantation” our state economy finds itself enslaved too…!!!

i wanna see what the other one looks like . . lesbo that is ….not chin

This is not a woman … it is a mud fence. She had to turn lesbian … with a face like that she couldn’t get laid on a troop train. “It” should use the unearned funds for plastic surgery.