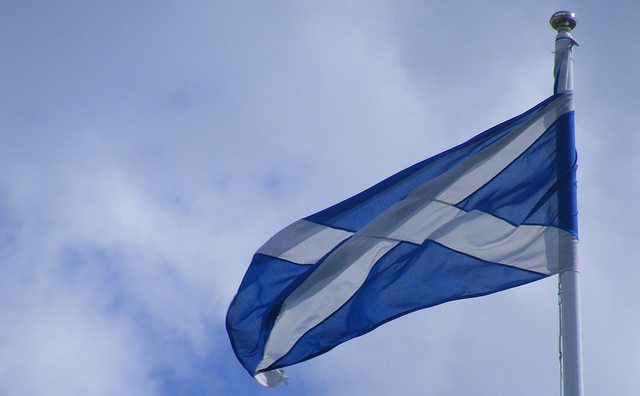 By RON PAUL  ||  Even though it ultimately failed at the ballot box, the recent campaign for Scottish independence should cheer supporters of the numerous secession movements springing up around the globe.

In the weeks leading up to the referendum, it appeared that the people of Scotland were poised to vote to secede from the United Kingdom.  Defeating the referendum required British political elites to co-opt secession forces by promising greater self-rule for Scotland, as well as launching a massive campaign to convince the Scots that secession would plunge them into economic depression.

The people of Scotland were even warned that secession would damage the international market for one of Scotland’s main exports, whiskey.  Considering the lengths to which opponents went to discredit secession, it is amazing that almost 45 percent of the Scottish people still voted in favor of it.

Americans who embrace secession are acting in a grand American tradition.  The Declaration of Independence was written to justify secession from Britain.  Supporters of liberty should cheer the growth in support for secession, as it is the ultimate rejection of centralized government and the ideologies of Keynesianism, welfarism, and militarism.

Widespread acceptance of the principle of peaceful secession and self-determination could resolve many ongoing conflicts.  For instance, allowing the people of eastern Ukraine and western Ukraine to decide for themselves whether to spilt into two separate nations may be the only way to resolve their differences.

The possibility that people will break away from an oppressive government is one of the most effective checks on the growth of government.  It is no coincidence that the transformation of America from a limited republic to a monolithic welfare-warfare state coincided with the discrediting of secession as an appropriate response to excessive government.

Devolving government into smaller units promotes economic growth.  The smaller the size of government, the less power it has to hobble free enterprise with taxes and regulations.

Just because people do not wish to live under the same government does not mean they are unwilling or unable to engage in mutually beneficial trade.  By eliminating political conflicts, secession could actually make people more interested in trading with each other. Decentralizing government power would thus promote true free trade as opposed to “managed trade” controlled by bureaucrats, politicians, and special interests.

Devolution of power to smaller levels of government should also make it easier for individuals to use a currency of their choice, instead of a currency favored by central bankers and politicians.

The growth of support for secession should cheer all supporters of freedom, as devolving power to smaller units of government is one of the best ways to guarantee peace, property, liberty — and even cheap whiskey!