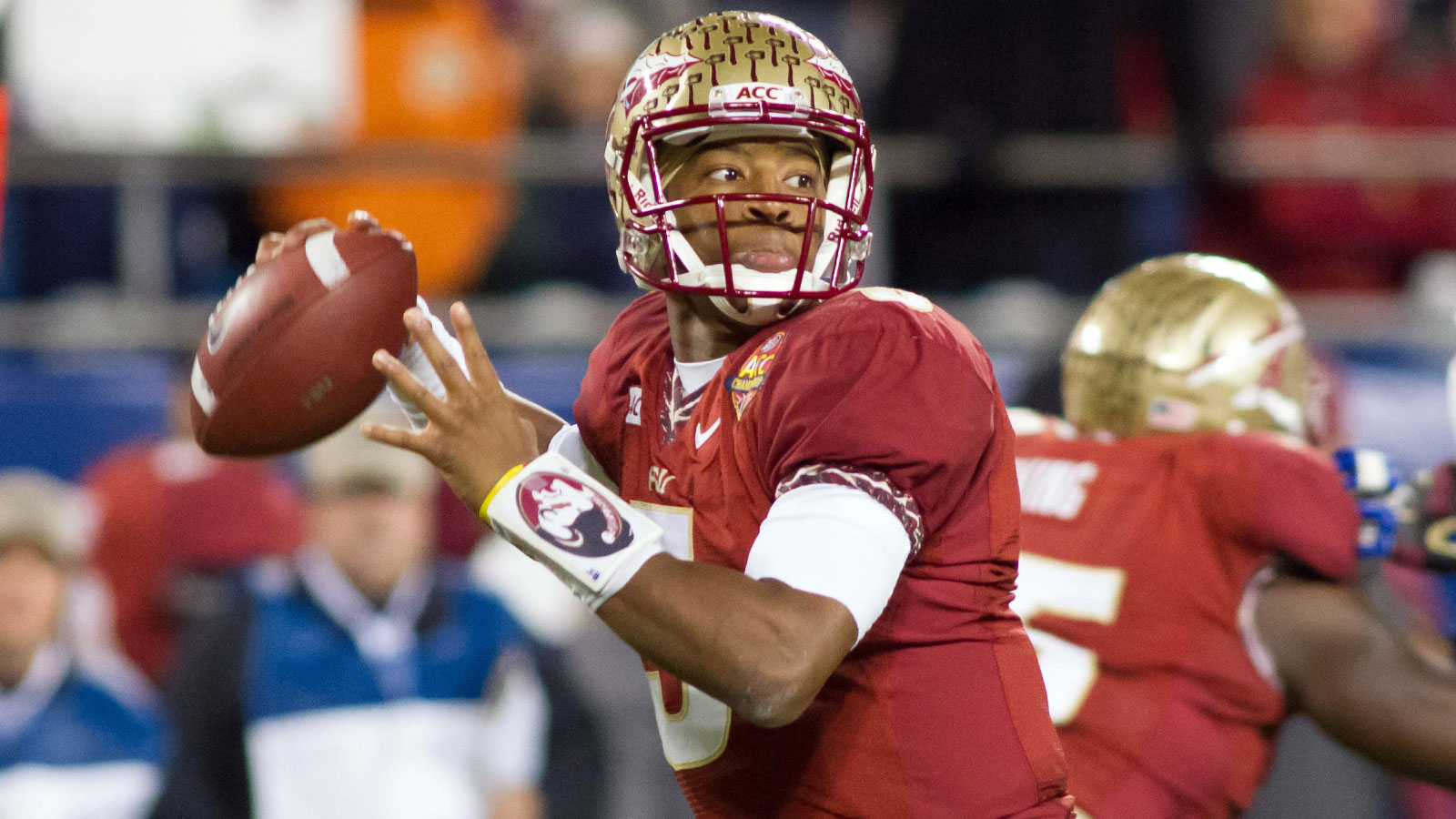 Defending national champion Florida State University – the No. 1 college football team in the nation – will be without its star player for the first thirty minutes of Saturday’s Atlantic Coast Conference (ACC) opener against No. 24 Clemson.

Last year’s Heisman Trophy winner Jameis Winston was suspended for the first half of the game by school officials for yelling a vulgar phrase on campus.

According to multiple witnesses, Winston stood on a table in the middle of the FSU student union and yelled “f*ck her right in the p*ssy” – referencing a (NSFW warning) fake video that quickly turned into an internet meme.

FSU issued the half-game suspension after a flood of tweets referencing Winston’s outburst were published by the website Deadspin .

“As the university’s most visible ambassadors, student-athletes at Florida State are expected to uphold at all times high standards of integrity and behavior that reflect well upon themselves, their families, coaches, teammates, the Department of Athletics and Florida State University,” the school said in a statement. “Student-athletes are expected to act in a way that reflects dignity and respect for others.”

Winston’s outburst probably wouldn’t have been as problematic save the allegations of sexual assault leveled against the 6-foot-4, 230-pound Bessemer, Alabama native last year.

Prosecutors declined to press charges in the wake of the allegations, citing issues with the investigation and the unlikelihood that the evidence collected would be sufficient to result in a conviction.

Winston completed 22 of 34 passes for 444 yards and three touchdowns en route to a 51-14 dismantling of Clemson last year in Death Valley.

The Seminoles (2-0, 0-0 ACC) were 21-point favorites over the Tigers (1-1, 0-0 ACC) prior to Winston’s suspension being announced.  Within minutes, the betting line had dropped to 17 points.

The game is critical because for the last five seasons, the winner has gone on to represent the ACC’s Atlantic Division in the conference championship game.  FSU enjoys an all-time 19-8 edge over the Tigers.

Clemson and FSU are scheduled to kick off at 8:00 p.m. EDT on Saturday at Doak Campbell Stadium in Tallahassee.  The game will be televised nationally by ABC.

Winston has now been suspended for the entire game …