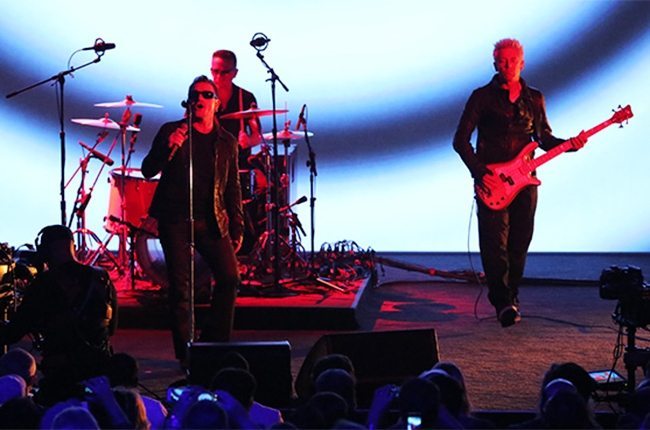 This website’s founding editor Will Folks (a.k.a. Sic Willie) has been a U2 fan for more than thirty years – and has traveled on multiple occasions to see the legendary Irish quartet in concert.

Wanna read his review of their most recent world tour?  Click HERE.

Naturally, he was thrilled to discover U2 were releasing their first album in five years this month – and that the opening track was a tribute to punk rock legend Joey Ramone.  And that the album, Songs of Innocence , rocked.

Oh, and that the entire album had been automatically downloaded to his Apple iTunes library.

That’s right … no more sneaking iTunes purchases from the lovely Mrs. Sic Willie, who watches his internet purchases like a hawk.

Given our affinity for U2, it struck us as scarcely fathomable that anyone would not want the band’s new album in their library … but apparently such people exist.

In fact there was extensive rage from some consumers regarding Apple’s “compulsory download” – which was automatically placed in the music libraries of 500 million people in 119 countries.

Those with limited storage on their devices were especially miffed – and sounded off about it.

“I already get notifications about my storage being full,” one user tweeted.

Actually, the album didn’t take up any space (unless the tracks were downloaded from the cloud) – and most people with iPhones, iPads or iPods instinctively knew all they needed to do was swipe the tracks with their thumb and click “delete.”

For those of you still wondering how to pull off this technological feat, Apple has created a help page …