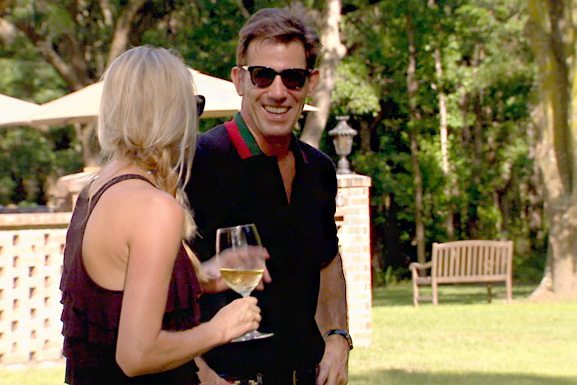 Bravo television has renewed Southern Charm  for a second season, the network announced this week.

The announcement took many in the entertainment and political arena by surprise after Ravenel indicated he was not inclined to participate in a second season – a decision which would have put the kibosh on the entire production.

What made him change his mind?

“I struggled with this decision in light of the political campaign I am undertaking,” Ravenel said in a statement. “Ultimately it came down to this: It doesn’t make sense to turn down a platform that enables you to spread your ideas to a bigger, more diverse audience. If America is ever going to turn things around, we’ve got to get rid of this notion that cookie cutter politicians with their blemish-free backgrounds are the way to go. The truth is those are the very politicians who are driving this country into a ditch. That’s never been who Thomas Ravenel is – and so owning a part of my life that doesn’t fit the typical political mold is fine by me.”

Production on the second season is slated to begin in August.

On the same day Bravo announced Southern Charm ‘s second season, Ravenel appeared before the S.C. Election Commission (SCEC) in Columbia, S.C. and submitted 17,000 signatures to appear on the November ballot for the U.S. Senate as an independent.