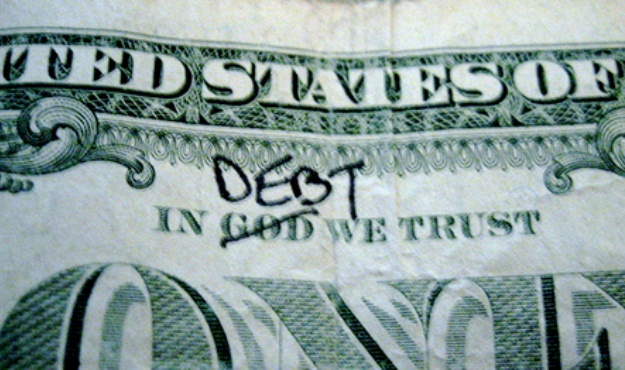 South Carolina ranks second in the nation in terms of the percentage of its population with debt in collections – another troubling economic statistic for a state supposedly in the midst of a “recovery.”

According to a study released this week by the Urban Institute, 46.2 percent of South Carolinians currently have debt in collections – second only to Nevada’s 46.9 percent.  The national average is 35.1 percent.

Another 6.5 percent of Palmetto State residents have debt past due – well above the national average of 5.3 percent.

Want more bad news?  South Carolina’s debt is also disproportionately large given our state’s income levels – which consistently rank among the lowest in the nation.  The average debt in collections in South Carolina is $5,606 – well above the national average of $5,178.

Nationally an estimated 77 million Americans have debt in collections – although the percentage of the population facing such financial issues doesn’t appear to have changed much over the past decade.

Here’s what that looks like on a nationwide map … 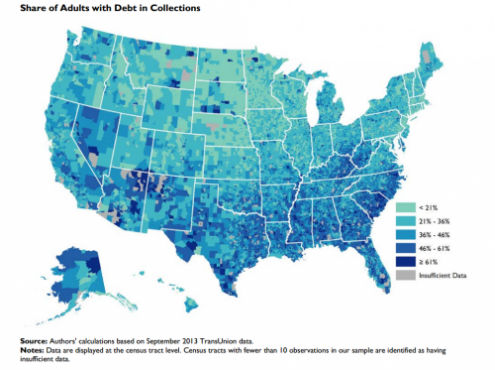 Why is this happening?  From the Associated Press …

Wages have barely kept up with inflation during the five-year recovery, according to Labor Department figures. And a separate measure by Wells Fargo found that after-tax income fell for the bottom 20 percent of earners during the same period.

Exactly … in fact we’ve written on that topic twice this week (HERE and HERE).

Look, we don’t blame South Carolina residents for this … we blame their “leaders.”  If state government would let them keep more of their money and let the marketplace improve their educational outcomes … things would be much, much better.