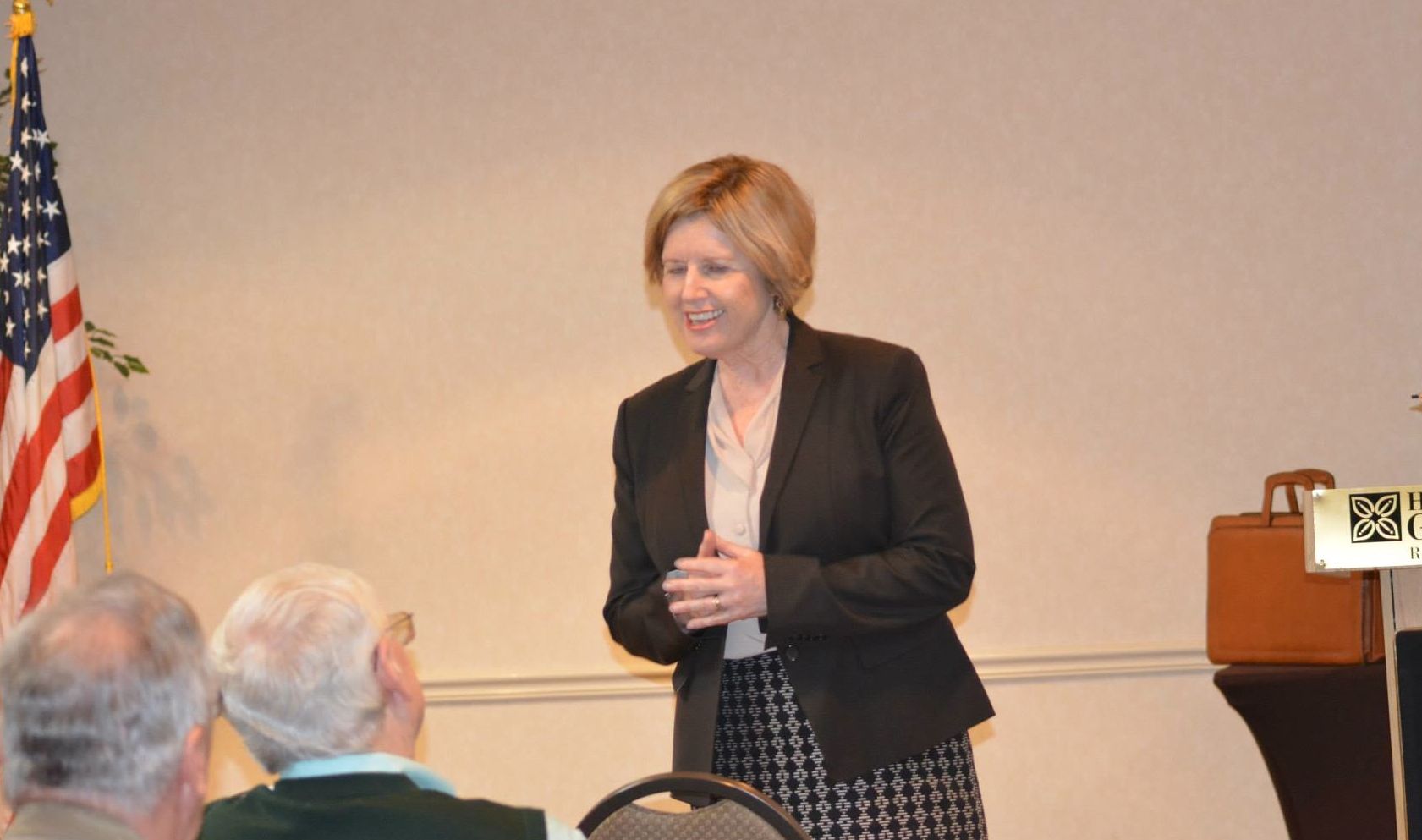 Her political signs – ubiquitous across the South Carolina landscape – are designed to remind you of that sweet-tasting gum you liked chewing as a kid. And Molly Spearman – the candidate being promoted by these “flavorful” signs – is sweet as she can be.

At least at first …

Once you’ve chewed awhile on what Spearman is selling, though, the distasteful truth starts to take hold – a rank toxicity lingering like a bad taste in your mouth.  An acidic, overpowering, week-old garbage taste.

It is the taste of failure – specifically the soul-crushing, future-shattering, increasingly costly failure of South Carolina’s government-run school system, which for decades has conned taxpayers into pumping billions of additional dollars into its gaping bureaucratic insatiability.

All “for the children,” of course … and yet the children never seem to show any progress.

That’s the racket Spearman – the most powerful apologist for this failed establishment – is selling.  And each year the price tag for her bill of goods grows larger.

We addressed Spearman’s “Republican” candidacy for S.C. Superintendent of Education a few months ago, but now she has positioned herself just one election away from a victory that would have far reaching consequences for the South Carolina GOP and for the future of academic achievement in the Palmetto State.

Obviously this website doesn’t care about what happens to the “Republican” brand. We’ve been done with the GOP for some time now – and will continue to urge voters to explore genuine free market alternatives as opposed to swallowing the rhetoric of big government “bipartisanship.”  Also, as we’ve noted previously, the office of state superintendent is constitutionally limited in its scope and authority – with real power over education policy vested in the S.C. General Assembly and local education bureaucracies.

So why does this race matter?

For starters it represents a real gut check for what’s left of the state’s GOP – as Spearman is easily the most liberal “Republican” ever to seek office at the statewide level.

That’s an important distinction to keep in mind, too. Spearman doesn’t represent students, teachers or parents – her group exists for the sole purpose of protecting overpaid, underachieving administrators. In fact teachers consistently get the short shrift from Spearman’s group, which entertains administrators on lavish summer holidays paid for with taxpayer funds.

Spearman’s liberal roots are well-documented. The Saluda native won election to the S.C. House in 1992 as a Democrat and only switched parties when it became clear she was going to lose her seat. She’s donated to numerous Democratic candidates – including the last four Democrats who held or sought the office she is currently seeking (Inex Tenenbaum, Jim Rex,  Frank Holleman and Mike Anthony). In fact on the key issues in the current race –  parental choice, classroom accountability, tax hikes for schools, teacher evaluation standards, etc. – Spearman has adopted precisely the same positions as the two Democrats vying for their party’s nomination.

Not only that she has gone on the record repeatedly in the past supporting tax hikes, spending increases and has spent the last five years blocking a lawsuit aimed at exposing how much taxpayer largesse her organization receives – and what it does with that money.

Also, when S.C. Gov. Mark Sanford attempted to block the state’s receipt of federal “stimulus” funds in 2009, it was Spearman who filed the lawsuit that ultimately forced him to accept them.

Spearman is the definition of a tax-and-spend liberal. She isn’t a “Republican in Name Only.” She’s openly campaigning as a Democrat … in the “Republican” primary.

But Spearman’s runoff election on June 24 against establishment Republican Sally Atwater isn’t just about the future direction of the GOP – it’s about the tens of thousands of South Carolina school children trapped in expensive government “failure factories” (like the schools down in Jasper County). It’s also about the hundreds of thousands of South Carolina school children who remain stuck in “good” government-run schools that continue to slip further behind our regional and national peers.

Things have gotten so bad in the Palmetto State that low-income, at-risk students in Florida are actually doing better on nationally administered standardized tests than the average South Carolina student – a testament to Florida’s embrace of parental choice programs in the late 1990s.

Which brings us to the real reason Spearman must be stopped …

If elected, she would turn the S.C. Department of Education (SCDE) into nothing more than a Ministry of Misinformation against the parental choice movement – using her bully pulpit (and millions of dollars of your tax money) to wage nonstop propaganda warfare against the very market-based reforms that have succeeded in Florida.

Why on earth would she do that? Because again … her loyalty is to the demands of those who profit from the system, not the needs of those who are supposed to be served by it.

South Carolina has taken – at long last – its first fledging steps toward school choice. And while current S.C. Superintendent Mick Zais hasn’t been as aggressive a proponent of those steps as we would have liked, he’s supported them. Spearman would throw everything at her disposal against this program –  hoping to kill school choice in its infancy before it gains additional public support.

This website has not been especially supportive of the campaign of Sally Atwater – mostly owing to the infamy of her late husband – but any woman who raised three daughters on her own while maintaining her career deserves at least some consideration. Most importantly, Atwater would support the official GOP position in favor of parental choice – not work to undermine it like the Democrat Spearman.

For these reasons, we encourage anyone who supports market-based academic reforms to cast their votes in the June 24 “Republican” runoff election for Sally Atwater.