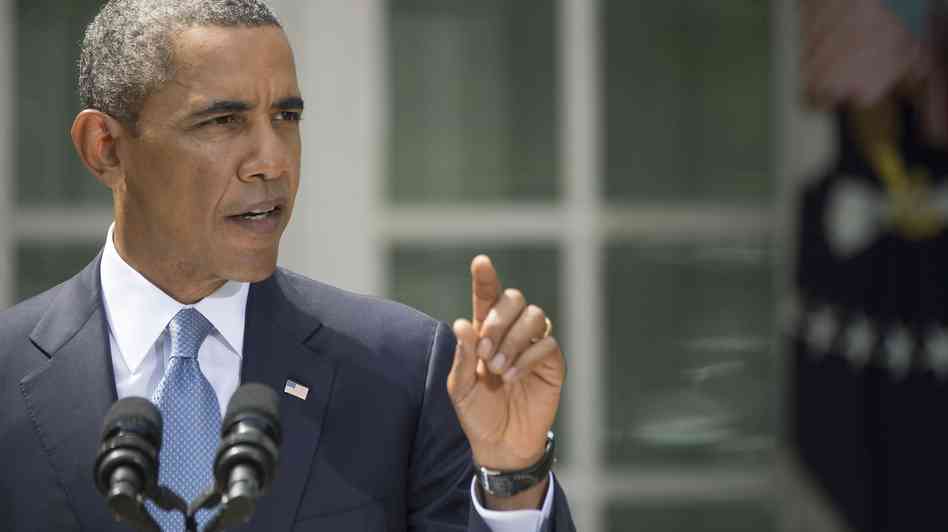 “RHETORIC DOES NOT MATCH U.S. ACTIONS …”

By Ron Paul  || President Barack Obama’s recent foreign policy speech, delivered at this year’s West Point graduation ceremony, was a disappointment to anyone who hoped the president might be changing course. The failure of each U.S. intervention thus far in the 21st century might have inspired at least a bit of reflection.

However, the president made it clear that interventionism and American exceptionalism would continue to guide his administration in its final two years. The president said, “I believe in American exceptionalism with every fiber of my being,” adding the dubious claim that “because of American diplomacy and foreign assistance, as well as the sacrifices of our military — more people live under elected governments today than at any time in human history.”

It’s funny he would mention elections. Last week the Syrians held their first multi-candidate presidential election in 50 years. Almost three-quarters of Syrian voters participated, giving President Assad 88 percent of the vote. After three years fighting a foreign-backed insurgency, voting conditions were not optimal. However, despite State Department claims to the contrary, it can no longer be stated that Assad enjoys no popularity in his country. Even former CIA chief Michael Hayden not long ago envisioned Assad winning a fair election in Syria.

But the U.S. government completely rejected the vote in Syria, with Secretary of State John Kerry calling it “a great big zero,” because, as he put it, “you can’t have an election where millions of your people don’t even have an ability to vote.”

That is just what happened last month in Ukraine, however, where the U.S.-backed oligarch Petro Poroshenko won with just over 50 percent of the vote in an election where millions in the eastern part of the country did not have the ability to vote. That election, however, John Kerry declared a “victory for democracy.”

Similarly, John Kerry described the 2013 coup against the democratically-elected President Morsi in Egypt as a “return to democracy,” while approving the election last month – with 96 percent of the vote — of the man who led that coup.

Likewise, when a referendum was held in Crimea this spring in which the vast majority voted to re-join Russia rather than to remain in a Ukraine that had just undergone a regime change, the U.S. administration refused to recognize the results. For Washington, it was “illegal” for Crimea to vote to secede from Ukraine, but it was not illegal for a mob in the street to overthrow an elected government in Kiev.

President Obama’s spoke at length about the U.S. role in promoting democracy around the world, but why does it seem that the U.S. government only recognizes elections as free and fair when the U.S.-favored candidate wins?

At West Point the president announced a new five billion dollar “counterterrorism partnership,” with much of the money going to continue supporting the rebels in Syria. Though the administration claims it only supports moderate rebels in Syria, it has refused to explain exactly which fighting groups it considers “moderate.” In fact it is known that the weapons sent to “moderates” in Syria often end up in the hands of the radicals. This five billion dollars – stolen from U.S. taxpayers and borrowed from China – will guarantee a prolongation of the war in Syria.

There is much to disappoint in Obama’s big foreign policy speech. It represents a continuation of the policy of “do what we say and we will subsidize you, disobey us and we will bomb you.” That approach is a failure, but the neocons who back it show no sign of falling out of favor.

‘We need more Red Lines’ – that don’t fade away at sunset.

since the idiot provides no conclusions, we can only assume that paul supports Assad, Morsi, and the russian annexation of ukrainian territory. politics is about difficult choices. Paul wants the world to operate freely without human intervention or at least without the intervention of thoughtful and charitable humans. this is what makes him an infant and makes ‘libertarianism’ a joke.

I thought the joke was a foreign policy that takes money from people here and blows it on people in other places while at the same time helping to bankrupt our country.

Glad you cleared it up for us.

Let’s talk about Ukraine. USA backed overthrow of Democratically elected government. People supported included Albanians with strong ties to Alqueda and real life Nazis who still worship Hitler. The only reason for support appears to be to box Russia in.

Result is that everyone except those living here know the truth. Russia takes Crimea in response. Russia also dumps 20% of treasury holdings and then goes further by forming an agreement with China to bypass the dollar in a $400 billion gas bill. I hope you are aware of BRICS.

So the result is that the USA is damaged, both in reputation and economically. Russia and China are more connected than ever before. There is no possible military retaliation. It is a complete failure and if Ron Paul had his way this would have never happened.

“Syrians held their first multi-candidate presidential election in 50 years. Almost three-quarters of Syrian voters participated, giving President Assad 88 percent of the vote.”
If Paul doesn’t want to interfere, lose lives and waste money overseas why doesn’t he just say so and leave it at that. Why does he have to make a fool of himself be legitimizing obviously fraudulent elections.

The people that engineer these fraudulent elections want their opponents to believe they are fraudulent. That way they are less likely to participate. They always claim to win by overwhelming numbers to discourage any hope by the opposition. Yet these elections do provide cover for timid cringing politicians such as Ron Paul

I think Ron Paul presents several valid points. First, the election results indicate that many Syrians now recognize much of the rebels for what they are: fundamentalist Sunni Muslims backed largely by Saudi and Qatari interests. As a consequence of this recognition, many Syrians, especially the Alawites, Druze and Antiochan Christians, prefer the Assad regime to what would replace it. I don’t think Paul is saying that the election was legitimate by our own standards, but to deny Assad’s recent surge in popularity is in my opinion a denial of fact. Second, Paul is one of the few who understands the power of language in framing issues of foreign policy. Very few Americans would support the mass arming of a foreign rebel group with ties to Al-Qaeda based solely on its status as a proxy fight between us and Iran. However, if you call those fighting Assad “freedom fighters” and instill some humanitarian and democratic language to justify the proxy war, then the support for intervention naturally increases and those opposed to the conflict are somehow seen to support the incumbent regime. However, Paul rightly points out that our government’s posturing regarding these points are propaganda at best and outright lies at worst, as the Syrian rebels are in no way a beacon of democracy.

JC you are right. Everyone with half a brain who is also paying attention knows the rebels are the same alqueda fighters we have been fighting in both Afghanistan and Iraq. The same that were eagerly cutting off the heads of Americans and posting on the internet.

As for elections, yes it is possible to get 80% of vote cast with an overwhelming win. Look at India. It just happened. I wish posters would either pay attention or quit opposing things that are obviously correct just because they identify themselves as either as a Democrat or Republican.

All ye Liberal scum shall inherit Hell. Look at the complete mess the Demonuts have caused this once great nation. I remember when a bottle of pop was 10 cents.

You so much hate being stupid and irrelevant, don’t you?…LMAO…

Calling the new book “disappointing,” Sen. Paul said, “I read a lot of books, and it’s rare that I don’t find a passage or two to lift here or there. I just read the second Harry Potter book and I thought there was some dialogue of Voldemort’s that could work well in my stump speech. But this Hillary book? Nada.”

Asked whether he would read future books by Secretary Clinton, Sen. Paul said that it was “unlikely.”

“Look, if you write six hundred and fifty-six pages and give me nothing to steal, you are just wasting my time,” said Sen. Paul, who added that he was currently finding “some great stuff” in the novel “The Fault in Our Stars.”

The silence from the left is deafening.

Obama is just following a path that RonPaul supports, even if Obama is claiming different. .

The fact that Obama LIES about what he is doing, does not make Paul any less guilty of his ignorant stances regarding America.

Do not pay attention to anything this guy says.