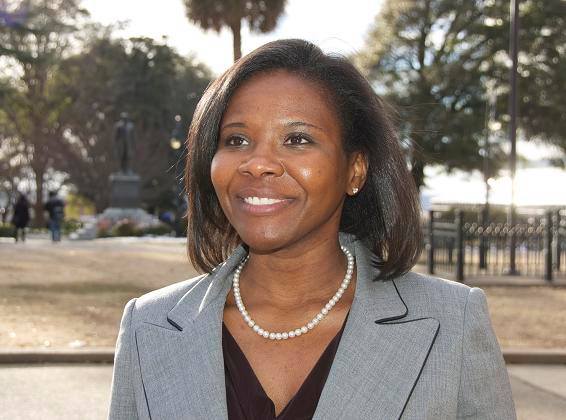 I have been asked to weigh-in on the SC Superintendent of Education race in advance of next week’s Primary on Tuesday, June 10th.  To me, it is difficult to send out a public endorsement for one candidate over another since I personally know some of them and one candidate works tirelessly for related causes that are near and dear to my heart.

Of the thirteen candidates vying for SC Superintendent of Education (8 Republicans, 4 Democrats and one candidate from the American party), I firmly believe that Republican Meka Childs is the best candidate to serve us in this position because of her experience, qualifications, depth of knowledge and beliefs.  She is very well-rounded in the field of education, policy-making and is an advocate for taxpayers’ and their limited resources. Eliminating federal overreach — like that with Common Core has been and will continue to be one of her areas of focus.  And, as a former teacher, so is attracting and retaining that which matters most in our children’s classrooms – the very best teachers.

You know me; I am passionate about the subject.  I have been involved with my school district for many years as a parent in the public school system, taxpayer and even more so as an elected school board member.  I’ve also homeschooled.  Overall, my district is very good, particularly at the school level. That being said, I have been discouraged with the resistance from the district leadership to totally concentrate efforts and resources on providing our children a good, sound education, while being transparent and accountable to taxpayers – a tendency, unfortunately, found in many school districts in South Carolina.

I am also discouraged that, throughout South Carolina, district leaders and their conglomerate of associations protect the things that you and I feel should be improved in the public education system at the federal, state and local level.  And, for some reason, they refuse to embrace other opportunities available to parents to educate their children.

Meka’s the one for the job.  I had the opportunity to first meet her while she served as Senior Education Policy Advisor to Governor Mark Sanford.  Following her work with the Governor, she entered the private sector to serve as the Director of Legislative and Political Analysis at SC BIPEC working with business and industry leaders and members of the General Assembly to anticipate the impact of legislation on the State’s business climate.  Most recently, Meka served as Deputy Superintendent at the SC Dept of Education reporting directly to Republican SC Superintendent of Education General Mick Zais. (Meka’s bio and Pledge are attached.  The documents speak for themselves!)

I have a favor to ask…Nothing can be more important than our children’s future.  But, all too often, voters go to the polls unsure of the candidate who will receive their vote and end up casting it based on “name recognition” or, in other words, to the one with the most signs… not the most qualified… or the one who best represents our beliefs.  (There is a candidate running as a Republican that I find difficult to support.  She is predominantly backed and well-funded by attorneys, consultants and contractors and others who make hundreds and thousands — if not millions — of our tax dollars under the guise of “it’s for the children” and state-wide associations who fight hard to protect the status quo.  Lists showing campaign contributions can be found at www.ethics.sc.gov.)  Because so many votes are cast in this manner, your vote is extra important.

If you have any questions or want to talk with me directly, you can call me 803-446-6565 or contact Meka at 803-605-5927or www.MekaChilds.com.  She would welcome any questions, assistance with her campaign to get the word out and any financial contribution to offset her costs in this race.

Thank so much for your time and consideration!