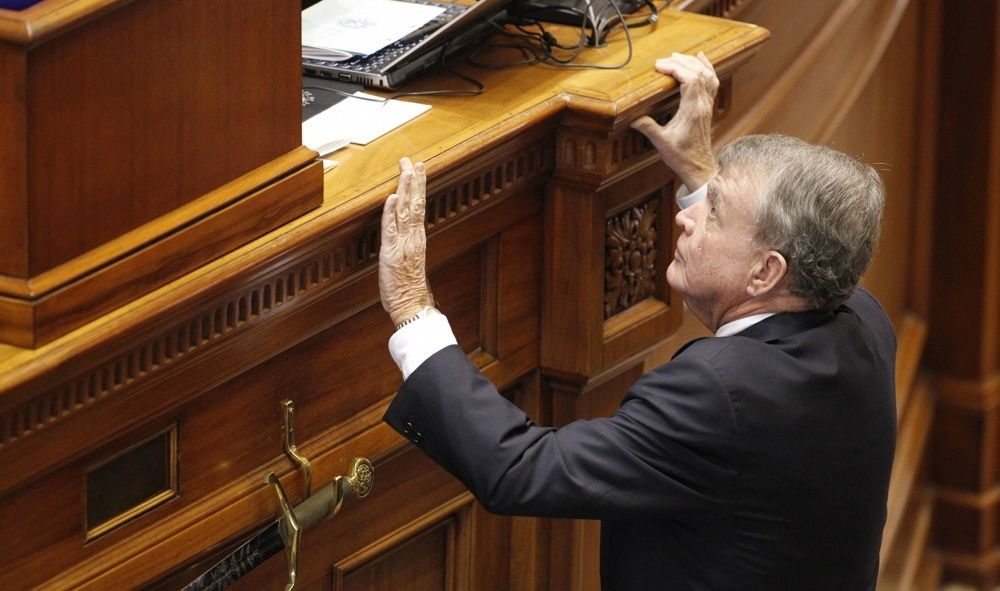 On the campaign trail, a trio of “Republicans” are spending hundreds of thousands of dollars to become lieutenant governor of South Carolina.

Inside the S.C. State House, though, nobody wants the job …

S.C. Senate President John Courson resigned his influential leadership post this week – all to avoid “ascending” to the part-time, mostly ceremonial position of lieutenant governor. The latter office is about to become vacant due to the resignation of Glenn McConnell – who was recently chosen as the next president of the College of Charleston.

Courson – who is likely to be reelected to his old leadership post assuming a sap can be found to take the lieutenant governor’s post – called on Gov. Nikki Haley to make McConnell serve out the duration of his term (which ends in January). Courson had planned to simply let the office remain vacant for six months, but Haley made a huge deal about the need for a constitutional succession to take place.

McConnell also put Courson in a box by “ascending” to the office two years ago in the wake of former Lt. Gov. Ken Ard’s resignation.

Senate leaders – including “majority” leader Harvey Peeler – were furious at Haley over her decision to push the issue.

Meanwhile Senators scrambled to determine whether – and how – to elect a new leader.

“People are pissed,” one Senator told FITS. “They’re trying to find somebody now who is willing to be president pro tempore of the Senate.”

In other words they are trying to find someone willing to take on one of the weakest positions in state government – for six months.

“So far no one is stepping up,” the Senator told us.

That means South Carolina could conceivably wind up with no lieutenant governor and no Senate president for the next six months.

Frankly, this whole exercise is a reminder of how ridiculous the lieutenant governor’s office is – at least as currently configured.

Two years ago we called for lawmakers to abolish the office altogether – or move it to a stand alone position within the governor’s cabinet.

“Assuming we’re going to have lieutenant governors at all, they should be executive branch ‘ministers without portfolio …’ fulfilling their one and only job responsibility: maintaining a pulse,” we wrote. “No staff, no security detail, no car … etc. Just the $50,000 salary … which last time we checked was a generous appropriation for pulse maintenance.”

Beginning in 2018, governors and lieutenant governors will run on the same ticket … although that reform doesn’t address the impotence of the post.