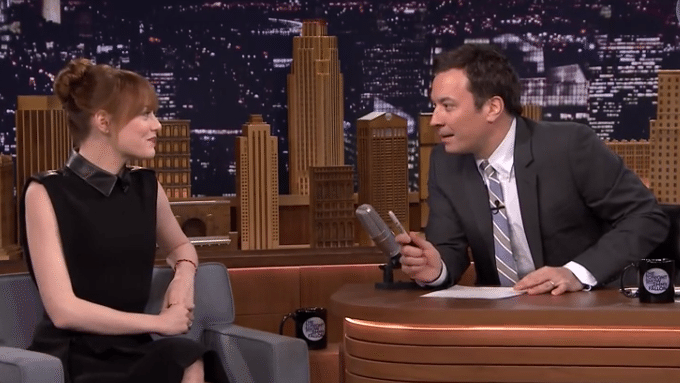 Fallon’s praise for the Bravo hit came during an interview with actress Emma Stone (star of Ghosts of Girlfriends Past, Crazy Stupid Love and The Help). The two were discussing their favorite websites and television shows, because, you know … that’s apparently all Americans have in common these days.

“I’m into a show called Southern Charm – I like that show,” Fallon tells Stone.

“What’s it about?” Stone asks.

Fallon also sings the praises of USA Network’s Chrisley Knows Best, which he says is also about a “rich dude, Southern.”

“A theme is happening,” Fallon says.

The television show discussion begins at the 3:20 mark …

Southern Charm held its Season One reunion this week in New York City. Bravo executives will decide in the coming weeks whether to renew the show for a second season. In the meantime Ravenel is gearing up for an independent U.S. Senate bid in the event fiscally liberal incumbent Lindsey Graham wins the “Republican” nomination.