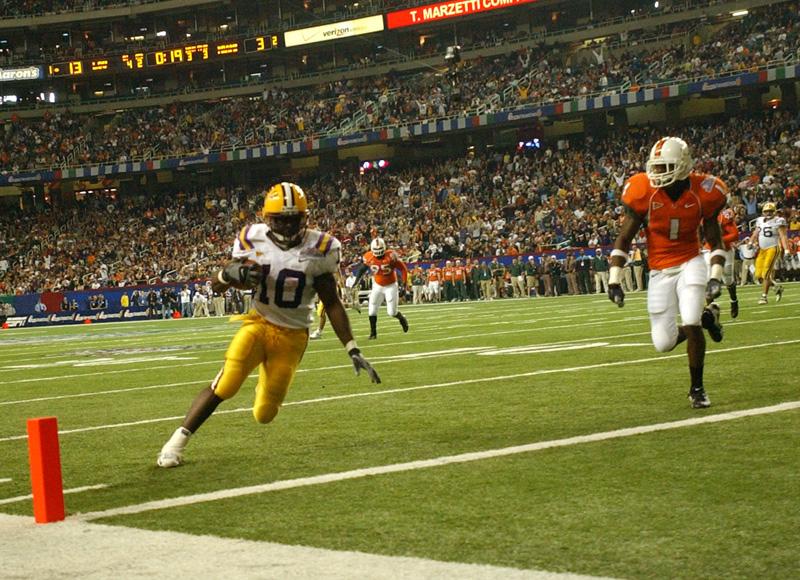 After an eight-year hiatus, everything is “peachy” again in Atlanta.

Chick-fil-A Bowl officials will officially announce Monday that the New Year’s Eve game – which “pits” (get it?) teams from the Atlantic Coast Conference and the Southeastern Conference – will revert to the name it used from 1998-2005, the “Chick-fil-A Peach Bowl.”

From 1968-1997 the game was simply known as the “Peach Bowl.” Chick-fil-A became a title sponsor in 1998, and eight years later the company paid $22 million for exclusive naming rights over a five-year period.

“It got down to what is our history, what is our heritage, what is our tradition and how can we pay homage to that in our name,” the bowl’s president told The Atlanta Journal-Constitution.

In April, the bowl was selected as one of six rotating sites for a national semifinal game.

Since moving to its ACC-SEC format in 1993, each conference was won 11 games. Clemson University has posted a 3-4 record in the game over that stretch, while South Carolina has gone 0-1. Both Clemson and Carolina posted 0-1 marks in the Peach Bowl prior to 1993.

LSU is the most successful team in the history of the game, posting a 5-1 record.