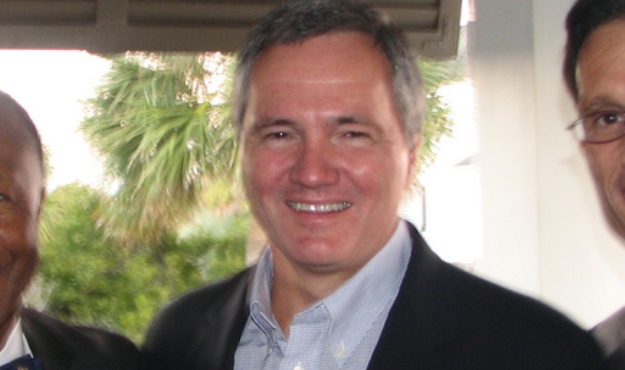 S.C. SPEAKER PERSONALLY PUSHED THROUGH LEGISLATION AIMED AT BLOCKING HIS OWN CORRUPTION PROBE

S.C. Speaker of the House Bobby Harrell (RINO-Charleston) has repeatedly told reporters that he had no involvement with a pair of bills aimed at neutering the state’s Attorney General – who is currently investigating Harrell on public corruption charges.

It looks like that may not be entirely true … or even a little bit true.

The Harrell story – which made national news last weekend – now revolves around the Speaker’s efforts to block S.C. Attorney General Alan Wilson’s probe into his alleged indiscretions, which we’re told may include criminal conduct.

Obviously any role played by the Speaker in advancing such legislation could be viewed as an attempt to obstruct justice – assuming the allegations of criminal conduct are accurate.

Harrell’s bills were introduced last week with an overwhelming numbers of co-sponsors. Of course once the intention of the legislation became clear, supporters began to flee the bills.

But what was Harrell’s role in moving these bills forward? He says he had no role, but according to our sources he played perhaps the most critical role of all – advancing the bills surreptitiously through the House chamber.

Multiple sources have confirmed to FITS that Harrell personally advanced both of the anti-Wilson bills to the floor of the S.C. House – engaging in an elaborate and preconceived ruse to disguise their intent. Harrell then ordered both bills to be introduced “without reference” (meaning they would bypass the formal committee process and go straight to the House’s calendar).

Not only that, Harrell pulled off this procedural coup while the chamber of the S.C. House was virtually empty – ensuring his efforts would not draw any objection.

The barely noticed procedural drama went down at 10:00 a.m. on April 9 … as members were filing into the S.C. State House for their morning session.

According to our sources, Harrell asked to speak with S.C. Rep. Kris Crawford (R-Florence) – the lead sponsor of the two bills targeting Wilson. Crawford is said to have signaled something to Harrell, who reportedly nodded and signaled back to Crawford.

Moments later, with Harrell allegedly hurrying him along, the reading clerk of the S.C. House introduced a bill by Crawford which he merely said was “dealing with protocol.”

This was H. 5072, the first of two bills targeting Wilson’s authority to prosecute public corruption in South Carolina.

According to our sources, Harrell quickly grabbed the bill from the reading clerk and announced that Crawford had asked for “unanimous consent for the bill to be allowed to go without reference” – or without any public scrutiny prior to the House voting on it.

Harrell then ordered H. 5072 to be fast-tracked – without permitting any objections.

Sound like no big deal? That was the idea …

According to our sources, the clerk then introduced a bill “dealing with constitutional officers.”

This was H. 5073, a bill which would remove Wilson as the state’s top prosecutor.

Once again, Harrell is said to have hurriedly grabbed the legislation and announced that “Mr. Crawford asks unanimous consent for the bill to be allowed to go without reference. Without objection, so ordered.”

And so once again, one of the most controversial pieces of legislation ever introduced in South Carolina was fast-tracked to the floor of the S.C. House by the Speaker himself. With no one watching. And no one objecting.

In a matter of seconds, when no one was paying attention, Harrell unilaterally bypassed the committee process and placed a tremendously controversial bill on the House’s calendar – disguising its true intent to the handful of lawmakers who happened to be in the chamber at the time.

Harrell’s actions were recorded as part of the S.C. House Journal for April 9 … but we’re told there may be video of the procedural exchange courtesy of S.C. Educational Television (SCETV).

Multiple lawmakers tell FITS that Harrell was attempting to sneak the two bills through the legislative process – and past the desk of S.C. Gov. Nikki Haley – without anyone noticing.

Unfortunately for him, we’re always watching …

UPDATE: A spokesman for S.C. Attorney General Alan Wilson tells FITS his office received “no notification” of either piece of legislation being filed. Typically, constitutional officers will receive a courtesy notification involving legislation that references their responsibilities.