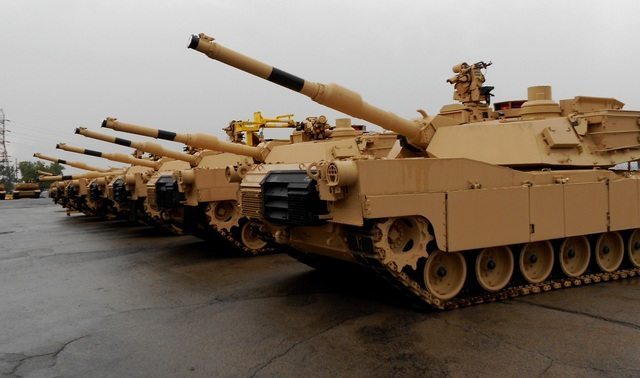 ONE PROMOTES NATIONAL SECURITY … THE OTHER UNDERMINES IT

By Ron Paul || Last week U.S. Defense Secretary Chuck Hagel proposed an additional 40,000 reduction in active duty U.S. Army personnel, down to 450,000 soldiers. As U.S. troops are being withdrawn from the recent wars in Afghanistan and Iraq, it might make sense to reduce not only the active duty military but the entire military budget. However, from the interventionists’ reaction to Hagel’s announcement you might think President Obama announced he was shutting down the Pentagon!

Rep. Michael McCaul, Chairman of the House Homeland Security Committee, claimed that this slight reduction in personnel would hurt our military readiness. He blamed the exploding spending on welfare entitlements for the proposed military cuts, stating, “It’s all being sacrificed … on the altar of entitlements. This president cannot take on mandatory spending, so all we’ve done in the Congress — and this president — is basically cut discretionary spending.”

McCaul is partly right. Welfare spending is bankrupting the country. But military spending is also welfare: it is welfare for the well-connected military-industrial complex, which enriches itself manufacturing useless boondoggles like the F-35 fighter. We should never confuse legitimate defense spending – which I support – with military spending, which promotes interventionism overseas and actually undermines our national security.

Neoconservative Senators Lindsey Graham and John McCain were also quick to criticize Hagel’s announcement. They said the cuts were dead on arrival in the U.S. Senate. “We are going to kill it, not let it happen,” said Graham. McCain added, “We live in an ever-increasingly dangerous world and this budget is out of touch with reality.”

What McCain and Graham won’t admit is that much of the reason we are in an increasingly-dangerous world is that the neocons keep inviting blowback with the interventions they are constantly pushing. If we minded our own business we would live in a far less dangerous world.

Nevertheless, although the neocons make a big deal about this small cut in military personnel, in reality these are not military cuts at all. These are token proposed cuts in troop levels which Congress won’t allow the administration to do anyway. What Hagel proposes is not cuts, but instead a shift in spending away from personnel and toward new high-tech weapons which are favored by and profitable to the military-industrial complex.

The F-35, for example, will continue in production according to Hagel’s plan, despite the numerous cost over-runs and design flaws. This is likely because the F-35 is built in 46 U.S. states and nine foreign countries! That makes it particularly popular in Congress, regardless of its flaws and expense.

We do need real cuts in military spending, not just moving spending around from troops to new weapons systems. But what we really need is for the president to downsize U.S. foreign policy. Maintaining a military presence in 140 countries while continuing to stir up trouble can lead to problems when the military is downsized. So, it’s our intervention that needs downsizing.

A proper foreign policy would mean a strong national defense, but a huge reduction in interventions and commitments overseas. Why are we stirring up trouble in Ukraine? In Syria? In Africa? Why are we defending South Korea and Japan when they are wealthy enough to defend themselves? A proper sized foreign policy would defend the United States instead of provoking the rest of the world.

“All Hail The Anti-Fake Soldier Bill!”

“Why are we stirring up trouble in Ukraine? In Syria? In Africa? Why are we defending South Korea and Japan when they are wealthy enough to defend themselves?”

It’s not ‘us’, it’s our masters-and it doesn’t matter who’s elected…they keep the war machine running. Obama is just as much for the MIC as Bush was.

Every gun that is made, every warship launched, every rocket fired signifies, in the final sense, a theft from those who hunger and are not fed, those who are cold and are not clothed. This world in arms is not spending money alone. It is spending the sweat of its laborers, the genius of its scientists, the hopes of its children. The cost of one modern heavy bomber is this: a modern brick school in more than 30 cities. It is two electric power plants, each serving a town of 60,000 population. It is two fine, fully equipped hospitals. It is some fifty miles of concrete pavement. We pay for a single fighter plane with a half million bushels of wheat. We pay for a single destroyer with new homes that could have housed more than 8,000 people. This is, I repeat, the best way of life to be found on the road the world has been taking. This is not a way of life at all, in any true sense. Under the cloud of threatening war, it is humanity hanging from a cross of iron. […] Is there no other way the world may live?
-Dwight D. Eisenhower

Social welfare is something the government should actually be concerned with. Corporate welfare isn’t. One actually helps individuals, the other does not.

If we’re going to end social programs, Ron Paul should start by killing Social Security and Medicare. Ultimately that is what his ilk will ask for. Why not ask for it first? Let “We the People” vote on your actual ideals.

Maybe we’ll find out just how right some of Eisenhower’s other words are:

Should any political party attempt to abolish social security, unemployment insurance, and eliminate labor laws and farm programs, you would not hear of that party again in our political history. There is a tiny splinter group, of course, that believes that you can do these things. Among them are a few Texas oil millionaires, and an occasional politician or businessman from other areas. Their number is negligible and they are stupid.

On the second Ike quote….
Did Ike favor Social Security et al, or was he just saying that it was political suicide to oppose them, once they were in place?

I find it particularly amusing when I hear Dr. Paul’s detractors call him “weak on defense.” Apparently, none of these pundits have ever consulted Webster’s for the definition of the word “defense,” because they constantly confuse it with “interventionism.”

Our constitution is VERY clear on this point–our involvement in armed conflict–and only with a clear declaration of war when our sovereignty and safety are in imminent danger.

If you care about our service men and women, you will not allow any of them to “fight” with the ridiculous “rules of engagement” imposed because we’re in these gray-area theaters of war. Every time I hear of another American killed or maimed or PTSDed in these senseless battles, it cuts me to the core.

Biggest reason we lost so many soldiers in both Vietnam, Iraq, and Afghanistan is because of Congress not letting them do there jobs. Both Iraq and Afghanistan wars would of been done in 5 years if you let our boys do what needs to be done no questions asked.

Neither one of those wars should have been faught in the first place.

Congress’ action to ‘not allow’ is an example of a democratic republic doing its job, is it not? If you want dictatorial powers to invade other nations you are in the wrong country, dirtbag (I was gonna call you pal, but that would be shameful). Congress listened to the people–its constituents–and did not authorize a war in Vietnam. Now get out of my country, serf!

40,000 reduction in active duty….YET the recruiting offices are still open and STILL recruiting….hummmm….I’ve decided to finally give you that needed raise..but I’m cutting your medical and dental

we have 3 navy boot camps , san diego, florida and great lakes where i went and it was 87 below with a wind chill factor. so we should close the florida and san diego so every bootie can get used to extreme cold as the climate change continues.

Actually we only have ONE Navy boot camp, RTC Great Lakes, and it doesn’t matter how many recruiting stations we have, out of the 40,000 “possible sailors” that arrive at RTC annually, only half of them make it out. Also take in account hundreds of sailors either retiring or getting discharged every year. and medical and dental getting cut? yeah, that will never happen.

Jamie – “Climate change!?” Climate has been changing since the dawn of time (vineyards in N. England during the Medieval era).
Don’t get me wrong, I’m not for polluting the planet, but these rules we’re currently subjected to in the U.S. are purely a government money/power grab.
If you think Climate Change is really man-made and has us in imminent danger, then please tell me why their “experts” blew these two important issues:
1) When the Global Warming Chicken Littles were presented with empirical evidence that our planet was in a cooling trend, the quickly morphed their cause to “Climate Change.”
2) Why, now that we’re having some extreme cold events (which again, have occurred since the dawn of time, because climate always changes over time, cold>hot, hot>cold), didn’t these same “scientists” warn us in advance that this would be a byproduct of “Global Warming.” How did they miss that??

i agree climate change has been going on since the earth formed, BUT with the current population and its carbon output that has got to have some effect on the weather

You make that statement, yet you provide no scientific evidence.
It’s a money/power grab, pure and simple.

what global warming or the 7 billion people and 1 billion cars. well im not going to look it up because i can easly link you sites to both of my statements and you wont believe me because you firmly believe your correct no matter what. pure and simple.

I don’t “firmly believe I’m correct” in the sense that I’m intractable. I asked you to show me data and you stated you wouldn’t link the sites and then flipped it back onto me, as though I’m a lost cause.

Please go to youtube and watch “the great global warming swindle.” There is a plethora of empirical data cited in that documentary for you. I deal in facts and data, not ideology.

Finally, if you mistake my skepticism of global warming with a desire to keep the planet clean, you are wrong. Ironically, Dr. Paul and his ilk would remove the crony capitalist lock on innovation and energy usage, opening a clean new universe. It wouldn’t happen over night, but if the power brokers (the same types who control and direct the global warming swindle) were stopped tomorrow, positive world events would happen quickly.

actually in reality its more like……sorry your fired so i can look good to the american people, but im replacing you with someone who needs to work (thats why i screwed up the economy) someone who wont bitch and kill as they are told.

I’m so proud to have voted for that guy in the last two elections. How much better off could we have been had the country done the right, un-brainwashed thing and put a real, decent patriot in the White House!