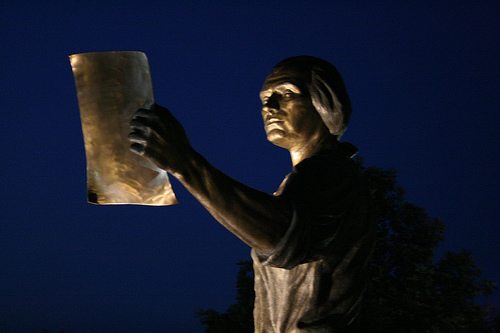 Honestly? We’re getting somewhat weary of all the fire that’s being breathed into South Carolina on the issue of nullification …

We don’t necessarily dislike the concept (hell, we’ve entertained much more radical ideas), but as we’ve noted on several occasions – most recently HERE and HERE – “Obamacare nullification” is nothing but a scam.

How come? Well as we’ve exclusively reported no bill before the S.C. General Assembly would actually nullify Obamacare … in fact, the only issue up for debate at this point is whether the state should assert its right to nullify in a non-binding preamble of a totally meaningless piece of legislation.

The debate is one big nothingburger, in other words … with good reason.

According to a paper released this month by The Federalist Society – a libertarian-leaning conservative think tank based in Washington, D.C. – South Carolina is bound by the controversial 2012 Supreme Court ruling on Obamacare’s individual mandate.

“The ongoing debate over ‘nullification’ raises important questions concerning the authority of a state to interpret the U.S. Constitution,” the Federalist Society’s paper adds. “The debate also raises important questions about what constitutes nullification and what does not. This paper concludes that a state cannot enact a law to nullify that part of a federal statute which has been upheld by the U.S. Supreme Court in a case to which the state was a party.  In that circumstance, the state is bound by the court’s judgment and cannot pass a law contrary to the judgment, whether or not the law is labeled ‘nullification.'”

What does it propose? Permitting S.C. Attorney General Alan Wilson to “bring an action in the name of the State” on behalf of any individual or business who believes they have been adversely impacted by Obamacare.

In other words, rather than declaring Obamacare “null and void” within its borders and imposing penalties on those who would enforce it, South Carolina is subjecting its citizens to the mercy of the federal court system … which in case anybody forgot has already ruled on the law.

Did we agree with that ruling? Hell no. 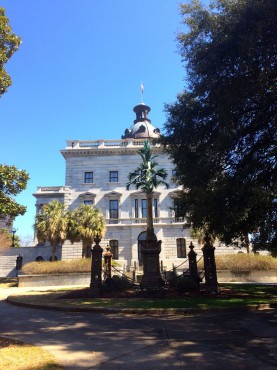 We opposed Obamacare when it was first unveiled, we opposed it when it was being shoved down the throat of a Democratic-controlled U.S. Congress (by hook and crook) and we have repeatedly pushed to have the law repealed at the federal level.  More recently, we were among the few “conservative” outlets to emphatically argue against providing funding for Obamacare – even if doing so meant partially shutting down the federal government in perpetuity.

We have also methodically called out those “Republicans” who caved on the Obamacare funding issue (including U.S. Sen. Lindsey Graham) … as well as those who are hypocrites on the issue of Medicaid expansion (including S.C. Gov. Nikki Haley).

As much as we respect Davis and his unimpeachable fiscal record as a member of the State Senate, we’re frankly done with all of this nonsense …

South Carolina’s Senate has real work to do. For starters, it needs to pass Davis’ universal parental choice bill and his colleague Katrina Shealy’s income tax elimination bill … not to mention a budget bill that shaves billions of dollars off of the Palmetto State’s bloated, corrupt, dysfunctional government.

South Carolina cannot afford to waste any additional time on a pointless intellectual exercise that – as we’ve pointed out previously – is more about special interests staying relevant (and raising money) than any practical application.

The original version of H. 3101 – the bill at the heart of this debate – would have actually nullified Obamacare. Its language was clear and unambiguous – and there were stiff penalties prescribed for those attempting to enforce the law.

If South Carolina really wants a nullification debate, then its legislature should pass that bill … because this current debate is doing nothing but a waste of everyone’s time.