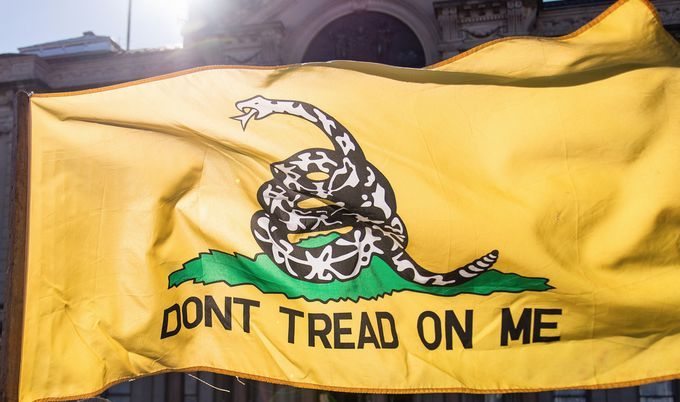 “The South Will Rise Again …”

Don’t believe us? Take a look at its expanding waistlines, shrinking income levels and plummeting standardized test scores – particularly in South Carolina, the buckle of the Bubba Belt.

Still, there comes a moment in the evolution of every free society when its intellectually curious element (or what’s left of it) must take inventory of the governments representing it at all levels.

For those who live in South Carolina, that’s an exceedingly grim outlook.

At the top of the bureaucratic heap, obviously, is the government of the United States of America – which is quickly becoming the antithesis of everything it was founded to be. We wrote recently of the federal government emerging as an “Evil Empire,” but we had no idea just how bad things had gotten until last week’s shocking revelation of a massive Orwellian snooping operation.

And while you ponder this $20 billion annual domestic spying program – which exists for the sole purpose of violating your liberty (and privacy) on a daily basis – consider the ongoing violation of your wallets and pocketbooks by a corrupt Internal Revenue Service, to say nothing of the $17 trillion in debt that’s being passed down to your children and grandchildren.

And what you’re getting for that …

State government in South Carolina, meanwhile, may be slightly less malevolent – but its thick-skulled allegiance to a sprawling, incompetent and infinitely corrupt status quo continues holding its people several steps behind their national peers.

And the gap is widening …

Local governments? Look no further than the crony capitalists of the socially conservative Upstate, or the crooked thugs who run South Carolina’s two most populous Midlands counties (Lexington and Richland) or the shady tourism mafia that shakes down taxpayers in the Redneck Riviera along the coast.

And let’s not forget the state’s eighty-five government-run school districts – unaccountable fiefdoms which receive billions of dollars each year to perpetuate generational failure on a truly mind-boggling scale.

Oh, and before you go thinking it’s just poor black kids in the state’s “Corridor of Shame” getting the shaft – remember the average South Carolina student is being outperformed by the average low-income student in Florida.

Pretty much wherever you live in the Palmetto State, odds are you are getting tripled-teamed – by the feds, by the state and by local governments, all of whom are slipping their tentacles deeper and deeper into your money and your life.

If you’re not, then you must not be paying attention – or you are swallowing what’s being spoon-fed to you by an establishment-run, bought-and-paid-for mainstream media.

So … what’s an “intellectually curious element” to do?

Well, we take that back. Secession is not easy. In fact when we last addressed this issue (back in November) we noted that “secession has to be the beginning of a plan, it can’t be the plan itself. Such a decision would have to be accompanied by a pair of other critical moves.”

Those moves? First, the “complete dissolution of South Carolina’s infinitely corrupt state government (and its banana republic municipalities, too).” And second, the installation of “a new form of government replacing these rotten edifices.”

We don’t want to go from the frying pan to the fire, in other words.

Also, as we’ve noted several times in the past, there is a racial stigma associated with the notion of secession, which is unfortunate but completely understandable when you consider what motivated South Carolina to secede from the Union way back in December 1860.

Ergo any plan must be based on a declaration of universal human rights, something along the lines of a new government pledging to “make no law discriminating against citizens on the basis of gender, race, creed, color or sexual orientation.”

Whatever particulars this plot takes, though, it has become abundantly clear that it is time (past time, really) for men and women of courage, vision, means and compassion to start plotting.

“Timid men prefer the calm of despotism to the tempestuous sea of Liberty,” Thomas Jefferson once wrote.

May that never be said of us … or you.

SCGOP Has A Cash Problem