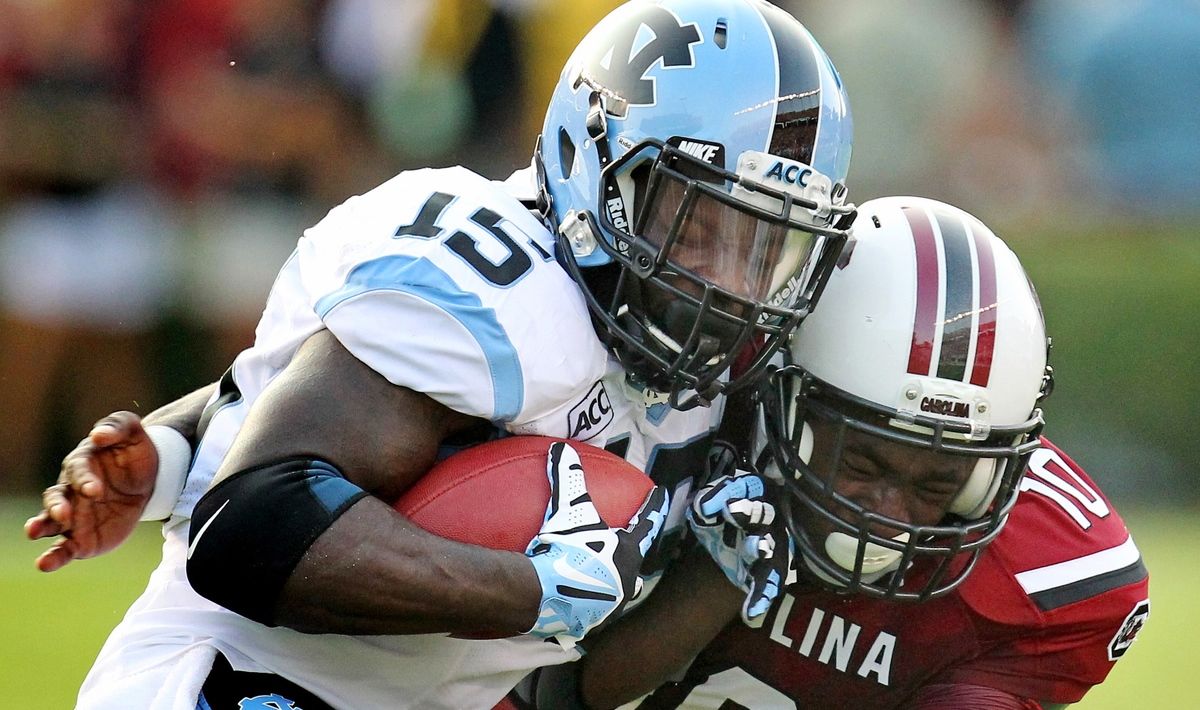 WILL GAMECOCK ATHLETES ALSO BE STEERED TO “NO SHOW” CLASSES?

We were perusing the sports section of the Raleigh (N.C.) News and Observer last month when we stumbled upon this article about former University of North Carolina football player Michael McAdoo.

The News and Observer story examines in detail how McAdoo and other football players were steered into “no-show” courses at UNC in order to maintain their athletic eligibility.

According to the News and Observer report, UNC “routinely used the no-show classes in the African studies department to keep athletes eligible to play sports.”

“Investigations led or backed by UNC have found more than 200 confirmed or suspected no-show classes since the mid-1990s, with athletes accounting for nearly half of the enrollments,” the story adds.

As for McAdoo, he gave a phone interview to the paper in which he accused former UNC learning specialist Beth Bridger of steering him into the “no-show” classes. Specifically, he says Bridger provided him with a list of these classes – which according to him were “just to get your GPA up.”

According to the paper, she “left the university several months ago and has not responded to requests for comment.”

Yikes. So … where is Bridger now?

Yeah … she’s currently serving as associate director of academic at the University of South Carolina.

Now … before we proceed to the comments section of our story we would like to note that at this point McAdoo’s allegations against Bridger are just that … allegations. And even if she did engage in such conduct at UNC, that doesn’t necessarily mean she would do the same thing at South Carolina.

Still … it’s a very troubling link, one that University officials should keep a close eye on in the coming months (especially in light of the less-than-solid footing the Gamecock athletics program is on).

Oh, and if the allegations are true it’s yet another example of the “student-athlete” farce this website has consistently called out …

“College football – particularly at the major conference Division I-A level – has become the equivalent of a farm system for the National Football League,” we wrote in 2011. “Accordingly, it makes sense to pay these athletes – just as it makes to have their names on the back of jerseys in video games.  Paying athletes would not only be fair, it would stop the charade that currently exists in college athletics – while dramatically reducing the potential for future scandals like the one that surrounded (former Auburn quarterback) Cam Newton.”

College sports is a business. It’s time to start running it like one …

Michael Sam Is Gay … Does It Matter?