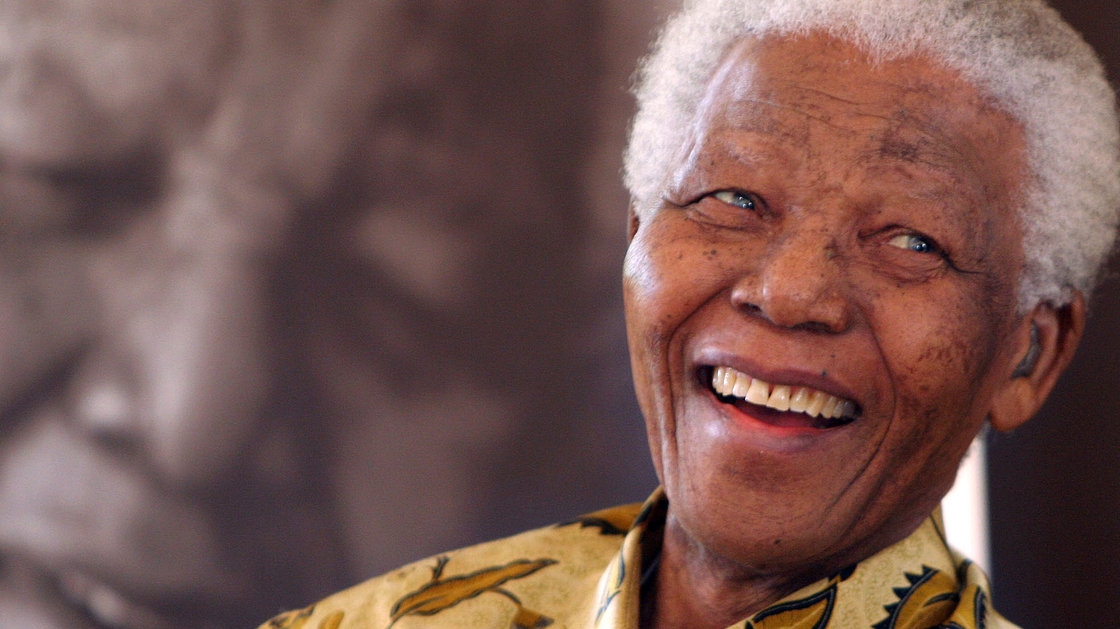 Former South African president and anti-apartheid leader Nelson Mandela died this week at the age of ninety-five – prompting a global outpouring of admiration for the iconic figure.

“He is a hero,” one of our founding editor’s South African friends noted, describing his death as “an end to a party of history.”

Mandela – who spent twenty-seven years of his life behind bars – was released from prison in 1990. Three years later he won the Nobel peace prize for his anti-apartheid efforts and five years he later was elected as the first black president of South Africa. One of the defining moments of his presidency – the 1995 Rugby World Cup – was depicted in the 2009 Clint Eastwood film Invictus.

Mandela’s struggle for equality inspired generations of Americans – including musician Paul Simon, who along with South African musicians like Hugh Masekela, Miriam Makeba and Ladysmith Black Mambazo was instrumental in bringing international pressure to bear on the apartheid issue.

“Mandela was one of the great leaders and teachers of the twentieth century,” Simon said. “He conceived a model for mortal enemies to overcome their hatred and find a way through compassion to rebuild a nation based on truth, justice and the power of forgiveness. His passing should reignite a worldwide effort for peace.”

After giving up the presidency, Mandela focused on Africa’s HIV/ AIDS epidemic and the global fight against poverty.

“Like slavery and apartheid, poverty is not natural,” Mandela once said. “It is man-made and it can be overcome and eradicated by the actions of human beings.”

He’s correct … and while we may disagree with him on the best way to overcome poverty, there’s no argument as to the purity of his intentions.

There’s also no disputing the challenge he leaves behind …

“Sometimes it falls upon a generation to be great,” Mandela said during a 2005 speech. “You can be that great generation. Let your greatness blossom.”

Mandela waged a lifelong struggle against a repressive government bent on taking liberty away from its people. His death is a reminder that all of us have an obligation to fight against such repression … wherever it may be found.

Poverty is indeed the natural state. Working towards overcoming it is the work of an advanced, and rich, society.

Poverty is entropy…entropy is natural.

Are you saying Mandela’s fight was against poverty??…because if it was was..he failed, and failed miserably…except on a personal level…

I did not say that.

Sorry. I was not sure what you were implying.

Rest in Peace, Mandela…
Mandela, after the US took up his fight, was given all that he demanded. It was a worthy movement. But sadly, his country is in total chaos and likely much worse off than it was under the previous rulers.
America could learn valuable lesson from what we did for Mandela…but I doubt we will.
Those who ignore……

Someone get in touch with BigT/GrandTango!! His account’s been hacked!!!

Amazing how clear it becomes when you open your mind to truth. You ought to try it more.

Mandela was a commie womanizer, inept as a politician and a horrible person. He gets 100% thumbs up from the LSM/MSM for being a square peg that fell through a round hole. He wasn’t even aiming for it.

The SA economy is in the tank with High Unemployment, High Murder rates in all cities (5000 annualized in the capital city Johannesburg).

Mandela was a commie womanizer…

YOU TAKE THAT BACK, FRANK PYTEL!

Good, the SOB lived about 30 years too long. Maybe they could send him off with a necklace party like he and his wife used to enjoy doing.

Why aren’t the media interviewing white South Africans about their feeling on Mandela?

Why aren’t the media interviewing white South Africans about their feeling on Mandela?

Because it would be Boering?

I actually reached out to one of my white South African friends. She offered the observation I quoted in the story.

Ah, the world loves a pseudo-hero, built by the media…

If SA had never been settled by the Affrikaners, it would be just another poor African country that nobody knew anything about.

I couldn’t wait for this guy to shut the fuck up. I’m too white to have to listen to that bullshit. More about Lindsay Lohan’s nip slips, less about Dutch racism.

Besides, that accent sucks. I like the Rastafarian accent *so* much better! Let’s free Jamaica instead!