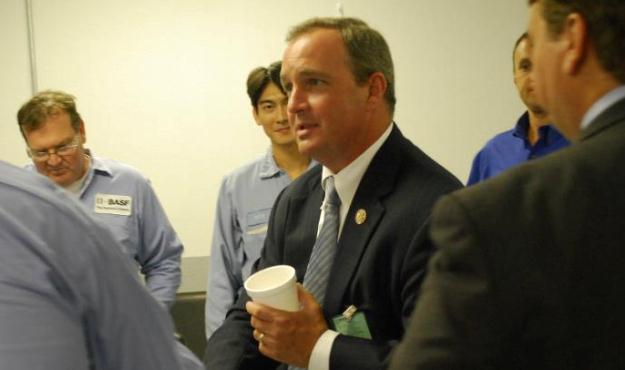 Washington, DC– A new study released today takes a deep dive into what energy exploration off the Atlantic coast would mean for South Carolina. The study’s findings: more jobs, more investment, and more revenue. If the federal government would allow South Carolina to pursue energy exploration off its coast the state could expect over 35,500 jobs, $2.7 billion in annual economic activity, and potentially $3.7 billion in cumulative state revenue by 2035. The findings are even more optimistic than a 2012 report by the Palmetto Agribusiness Council which projected 7,500 new jobs, an annual $2.2 billion statewide economic impact, and an estimated $87.5 million in new annual state revenue. The study was prepared by Quest Offshore Resources, Inc. for the American Petroleum Institute (API) and the National Oceans Industry Association (NOIA).

“The findings by Quest Offshore Resources really put in perspective what I have been fighting for in South Carolina. Energy exploration and production is a win, win, win for our state. It creates economic opportunity and jobs, propels our nation towards energy independence, and could help pay down our national debt. South Carolina energy production is not only an economic boon for our state, it also creates a path forward to improve our infrastructure, roads, and bridges. The critical next step forward is to complete the long-delayed Environmental Impact Statement to allow seismic testing in the Atlantic. This will allow us to make science-based decisions on future activities with accurate data.”

“Today less than 3 percent of the Outer Continental Shelf (OCS) is leased for production. The impact of expanding production to the Atlantic OCS is too great of an opportunity to pass up. Pursuing energy independence in our own backyard, instead of relying on foreign sources of energy, will make South Carolina a safer, more prosperous state to earn a living and raise a family. If the Atlantic OCS is opened by the end of this decade, South Carolina and the country as a whole will benefit greatly.”