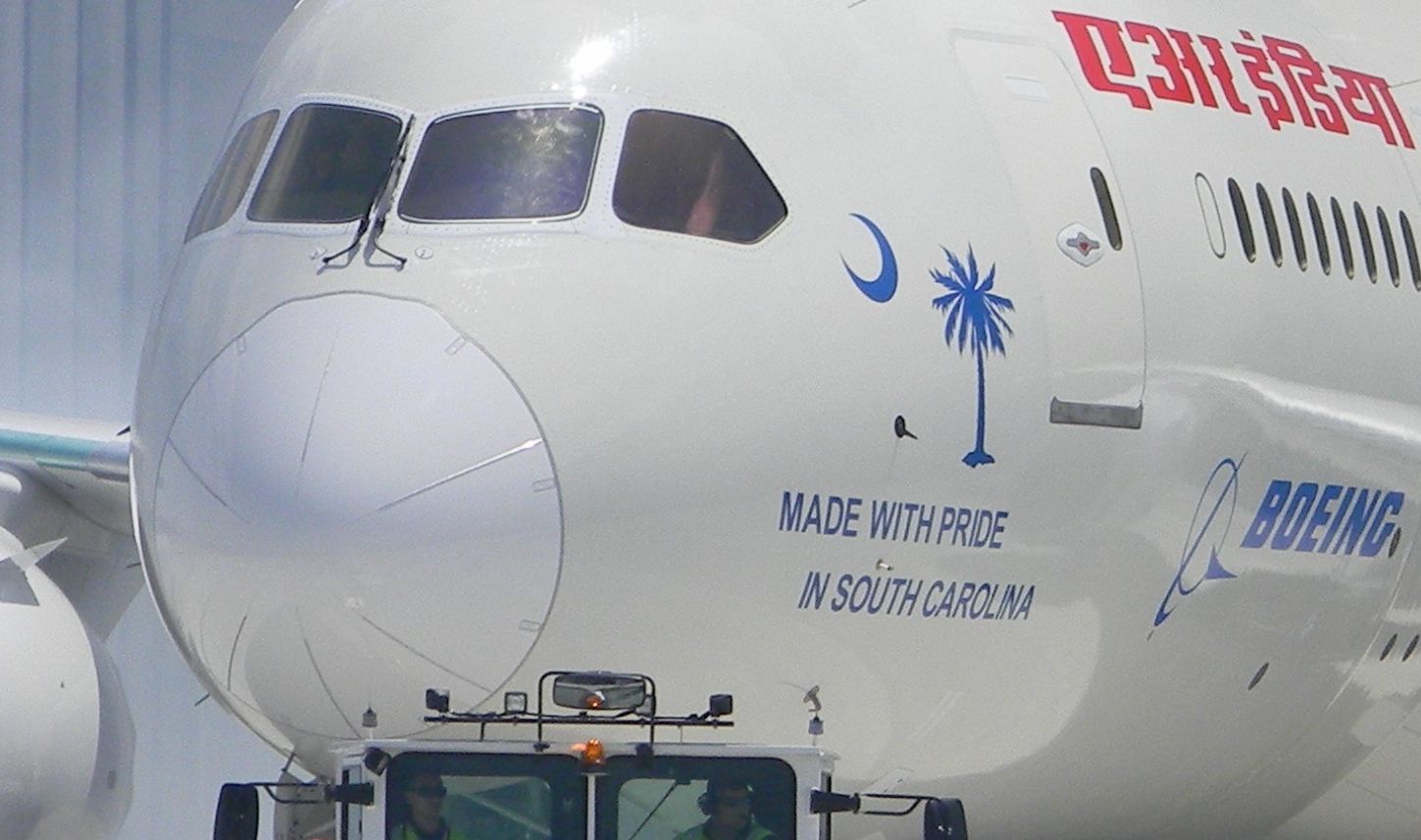 Meanwhile the “tide is turning” toward unionization at the plant – which would be a major blow to S.C. Gov. Nikki Haley, a vocal opponent of organized labor.

The North Charleston, S.C. facility – which has received more than $1 billion in taxpayer largesse – was originally supposed to produce three next generation passenger jets per month by the end of 2013. This summer, however, a company spokeswoman told Reuters the deadline had been pushed back to “mid-2014.”

Now sources tell FITS the deadline has been pushed back even further – and that the facility “might” reach its goal of three planes per month sometime in 2015.

“They are way behind,” one source told us. “They are not going to make the new deadline.”

Wow … no wonder the Palmetto State was dissed for Boeing’s 737 MAX and 777X projects.

Given the ongoing academic failure of the state’s government-run education monopoly … is that really any surprise?

Haley and other status quo-supporting South Carolina politicians have bet big on Boeing and its Dreamliner – which continues to experience all sorts of problems in the wake of its global grounding earlier this year.

There is tremendous financial pressure on the company to turn a profit on the program – and the delays in South Carolina (where 30 percent of new Dreamliners are eventually supposed to be produced) are obviously being monitored closely.

Haley has been Boeing’s biggest cheerleader, referring to 787s as “Mack Daddy Planes” during a speech to the Republican National Convention last year. Meanwhile S.C. Senator Hugh Leatherman – a big-spending liberal from Florence, S.C. who helped negotiate the company’s incentives – proudly refers to himself around the S.C. State House as “Senator Boeing.”

Neither politician was immediately available to comment on the disturbing reports coming from North Charleston.

Ignore That Glow In The Upstate