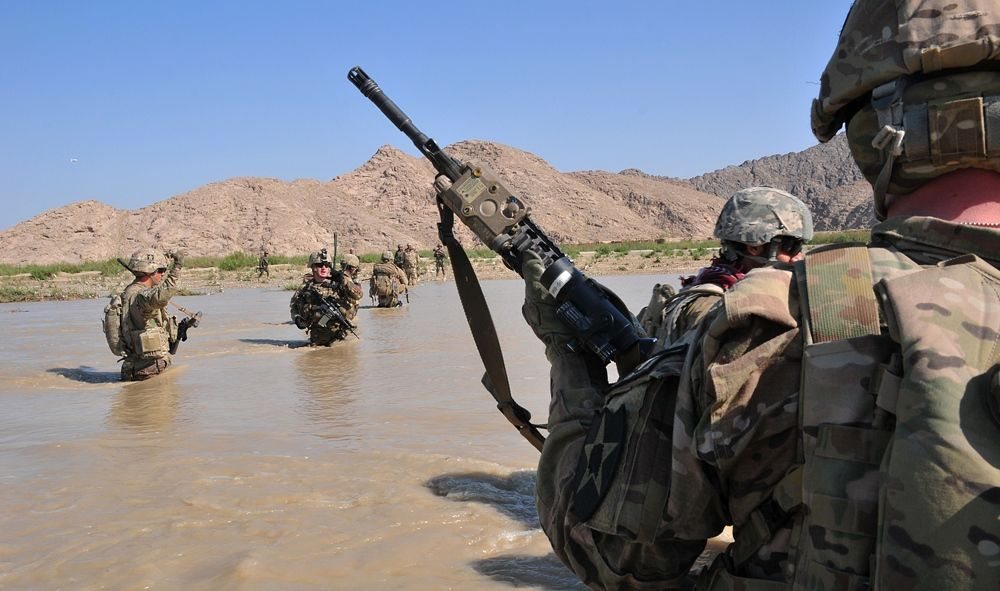 The U.S. Department of Defense has shelled out $150 million to Afghan companies “accused of helping to finance terrorist attacks on American soldiers and facilities,” according to an explosive new ABC News report.

The report – based on information compiled by the Special Inspector General for Afghanistan Reconstruction (SIGAR) – is the latest ridiculousness in America’s ongoing “War On Terror,” which just entered its twelfth year in Afghanistan.

What are we still doing there? Good question …

The SIGAR’s office – led by John Sopko – is the same agency which recently exposed the totally unnecessary construction of a 64,000-square foot U.S. military headquarters in the Helmund province of Afghanistan. The $34 million facility will … get this … never be used.

Astoundingly, the Department of Defense is refusing to stop issuing payments to these shady contractors.

“The reason they’ve given us is that it’s not fair to these contractors that the evidence that we’ve presented, and this is evidence collected by the United States government, is classified,” Sopko told ABC News. “That’s the absurdity of it. We can probably attack them via drone on Monday and we’ll issue them a contract on Tuesday.”

With taxpayers picking up the tab in both cases …

Oh well … we probably shouldn’t be surprised. After all it’s not like leading warmongers (most notably U.S. Sen. Lindsey Graham) haven’t wanted to subsidize terror networks in the past.

For those of you keeping score at home, a recent Harvard University study determined the true cost of the wars in Afghanistan and Iraq to be in the neighborhood of $4-6 trillion.

“The large sums borrowed to finance operations in Iraq and Afghanistan will also impose substantial long-term debt servicing costs,” the report found. “As a consequence of these wartime spending choices, the United States will face constraints in funding investments in personnel and diplomacy, research and development and new military initiatives. The legacy of decisions taken during the Iraq and Afghanistan wars will dominate future federal budgets for decades to come.”